Fidel Ramos, our general in Manila

In a hospital in the Makati district, in the financial and wealthy Manila, Fidel Ramos has died at the age of 94, the last great Philippine general and an extraordinary president when compared to his successors or a president incapable of hooking the Philippines on the train of frenetic development of Asia in the twilight of the 20th century. 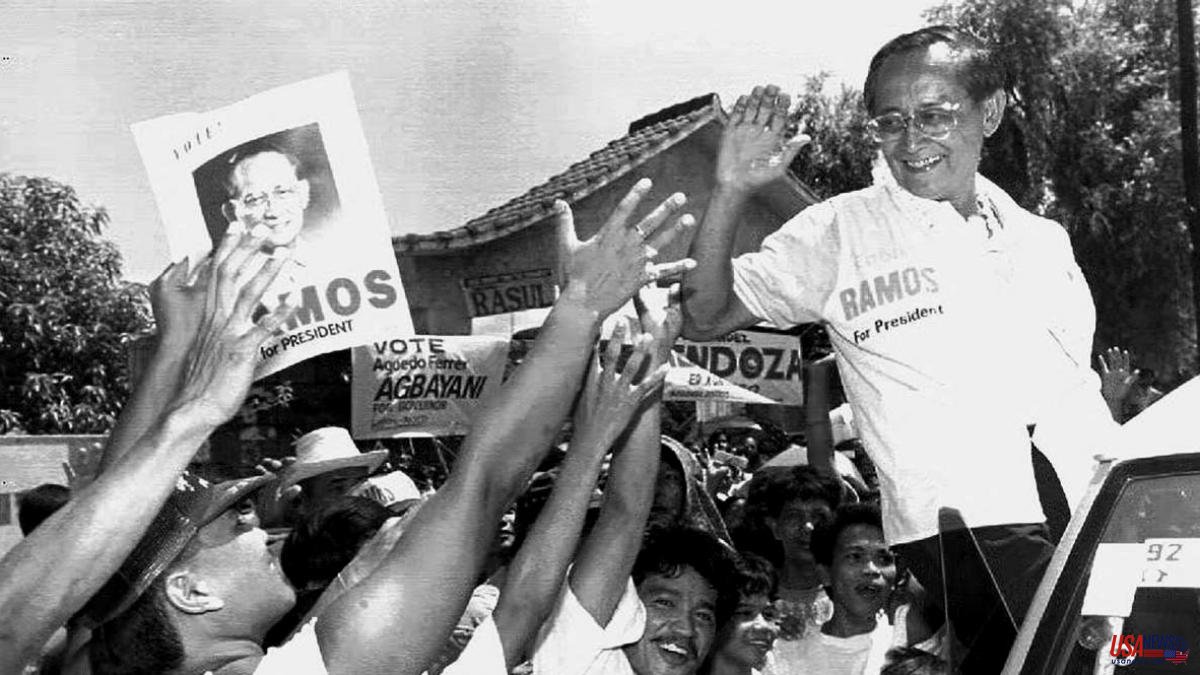 In a hospital in the Makati district, in the financial and wealthy Manila, Fidel Ramos has died at the age of 94, the last great Philippine general and an extraordinary president when compared to his successors or a president incapable of hooking the Philippines on the train of frenetic development of Asia in the twilight of the 20th century.

In the Philippines there have been two commanding and legendary generals: the American Douglas McArthur – famous for his “I will return” when he left the US headquarters on the Philippine island of Corregidor in 1942 in the face of the Japanese push – and Fidel Ramos, without whose “betrayal” dictator and second cousin Ferdinand Marcos in 1986, democracy would not have had the opportunity to flourish in the nation of seven thousand islands.

Fidel Ramos was not deprived in childhood: his father was a deputy and rare is the Philippine legislator whose children do not prosper, a kind of inbreeding that generates dynasties and is often a source of corruption (there is the new president Ferdinand Marcos jr. ). But neither did he settle down and he studied at the West Point academy, under full American tutelage of the Philippines, not only for historical reasons, but also because of the great importance that Washington gave to the Philippines during the cold war in general and that of Vietnam in particular.

His time at West Point and his participation in the conflicts in Korea and Vietnam, as head of the Philippine military contingent, guaranteed him the best possible mentor, the United States. He was also a Protestant – he would be the first non-Catholic president of the Philippines, a bastion of Catholicism in Asia.

The world learned about Fidel Ramos in the uncertain hours of the collapse of the marital dictatorship of the Marcos in 1986. As happened with the independence from Spain in 1898, pioneer of the anti-colonial movement in the Far East, the Philippines staged that 1986 the first democratic insurrection of East Asia, where only Japan was a democratic state.

The United States had no choice but to let President Marcos fall – who allowed himself to assassinate Ninoy Aquino, an opponent well regarded by Washington, as soon as he stepped foot in the Manila airport – and the strong man of the army, Fidel Ramos, was decisive in preventing a bloodbath and force the Marcoses into exile. Without military support, Marcos was left alone.

Fidel Ramos was decisive so that the first elected president in history, Corazón Aquino, the widow of the assassinated opponent, could fulfill her mandate. Up to six coup attempts were stopped by Ramos, to whom everything led – and so it happened – to the presidency in 1992, a campaign in which he gave us foreign journalists time and a few cigars. "Not even the CIA is interested in us anymore," a businessman told us. With the cold war won, Washington had closed its bases and the Philippines was unable to get on the regional train of development. Too much instability, corruption and infrastructure deficit. President Ramos stayed halfway and, alas, made way for his vice president, the actor Estrada. What could have been but was not.