Again Bayern made a European night bitter for Barça, who despite the defeat gave a good image at the Allianz and only the lack of aim on the many occasions he had prevented him from scoring a point and hitting the table. 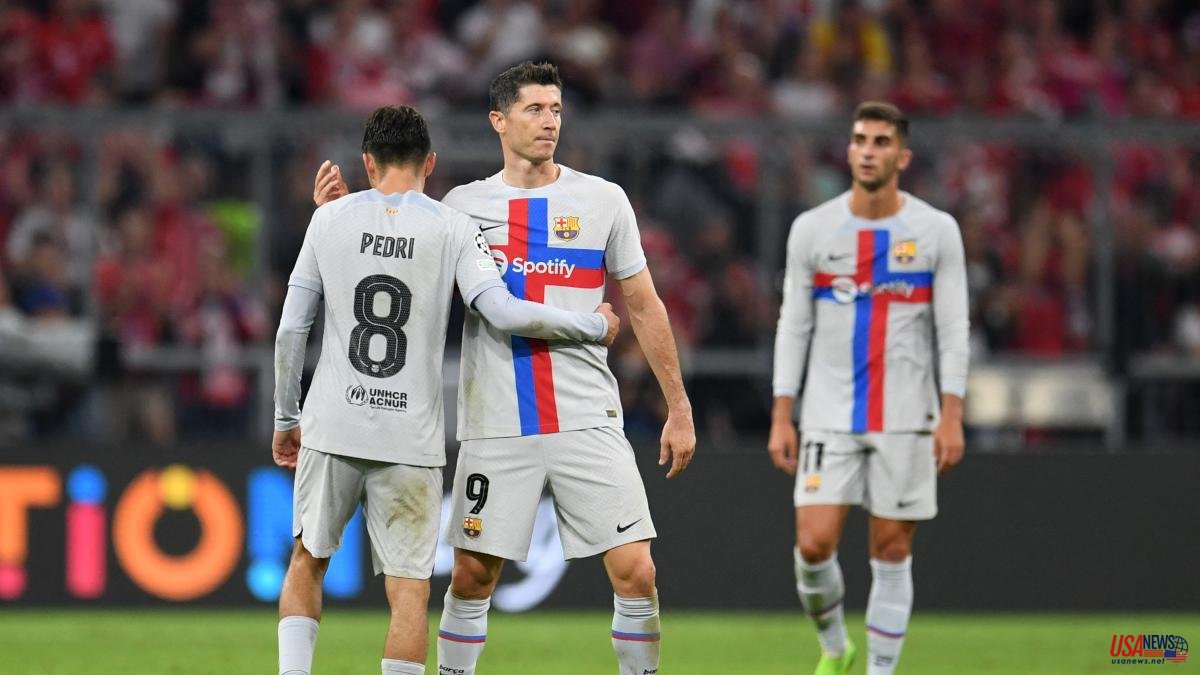 Again Bayern made a European night bitter for Barça, who despite the defeat gave a good image at the Allianz and only the lack of aim on the many occasions he had prevented him from scoring a point and hitting the table.

He reinforced his game bet and only the lack of aim of his men deprived him of getting out of Munich with flying colours.

He was once again a weapon to break Bayern's pressure and got a good hand on Goretzka. But at 1-0 he lacked forcefulness. At 2-0 he was sold.

The Frenchman repeated as a right-back and excelled at the ball exit, although he lacked reaching a little higher. In defensive tasks he applied himself with intensity and success.

He showed his shortcomings in the ball output. In defense, intense as always although he lacked forcefulness in the 2-0. He only tested Neuer with a header already in stoppage time.

He is a relief for his team in the ball exit and a bastion when it comes to defending high balls. He faced his first big test as a Barça player and solved it well.

He debuted as a starter and showed all the experience he has accumulated with a reliable and at times brilliant performance. Forceful in defense he was left with the desire to throw a free kick in the front.

The only one of the 'old guard' who is reluctant to give up his position and in Munich he showed why. He recovered many balls and was Barça's beacon. He even forced a yellow, although he ended up seeing another.

Perfió as usual without sparing efforts. She even dared with a volley that went high. But he did not have as much influence in the game as in his last games.

He said goodbye with the empty energy deposit, but not before shining with his own light. He lacked to complete the two scoring actions that he had. Neuer, first, and the post, later, denied him the glory.

Davies was emptied in coverage although he almost always lost. He shot three times in a good position and never found a goal. He must improve the aim.

He did not have a dream return to 'home'. The efficiency that he had been displaying disappeared magically in two very frank shots that he did not know how to convert into a goal.

He started fine, throwing a couple of runs against the house brand and threatening the German superiority. But he was diluted and ended up being inconsequential at night.

He forced a yellow on Kimmich.

His only shot was crossed.

He went out for a drink.

He didn't have time to make his mark on the Allianz.