With its own port on the banks of the immense Magdalena River, the factory of the Venezuelan petrochemical company Monómeros, in the Colombian city of Barranquilla, recalls other, almost unimaginable times in the relationship between the two neighboring countries. 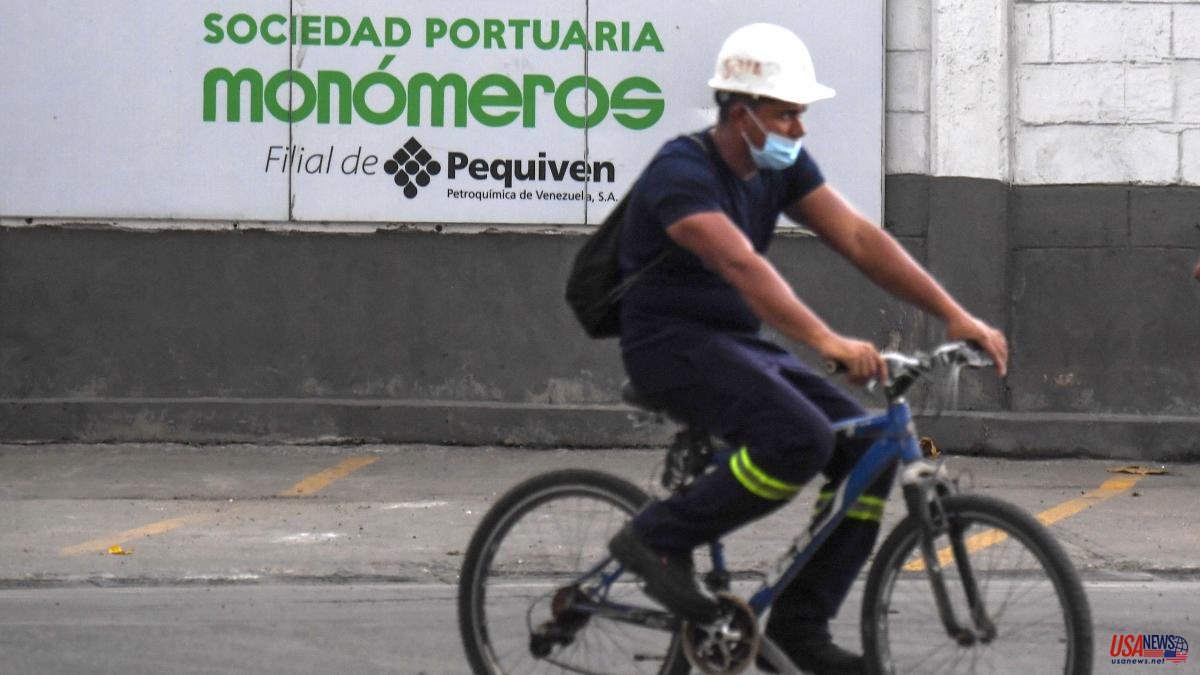 With its own port on the banks of the immense Magdalena River, the factory of the Venezuelan petrochemical company Monómeros, in the Colombian city of Barranquilla, recalls other, almost unimaginable times in the relationship between the two neighboring countries.

A labyrinth of steel pipes, through which the chemical components of plastics, synthetic fabrics such as nylon and fertilizers flowed, evokes the industrial developmentalism of the 1960s and 1970s, when Latin American economies grew faster than China.

Even more surprising, Monómeros –founded in 1969– emerged from a close collaboration between the states of Colombia and Venezuela. “When I started working, it was a jewel where the best Colombian and Venezuelan talents lived together,” said Colombian deputy Cesar Lorduy, who worked for Monómeros for 30 years.

After four years in which the petrochemical company has been used as a weapon in an unlikely operation to overthrow Nicolás Maduro, the new Colombian government of Gustavo Petro intends to recover some of the old spirit of bilateral understanding.

The grotesque recent history of Monómeros would have been the subject of Gabriel García Márquez, Álvaro Cepeda Samudio and the rest of the writers of the Barranquilla Group, who spawned Colombian magical realism here in the 1960s.

It began in 2019, when the conservative government of Iván Duque chose to support the regime change plan, designed by a radical current of the Venezuelan opposition, led by Leopoldo López and María Corina Machado, and by the administration of Donald Trump.

It consisted of recognizing the opposition Juan Guaidó as president of Venezuela, even though Maduro was in the real presidency. Guaidó would be transferred all the assets of the Venezuelan State abroad from subsidiary companies of the state oil company PDVSA, such as Citgo, in the US, or Monómeros, in Colombia, to gold bars worth 1,000 million dollars deposited in the Bank of England. At the same time, an oil embargo would deprive the Maduro regime of its only source of financing.

More than magical it was a surreal plan. After all, Maduro had the support of the armed forces. "It was a monumental clumsiness," Lorduy said in an interview held in his office in Barranquilla overlooking the famous swamp.

Duque backed him up with no less original initiatives. He organized the failed “humanitarian” invasion of Venezuela from the Colombian city of Cúcuta, in tandem with the Latin music festival Venezuela Live Aid, to which Guaidó arrived after crossing the border with an escort of far-right Colombian paramilitaries.

But the best gift from Duque to Guaidó was Monómeros, already a 100% subsidiary of PDVSA after the sale in 2006 of the Colombian stake to the government of Hugo Chávez. Monómeros was not worth as much as the US Citgo refineries and gas stations that Trump handed over to Guaidó. But taking control of the main supplier of urea and fertilizers for Colombian agriculture away from Maduro was a coup as spectacular as reggaeton in Cúcuta.

After recognizing the young leader of Voluntad Popular as president of Venezuela, the Colombian government handed over all the assets of the company in Barranquilla –and its 2,500 workers– to the parallel government.

The team of Guaidó and López, the latter already based in Spain, appointed a new council made up of a handful of political allies with little experience in business management and less in the manufacture of fertilizers.

The new management turned out to be a disaster. Monómeros lost access to credit and raw material suppliers. Its share of the fertilizer market in Colombia fell from 50% to 30%. She was intervened by the Colombian regulator for alleged irregularities and, in October of last year, she was forced to ask for a ransom from the Colombian government.

Meanwhile, a food security crisis in Colombia has intensified, caused in part by rising fertilizer prices, first during the pandemic, then after the Russian invasion of Ukraine. Petro took advantage of the opportunity and identified the delivery of Monómeros to Guaidó as responsible for the hunger crisis that was spreading not only in Venezuela but also in Colombia, aggravated by the arrival of millions of Venezuelan migrants.

All this happened in the midst of a scuffle of corruption charges. The millions of dollars that Washington allocated to the new parallel government would end up wasted in Cúcuta and embezzled in Barranquilla, where the new management of Monómeros hired a company based in Panama to carry out a series of shady deals.

“The management quality of Monómeros had been going down in the years of Chávez and Maduro; but we had not seen anything similar to what happened with Guaidó”, explained Lorduy. "It gives the impression that they are trying to break the company to sell it to the highest bidder." Guaidó's spokesman did not respond to an interview request.

Everything is about to change with the reestablishment of relations between Colombia and Venezuela, and an approach to Maduro from Washington. When Petro takes office on August 7, it is assumed that he will return the management of Monómeros to the Maduro government. Likewise, Biden has given signs that he will gradually lift restrictions on Venezuelan oil exports to try to lower world crude oil prices.

Washington's decision to extend until 2023 the exemption of Monomers from US sanctions can be interpreted as support.

In a telephone conversation between Petro and Maduro last week, there was talk of "recovering the border by cornering armed groups, opening cross-border trade and fixing the Monomers situation (...) in order to lower the price of fertilizers." A new study by the Venezuelan-Colombian Integration Chamber calculates that bilateral trade will triple when the border is opened, closed since the beginning of Duque's support for Guaidó.

But the reopening of the border will have other consequences: more gasoline smuggling and more freedom of movement for the criminal groups (paramilitaries, dissident guerrillas and drug traffickers) that roam the border area, from Cúcuta to La Guajira. “Venezuela has always been a drug trafficking route to the Caribbean and Europe,” explained researchers from the 360-degree medium in Barranquilla. "With the opening of the border there will be a change in dynamics."

In this sense, a priority measure for the new Caracas-Bogotá collaboration axis will be to prevent Monómeros from becoming a target of financial operations by "dark groups linked to drug trafficking," said José Luis Pirela, another Venezuelan opposition deputy, resident of Barranquilla "They want to buy it so that it can be used as a money-laundering instrument and to obtain camouflaged chemical precursors for the manufacture of cocaine, such as hydrochloride."