Ferreras and Iglesias: another episode of patriotic police disinformation

The lies of the patriotic police have opened a gap between the director of the Sixth, Antonio García Ferreras and the former Vice President of the Government, Pablo Iglesias. 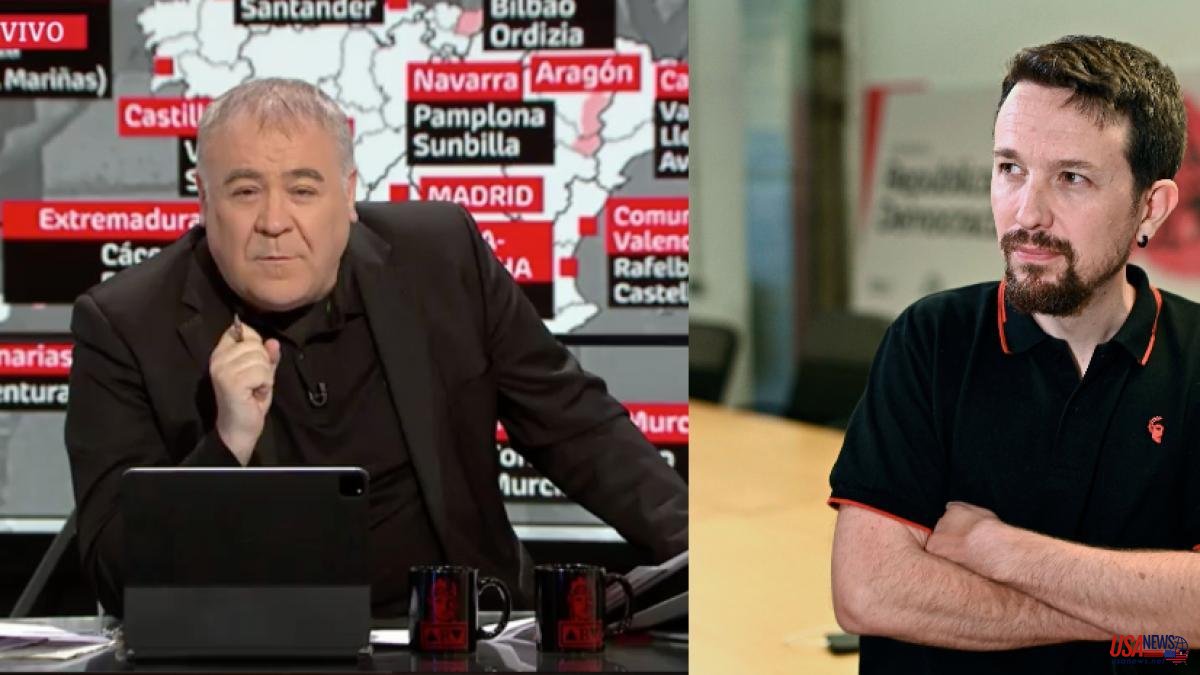 The lies of the patriotic police have opened a gap between the director of the Sixth, Antonio García Ferreras and the former Vice President of the Government, Pablo Iglesias. The founder of Podemos accuses the presenter of Al Rojo Vivo, the news program with a progressive profile on that chain, of participating in "the media sewers."

All this has been triggered this weekend, the same one in which Yolanda Díaz, anointed by Iglesias to succeed him, presented her political project, Sumar. Iglesias has monopolized much of the conversation on social networks on account of this confrontation.

Some recordings made by Commissioner Villarejo in which Antonio García Ferreras, the director of La Sexta and presenter of Al Rojo Vivo, participates, prove that the journalist would have given fuel in his morning program to information against Pablo Iglesias that the journalist himself , according to what emerges from these conversations, he did not consider plausible.

May 2016, two months before the general elections. Ok Diario, the digital one directed by Eduardo Inda published that the leader of Podemos had an account in a bank in a tax haven, the Grenadines, in which Nicolás Maduro, the Venezuelan president, would have deposited more than 200,000 euros. The information, as would be shown a few days later, was false.

In the conversations that have transpired now, Ferreras admits to Villarejo and to Inda himself that this information was not credible. “I'm going with it –explained Ferreras after having released the news days ago– but this is very delicate and it's too crude. It's too crude"

In another conversation, Ferreras adds: "I don't think Pablo Iglesias will open an account in the Grenadines (...) they are much smarter than all that."

The journalist, from the platform of Al Rojo Vivo, defended himself yesterday arguing that in those conversations published in part by El País and by a new “investigation” website, Crónica Libre – which appeared online just a few days ago – he tried to verify the veracity of the information that Inda had given in her program. "We never gave false information knowing it was." And he recognized that perhaps things could have been done better.

The leak of these controversial conversations appeared on the networks shortly before Iglesias was interviewed in FAQS , on TV3 on Friday night. Yesterday he also spoke at RAC1 where he attributed the spread of numerous false news that have crossed his political career to the "media sewers". He then intervened in the Planta Baixa of TV3.

For their part, the Col·legi de Periodistes de Catalunya (CPC) and the Consell de la Informació de Catalunya (CIC) have denounced "the complicity of a minority of media and journalists with the sewers of the State."

In their statement they assure that "the latest revelations reveal behaviors that violate the most elementary principles of ethics." "The bad practices of a minority of media journalists - they add - not only harm the credibility of the profession as a whole, but also harm democracy".