Ferran Latorre: "As a guide I have my daily dose of mountain drugs"

Ferran Latorre closed the circle, the culmination of the 14 mountains of more than eight thousand meters, five years ago, when he crowned Everest (8,848, 86 m. 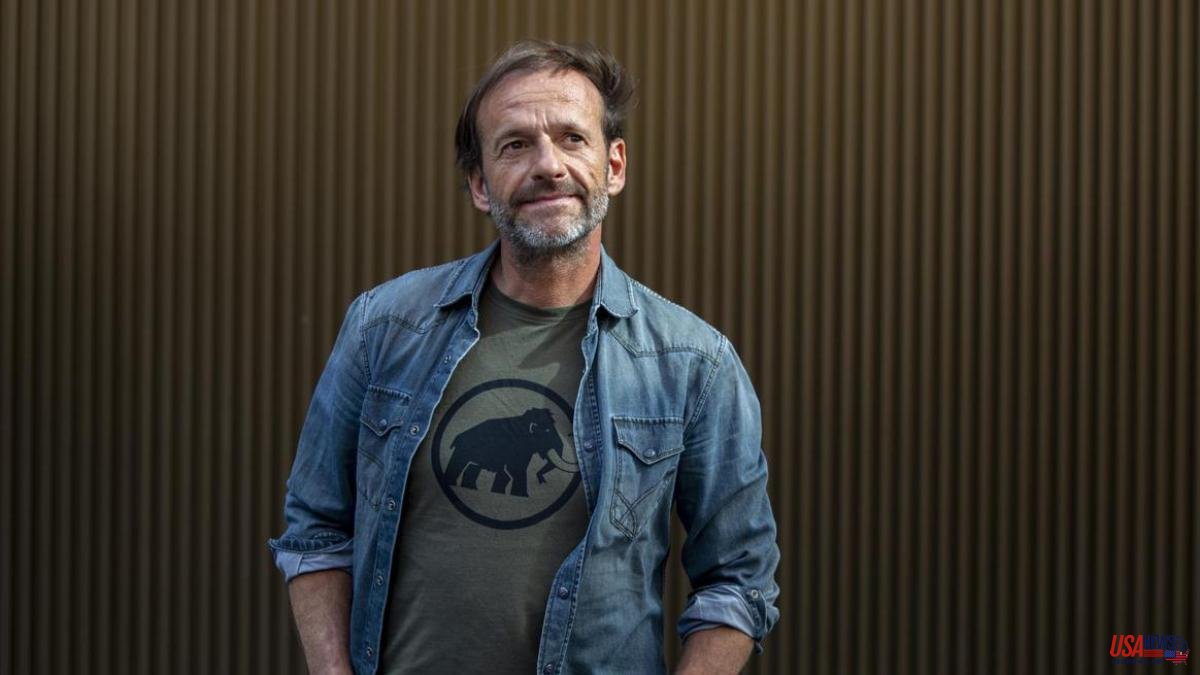 Ferran Latorre closed the circle, the culmination of the 14 mountains of more than eight thousand meters, five years ago, when he crowned Everest (8,848, 86 m.). That May 27, 2017 he "freed" himself from the roof of the world, in which it was his seventh attempt. He could not conceive of returning home without a top.

For the first time in his life, he used bottled oxygen, and then he declared his intention to return one day to upload it without resorting to that help. Does that idea still motivate you?

Honestly, at first yes, but as time goes by, that desire to do it fades. When you look at your career you would always want to improve many things, not just Everest. I was on Broad Peak in winter and I couldn't climb it, nor did I reach the west pillar of Makalu, which in fact is what I would most like to achieve, more than Everest without oxygen, because I consider it to be one of the three great routes of the Himalayas along with the K2 Magic Line and the Hornbein Corridor. I would also like to do routes in the Alps which I tried and couldn't finish. That regret remains and you think that you will return but as the years go by those longings fade and you reach a point of acceptance, you are in another mental and personal chip. Now I feel like another type of mountain adventure.

The important thing is the people with whom I would like to do them. I really want to go with Yannick Graziani [French mountaineer] to a 6,000 or 7,000 in Pakistan. I am also seduced by going to Alaska, to Mount Logan.

More than what is with whom?

Yes, yes, Yannick transports me to a point of genuineness, I know that what we do will be very genuine, I would go anywhere with him, he is an authentic mountaineer, committed and little media. I am no longer looking for the sporting challenge but a vital experience.

There are people who once they finish their projects, in their case the 14 eight-thousanders, a kind of existential emptiness invades them. How do you feel?

My advantage is that I have always suffered from an existential emptiness, I am of a romantic Germanic attitude and the slab of existence has always overwhelmed me. Whoever is not anguished by existing is an idiot... I am a quite transcendent person, I am not a Feliciano and I would love to be.

Is the mountain a good way out or escape route? Are you looking for calm or answers in the heights?

Yes. In fact, I wanted to study Physics because I wanted to understand where we are. The esoteric approach has never caught my attention, nor the religious, nor the mystical, but through science. On the other hand, what attracted me most to the mountains when I was young was the need to be in wild and very lonely environments where you feel the heartbeat of nature. In those places, on a Himalayan peak, your life hangs by a thread and so you cling to it.

I need it. I've always said that when I was young I had a problem, I fell for drugs... from the mountains, a drug that disrupted a predictable existence. As with all addictions, I put it all aside.

To the pleasure of being in wild places, having earned being on that top, on that stage..., which connects with my existential exasperation. There is also a point of romanticism, of doing things that are useless but have that point of romantic heroism. If humanity disappeared now, what would you do? Well, I would go to the Pyrenees to climb a peak.

After the 14 eight-thousanders, what projects are you excited about now?

It is true that when I finished them I did not find a similar challenge, now my goal is to survive, to be a good guide of high mountains, to give lectures and to help the Federació d’Estitats Excursionistes de Catalunya, of which I am technical director.

Five years after his Everest, he maintains the image of the summit with the oxygen mask in a prominent place on some of his social media accounts. Do climbers need to be more honest or accurate in counting their ascents?

Obviously yes. Mountaineering has something very good and very perverse at the same time: it is the only sport without written rules and it is very difficult for the general public to understand which activities have more value. On the one hand, not having an organization that judges you and gives you a number is very good because it gives this idea of ​​debauchery but, at the same time, it has that perverse point that makes it possible for there to be people who can cast as important things that they don't are. It's been a lifetime.

The general public may be neophytes, but at this point and with the existing media, do you think that at least the professionals should show proof of their ascents, such as photos, itineraries through GPS devices...?

There would be two types of traps. One, lying taking advantage of the fact that there are no witnesses; Throughout history there have been notorious hoaxes, such as the ascent of Cerro Torre [by Cesari Maestri in 1959]. And, another would be to give more mountaineering value than what has been done really has. Professionals have it very easy to provide evidence. I think that 99% of mountaineers are good people, just as I want to believe that 99% of the population is, what happens is that with mountaineering they have a gold mine because sometimes there are no testimonies and they take advantage of the fact that it is a difficult sport to understand.

Now you work as a high mountain guide, do you feel nostalgic for the past times?

Yes, because I think I have things pending. In any case, I work a lot as a guide and the hours I need to be on the mountain are well covered; Deep down, when I finished the 14 eight-thousanders I could have dedicated myself to a normal job or entered politics, but as a guide I have continued to look for the excuse to have my daily dose of drugs.

How do you see the future of Everest, a mass peak in spring and without limits?

In its day, I already told the Nepalese that they should demand requirements from people who want to upload it and, in fact, they announced measures that they did not apply. There are only two ways to regulate access, making permissions more expensive and/or putting filters on those who want to go. But I am pessimistic because Everest is a business for Nepal, a country that needs the money. Western agencies only set limits to avoid problems, it's the same thing I would do as a guide, if a client without level asks me to accompany him before, I would take him to other peaks and plan Everest two years ahead. If, for example, I now want to run the Montblanc Ultra Trail, they won't let me, they demand points that I don't have, which perhaps makes me feel more eager to participate in this test. I think that the trivialization of Everest can harm them, if they value this mountain again they would benefit.