Ferran Garcia Seville as you have never seen it before 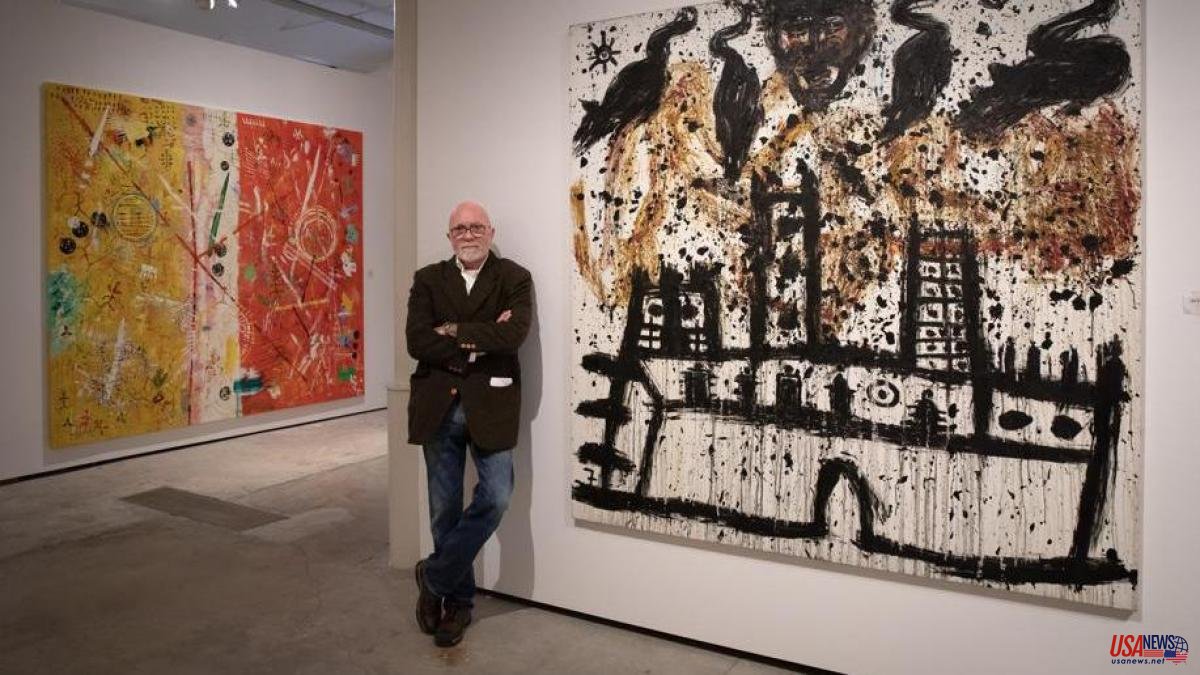 Ferran Garcia Sevilla (Palma de Mallorca, 1949) is famous for being an irreducible, uncomfortable, free, vitalist, passionate, authentic and radical edge. He is not just talk and he has earned it hard. In 2018, he refused to allow his work El far-lo del poder (fuck, bite) to be used by the Reina Sofía Museum to celebrate the 40th anniversary of the Constitution, a year later, during the demonstrations against the procés sentence, he entered into the Macba to hang stickers with the word Llibertat in the face of the opposition of those responsible for security, and now, recently arrived at the MNAC, where he has donated some fifty works made at the end of the Franco regime, he threatens to turn the museum itself upside down.

"The brain is lazy, it needs a lot of glucose to function, and a tour of a museum only reaffirms our perception of the world," he says, so his mission should be to "de-educate" the visitor, shake him so that everything explodes and leaves your mental pigeonhole, so you can see things differently. Ideas are not lacking and Pepe Serra, its director, takes note between perplexed and amused: from introducing a copy of Darwin's The Origin of Species in the Pantocrator room to the most extreme of creating a 'witch's house' in the oval room. In any case, the director admits, "our collection has already changed, it is totally different after its donation" and his ideas permeate all the staff.

Ferran Garcia Sevilla went from being one of the most relevant figures of conceptual art in the 1970s to reinventing himself, in the 1980s, as one of the most brilliant painters with the greatest international impact. At the turn of the century, he left the studio and stopped painting, tired of a system that controls his meanings and encourages fast food art that everyone can understand “like Brossa's visual poems”. “A little more level and complexity”, cries the artist, who later discovered the computer and the digital medium as a tool to continue conveying his fascination for the cosmic world to denouncing power or violence. In recent years it has been practically hidden, in the shadows, which is why the project promoted by the MNAC –it shows a selection of the donated works- and Tecla Sala de l'Hospitalet, which covers its entire career: Cosmos, is quite an event. -Chaos. García Sevilla as he had never been seen before.

His work, like himself, is also irreducible, uncomfortable, vitalist, passionate, authentic and radical. And all at the same time. And for that very reason, hardly classifiable. “He was one of the pioneers of conceptual art and lived with El Grup de Treball, but he was always free and for example he was the only one who did not sign the manifesto against Tàpies. And once he became a painter, he also distanced himself from the postmodernists: his painting was neither playful nor narcissistic, ”says the curator Àlex Mitrani, curator of both shows.

While in the MNAC you can see his first works on the Mallorcan landscape and works that have to do with the fight for freedoms in the context of late Francoism (a video on the death of Puig Antich based on the news published in El Caso , a box of vandalized coins with Franco's face, his own communion missals muted by screws or photographs taken with the camera hung around his neck while he ran in front of the grays in a demonstration...), in Tecla Sala hatches the painter who just as he introduces texts on the canvas (I had to kill her because they said she was mine) that he paints with his own fluids or overturns his entire world in works such as the triptych La guerra, where Zeus and Venus meet Heraclitus, Homer or the Marquis de Sade , cooking recipes from the Roman Empire, the list of fighting peoples around the planet, executions, wild boxing ring matches, Leonardo, Caravaggio, Miró or Mondrian.