Fernando Franco claims the right to sex for the disabled

After The Wound, where he dealt with Borderline Personality Disorder, and Dying, about the way in which the terminal cancer that one of them suffers affects a couple, Fernando Franco succeeds with The Rite of Spring, which he presented today to competition at the San Sebastián festival, his "most luminous" film. 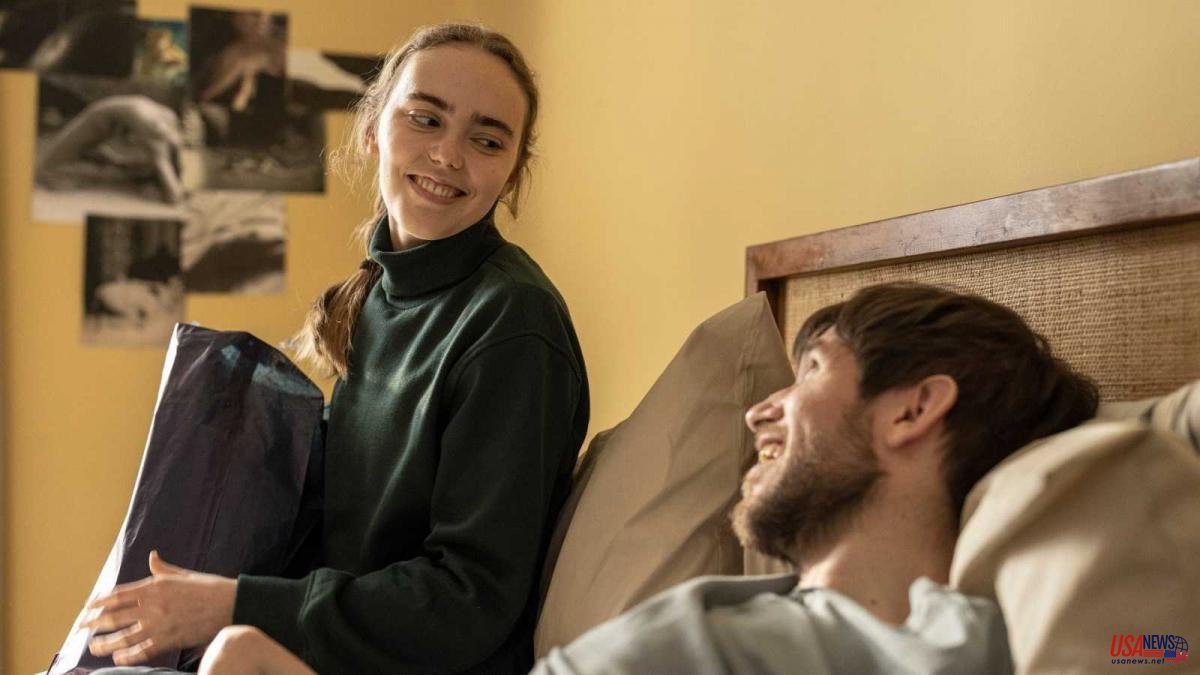 After The Wound, where he dealt with Borderline Personality Disorder, and Dying, about the way in which the terminal cancer that one of them suffers affects a couple, Fernando Franco succeeds with The Rite of Spring, which he presented today to competition at the San Sebastián festival, his "most luminous" film. And surely more ambitious, since it raises various issues and situations, such as the right to sex of disabled people.

The film explores the sexual awakening of Laura (Valeria Sorolla), an 18-year-old virgin from Manacor and from a very religious family, who comes to Madrid to study Chemistry at a College. She feels alone, she has few economic resources and she needs to feel useful because she says that she wants to do things but never finishes them. At a party she meets David, a boy with cerebral palsy with whom she strikes up a friendly relationship.

She feels very comfortable by his side, they talk and listen to music in her room and she also establishes a very familiar relationship with her affectionate mother -played by Emma Suárez-, who one day tells her that she has paid prostitutes and sexual assistants to satisfy her needs. from David. At that moment, Julia will feel the need to help her friend in this regard as well, although she will do so for a fee.

The germ of the film arises from the fact that "there is a subject that interests me, which is the figure of the sexual assistant, something that I did not know, and that is why I began to investigate. It seemed interesting to me to make a film in which that plays a role without it being the core. I wanted to start from that theme to build some characters that orbit around it without it being a film that intends to teach about anything," the director explains in an interview with La Vanguardia, who tries "not to judge the characters and leave gaps for that the spectator thinks about what he has seen and draws his own conclusions".

Franco assures that he wanted to work "on the idea of ​​prejudice, so that the public can confront many things that we have because of cultural baggage that makes us think that the character of Valeria surely does not hide anything, despite the fact that she has insecurities and some blocks, and that David's, which a priori can lead us to feel pity, does not feel that way. The help is mutual".

The Sevillian director believes that there are not many films that deal with this subject and that it is like a "dark area that is not given the attention it needs" despite the fact that "it is part of our daily reality. The fact that it gives rise to that we talk about a topic, that we think about it and don't look the other way, that's enough for me".

The Barcelonan Valeria Sorolla, who makes her debut in this film and surprises with her Majorcan accent, felt that she was in a "special project" from the moment of casting. To prepare her character, whose naked body covered in flowers upholsters the film's poster, she has pointed out that the "focus was to find the tone" and that there has been a lot of previous work and rehearsal with Fernando and the rest of the actors.

"I feel that I have experienced an internal journey with Laura that has transformed me since I did the casting until I finished filming. I have understood my profession more and I have enjoyed it a lot," he says. The actress has connected with her character "from the vital moment in which she finds herself, leaving home for the first time, wanting certain things and not being able to is something I empathized with from the beginning and above all more than the experiences, His emotions".

Sorolla adds that "Laura feels the desire to be with David, to want to find that space that no one else can find. And the issue of money is something that justifies being with him."

For Franco it was very important that David be played by an actor with cerebral palsy. They found Telmo Irureta, who has done a lot of theater, and with the test of him with Valeria the chemistry flowed. The character of a mother who goes out of her way for hers, her son, played by Emma Suárez, is written for her "because of her delicacy". "Both she and Valeria and Telmo give birth to the film", concludes the director.