The Aston Martin Aramco Cognizant Formula 1 team has made the signing of Fernando Alonso official for next season. 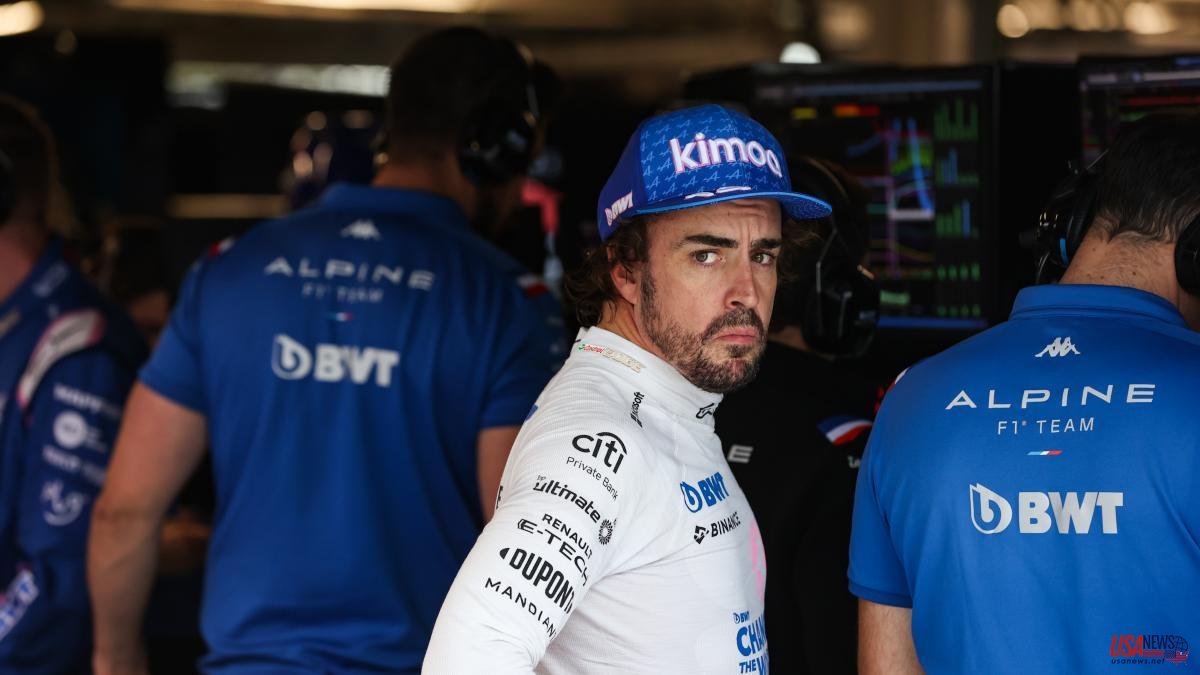 The Aston Martin Aramco Cognizant Formula 1 team has made the signing of Fernando Alonso official for next season. The Asturian pilot, in the ranks of Alpine Renault, will thus occupy the place that Sebastian Vettel will leave empty. The German, at 35 years old, recently announced his retirement from motorsport at the end of this campaign. The competition is now closed for holidays until August 26 and an announcement of such caliber was not expected until the return to the circuits.

When everything pointed to a renewal of Alonso with Alpine and Mick Schumacher, Vettel's friend, was running as the main candidate to succeed him in the green team, the surprise jumped. The agreement was made public through a statement on the team's website and social networks. "The Formula 1 Aston Martin Aramco Cognizant team is delighted to confirm that Fernando Alonso will join the team in 2023 on a multi-year contract," reads the headline of the published note.

"The entire company is very excited to bring Fernando's incredible experience and brilliant career to the team," they say. Aston Martin, which after thirteen races so far this year occupies the penultimate place in the constructors' standings, with Sebastian Vettel in fourteenth position, Lance Stroll in eighteenth and Nico Hulkenberg last, expresses his ambition and his hunger to continue growing in the Formula 1 with this signing. "The recruitment of a talent as special as Fernando's is a clear statement of intent from an organization that is committed to developing a winning Formula 1 team," they say in the same statement.

Alonso has also spoken and explained the reason for this new and unexpected step in his career. "Aston Martin has the energy and the commitment to win, it is one of the most exciting teams in Formula 1 today," he says in statements collected on the team's website. “I have known Lawrence and Lance (Stroll) for years and they obviously have the ambition and passion to succeed, this is a great opportunity for me,” he continues.

At 41 years old, after more than 20 years active, he maintains the illusion and the desire to show that he is still one of the best riders on the grid. "I still have the hunger and ambition to fight to be up there, and I want to be part of an organization that is committed to learning, developing and succeeding," he confesses. Obviously, given the poor performance of the team in the first half of the season, there is still a long way to go to achieve the success desired by all. "We are aware that there is a lot of work to do to reach the goal and that we must put all our energies into working together to perform at the best level," he says.

Fernando Alonso and Aston Martin will join forces from 2023 for several years (the duration of the contract is still unknown) with the goal of succeeding in Formula 1. The Asturian driver is in tenth position this season in the general classification and seemed close to renew with Alpine, despite the fact that the leadership of the team did not finish agreeing. "The passion and desire to race at the highest level of Aston Martin have convinced me to maintain my commitment and my joy for the sport. I want to win again and that is why I must take the good opportunities that come my way," Alonso said.