The PP will repeal all the laws that have been appealed to the Constitutional Court, or will be in the coming months, considering that they are ideological laws, that the Government has not wanted to agree with anyone, nothing more than with its partners and against the Constitution. 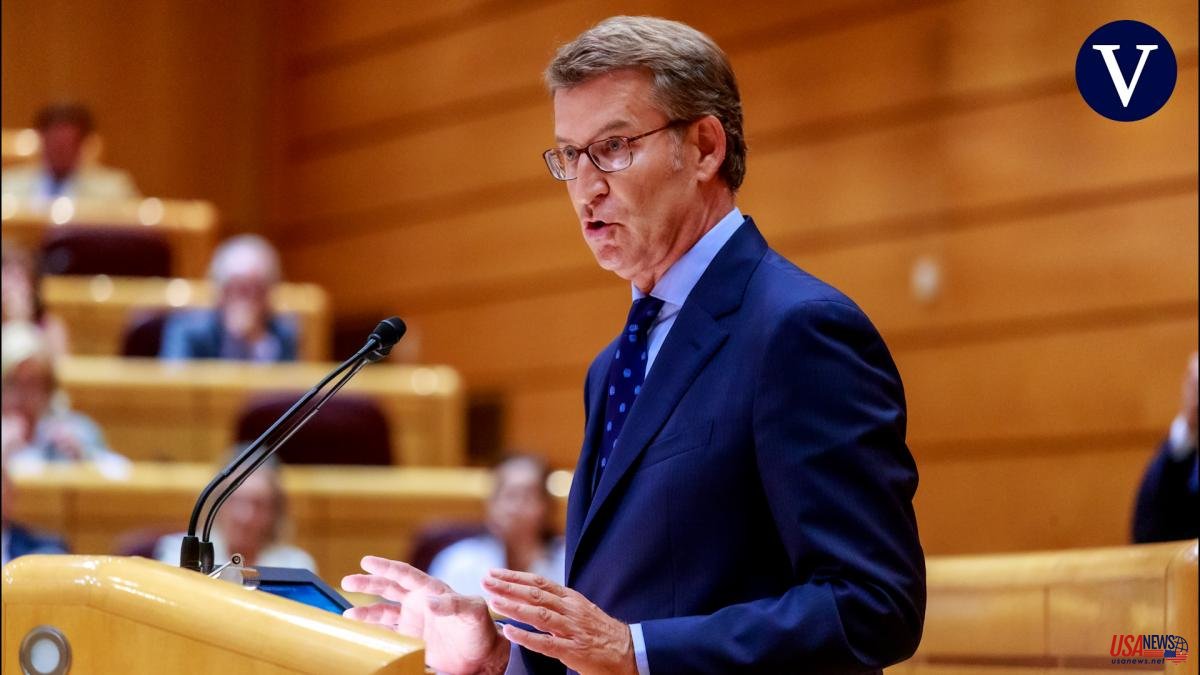 The PP will repeal all the laws that have been appealed to the Constitutional Court, or will be in the coming months, considering that they are ideological laws, that the Government has not wanted to agree with anyone, nothing more than with its partners and against the Constitution.

In an interview on Cadena Cope, the president of the PP, Alberto Núñez Feijóo, cited, among the laws that the PP would repeal if it were to govern, are the Historical Memory Law, the Education Law, "because it equalizes below and does not seek excellence"; the law of official secrets, if it is approved, or the abortion law, in which it again allows minors under 18 and over 16, "who cannot drive or vote", to have an abortion without the consent of their parents. fathers.

The leader of the PP considers that some parents cannot force that minor to abort, and if there is no agreement between the parents and the minor, there should be a sentence from a family court, which analyzes the circumstances. Feijóo does not believe that there is a clash in the PP over abortion and considers that the previous law is widely accepted. For this reason, he considers that although Isabel Díaz Ayuso has expressed a different opinion, which is based on the fact that parents should know but cannot influence, since the decision belongs to the young women, there is a broad consensus on the position, because "it is not a substantial discrepancy.

Feijóo continued to unravel some of the measures included in his energy plan, which he will send to La Moncloa today and will be presented by the PP's Deputy Economic Secretary, Juan Bravo, such as the one that involves establishing a discount for users who reduce their energy consumption, or cap the price of renewable, nuclear and hydraulic energies while the crisis lasts.

It also includes stopping the energy transition calendar, to accommodate the move to renewables, guaranteeing jobs and the ability of households to access energy, while the war lasts. This would mean lengthening the life of the nuclear ones.

On whether he will support the tax on electricity companies on the excess profits that the Government foresees, Núñez Feijóo assured that he will see what proposal he makes and will not support anything that deviates from what the European Union is proposing, that is to say that they are taxes on that surplus of benefits that go not to increase collection, but directly to a drop in the receipts of the most vulnerable. "If the government ignores these approaches and only thinks about collecting for the public treasury, the PP will be against it," because it will be a tax that goes "against the medium and low rates."

The president of the PP was also asked about the renewal of the General Council of the Judiciary. Feijóo was surprised by the "furious response" of the Government "that does not agree to speak again", and stressed that it has been shown that the only thing that interests him is "a list for a change of trading cards", something that he considers that "in Europe is not admissible."

Feijóo recalled that in its latest proposal "after listening to Lesmes", the PP has renounced its previous condition of modifying the law so that the judges are chosen by the judges, and that the negotiation is based on "suitability criteria" that it considers assumable by all: that a minister cannot go from the Council of Ministers to the State Attorney General's Office or to the Council of the Judicial Power directly, but five years have to pass; that a judge who is dedicated to politics cannot return to the judiciary until two years have passed, or that the magistrates of the Supreme Court have to have been in the judiciary for at least 25 years.

Feijóo is convinced that in the Judiciary, as in the Constitutional Court, the only thing that Pedro Sánchez intends is to place the people closest to the Government, not only the PSOE, but also Podemos, for this reason, he believes that the threat of appoint its members of the Constitutional Court if tomorrow the General Council of the Judiciary does not appoint those who correspond to it, it may be interesting to know "the profile of the magistrates that it wants to send to the TC".