The PP maintains its position for the renewal of the General Council of the Judiciary, which makes it difficult for an agreement to come out of the meeting between the President of the Government and the leader of the PP, although Alberto Núñez Feijóo assured that he would attend the meeting with the best predisposition . 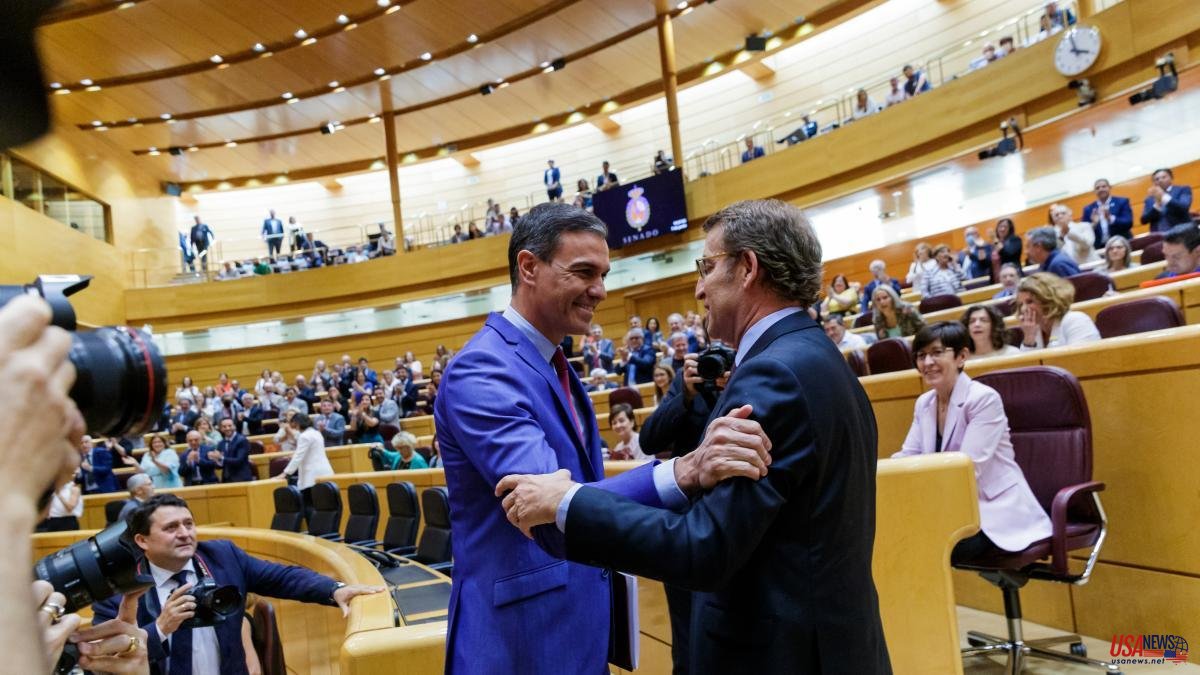 The PP maintains its position for the renewal of the General Council of the Judiciary, which makes it difficult for an agreement to come out of the meeting between the President of the Government and the leader of the PP, although Alberto Núñez Feijóo assured that he would attend the meeting with the best predisposition .

This was stated by the president of the PP, Alberto Núñez Feijóo, in an interview on the Ana Rosa Program, on Telecinco, which was scheduled before the Prime Minister summoned the leader of the main opposition party on Sunday night to La Moncloa, after learning of the resignation of the president of the General Council of the Judiciary and the Supreme Court. This is the second meeting between Sánchez and Feijóo, since they have not seen each other since April, when he was elected president of the PP.

Feijóo assured that he is going to La Moncloa with "the spirit of trying to renew the Council", but he will put on the table, he said, the proposals that the European Commissioner for Justice expressed during his visit to Spain, that "the Council must be renewed, and at the same time modify the law so that the judges have more protagonism" in the election of the members of the CGPJ that must be chosen among the judges and magistrates.

Feijóo made it clear that if "the only thing" that Pedro Sánchez offers is "a change of cards", consisting of "you have so many members because I have a majority and you have less because you are in the opposition, but we are not going to change anything", no there may be agreement.

The popular leader made it clear that the PP has already renounced its original approach, which was to first change the law, and then renew the Council. Now the PP agrees to renew the Council with the current law, but wants a commitment to come out that within six months a bill is presented to modify the form of election.

And meanwhile, for the renewal on this occasion, the PP's approach is to establish a "procedure" for the appointment of members, and then put names. In this procedure, for the PP, it must be established that a minister or an active politician cannot go directly to the Council or to positions such as that of State Attorney General, that five years must have passed since the political position was held. .

For Feijóo, this is important, considering that the Government has already intervened in many institutions, from the CNI or the CIS to RTVE, the latter, passing through the INE, after having taken away from the Council the powers to be able to make appointments, by not letting it appoint neither Supreme Court magistrates nor Constitutional Court magistrates, although this competence has been returned to him, "because it interests him".

Thus, in the PP there is a feeling that no agreement will come out of the meeting, although it can be agreed, "if Sánchez is willing to agree", to resume negotiations so that there is a renewal.

Feijóo also recalled that the PP has always been willing to renew, and for this he sent in July, to the President of the Government, his proposal for the renewal of the Council, without having received a response so far. A proposal that he sent him again in September, when the president of the Supreme Court and the CGPJ urged Sánchez and Feijóo to reach an agreement for the renewal.

Feijóo assures that he goes to La Moncloa with "the best predisposition", because "I am going to try to abstract myself from the campaign of insults and disqualifications carried out by the Government and himself since July, and try to serve my country".

A campaign that hurts him and that in his opinion had not been seen before, and that he had not received "even from the opposition when I was in government", in Galicia, with "54 minutes of disqualifications", on its first face face to face in the Senate, which in his opinion is due to the President of the Government's nervousness about the polls, and because "he has no arguments, because when you have no arguments to defend your management" you only have, he said, "to become leader of the opposition" even if you are the Prime Minister.