Support of the PP, without any type of apostille, to the manifesto of the Assembly for a bilingual school, which defends that Castilian is a vehicular language throughout Spain, and that therefore this precept, which has been rendered ineffective, is applied in Catalonia after the legislative modification that Catalonia has made to annul the ruling of the Superior Court of Justice of Catalonia. 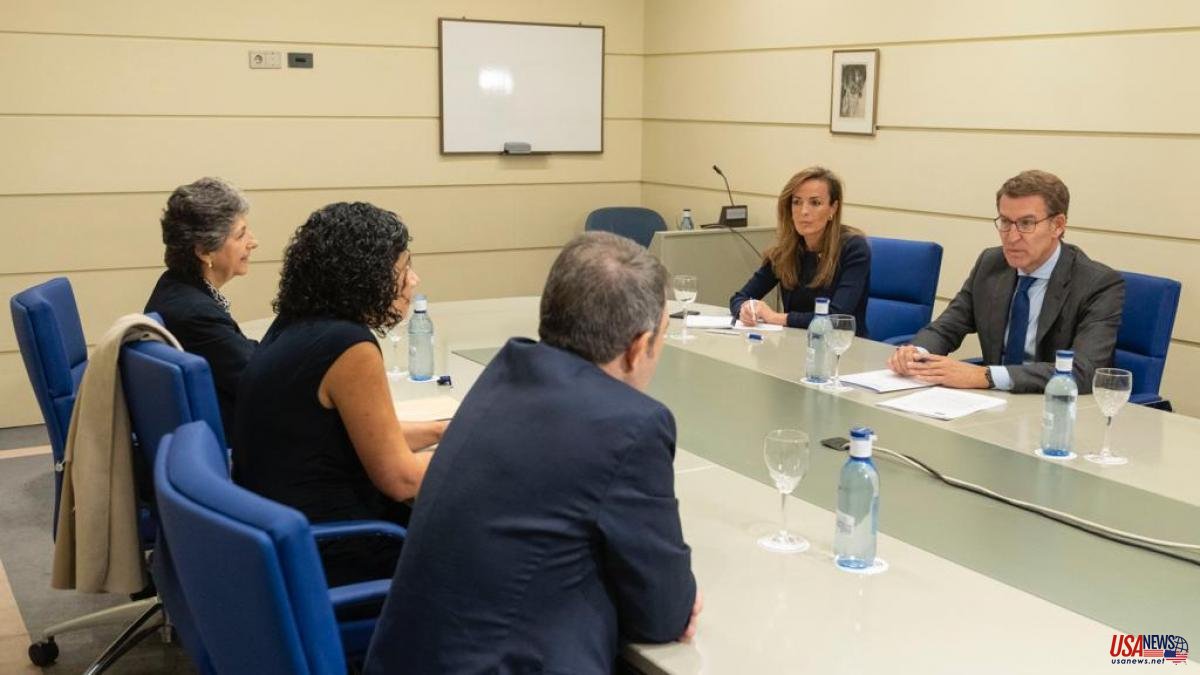 Support of the PP, without any type of apostille, to the manifesto of the Assembly for a bilingual school, which defends that Castilian is a vehicular language throughout Spain, and that therefore this precept, which has been rendered ineffective, is applied in Catalonia after the legislative modification that Catalonia has made to annul the ruling of the Superior Court of Justice of Catalonia.

According to PP sources, both the PP and the representatives of the Assembly for a Bilingual School reaffirmed their defense "of compliance with the Constitution as the best tool for students in Catalonia to be able to study in Catalan and Spanish" while respecting the judgments of the courts of justice.

Núñez Feijóo and Ana Losada undertook, at the meeting, to work together to ensure that Castilian becomes the vehicular language in Catalonia, within a regulatory framework that recognizes linguistic rights throughout Spain in favor of "real and balanced bilingualism" , in terms of the president of the Assembly, thus coinciding with Feijóo, who always advocates "cordial bilingualism".

It is not a new position of the PP. Alberto Núñez Feijóo has been talking since the day he was elected president of the PP that in the communities with their own co-official language there is a "cordial bilingualism", which he places in which the two languages, Spanish and the co-official language, are vehicular in the school , under equal conditions, so that students learn both languages, and then can express themselves in whichever they consider appropriate.

This would not imply that the PP defends that in Catalonia Spanish has to be the language in which half of the teaching hours are taught, since it always makes the apostille that it is the sentences of the courts that must be complied with, and In the Catalan case, the Superior Court of Justice of Catalonia, in a ruling ratified by the Supreme Court, established at 25% the teaching hours that should be given in Spanish.

This is the reason why the PP, already with Feijóo as president, appealed last July, before the Constitutional Court, the decree-law that the Generalitat of Catalonia approved to circumvent the sentence of the Superior Court of Catalan Justice (TSJC) that requires at least 25% of classes in Catalan schools to be taught in Spanish.

In its appeal, the PP emphasizes that both the decree and the law omit "any reference" to Spanish as the vehicular language in education in Catalonia, which would "violate" the Spanish Constitution, the Statute of Autonomy and the doctrine of the Constitutional Court. Likewise, the PP appeal considers that the Generalitat's justification for using a decree law is not valid because it does not seek to prepare for the next school year, but rather to obtain "legal coverage to avoid immediate compliance with the TSJC ruling."

The appeal, together with another similar one presented by Ciudadanos, has been admitted for processing by the Constitutional Court in September, which the PP celebrated, since the Government, which could have appealed the rule and request its precautionary suspension, decided not to appeal the decree law, something that the popular attribute to the conditions imposed by their ERC partners in order to continue having their parliamentary support.