The president of the PP, Alberto Núñez Feijóo, assures that he is willing to negotiate the renewal of the General Council of the Judiciary, blocked for more than four years, but now "without deception", in reference to how while talking about the judicial members agreed with ERC the abolition of the crime of sedition. 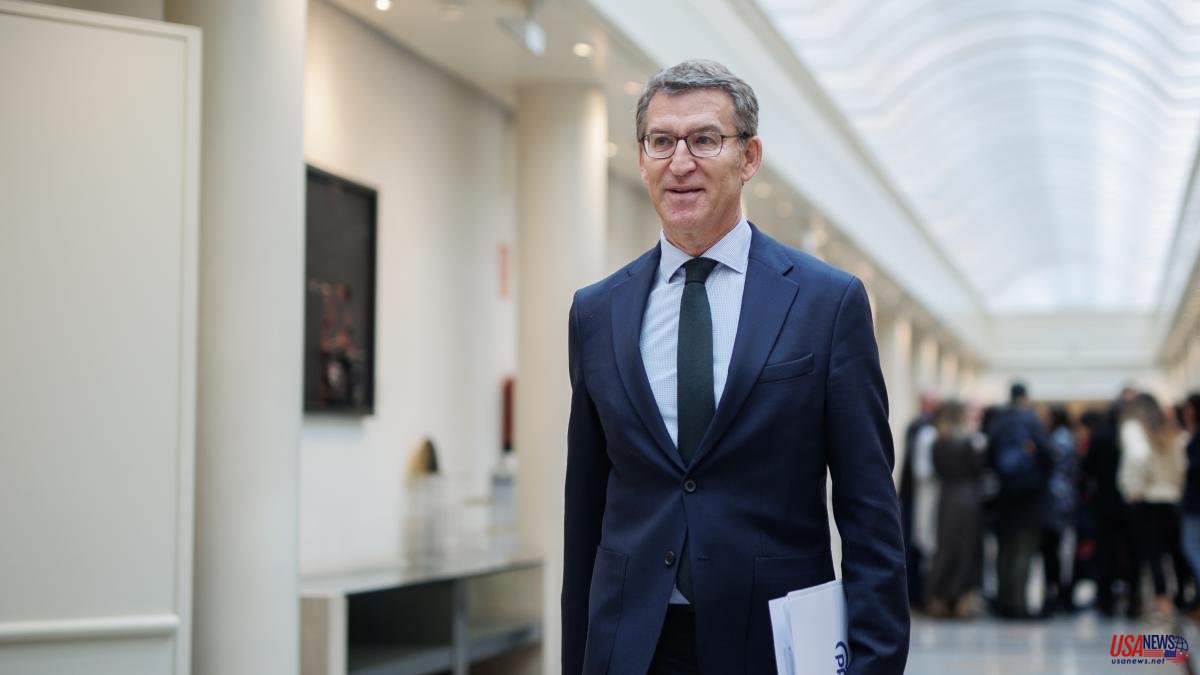 The president of the PP, Alberto Núñez Feijóo, assures that he is willing to negotiate the renewal of the General Council of the Judiciary, blocked for more than four years, but now "without deception", in reference to how while talking about the judicial members agreed with ERC the abolition of the crime of sedition. To do this, he said in an interview with the Servimedia news agency, the negotiation must be based on the bill that the PP has registered in Congress, and that leaves the choice of 12 of the 20 members in the hands of the judges, and he leaves the appointment of the other 8 to the election in Congress and the Senate. It is Feijóo's formula "to try to unravel the blockade situation."

The Government assured yesterday, through its Spokesperson, Isabel Rodríguez, after knowing the content of that bill registered on the 2nd in Congress, that the Council must first be renewed, and only after that would it be willing to talk about the possibility of introduce changes in the election of the members of the governing body of judges, so that judges have a greater participation in the appointment of members.

A proposition, Feijóo highlighted, with which "we consolidated judicial independence and also added a series of requirements", such as the year of career necessary to be members of the CGPJ, or five years of incompatibility for those who have held public or political office. .

Feijóo defends that, in this way, "a series of guarantees are established so that it is clear that the model is a model of the independence and depoliticization of Justice." As the proposal is registered in Congress, said the president of the PP, "we can negotiate, debate and approve it immediately."

An extension that is not new, he said, because the Constitutional Court recalled "it was extended for 41 months during the time of the PSOE with José Luis Rodríguez Zapatero and with President Emilia Casas." "The newspaper library and the government's theses are incompatible," he said.

Thus, he put on the table this new proposal "for the renewal of the General Council of the Judiciary now without deception." "If you do not maintain the minimum institutional respect that has been maintained by all the former presidents of the Government, I ask you that then now we already negotiate with a law and the law is very clear," Feijóo stressed, already forgetting his condition that the abolition of the crime of sedition will be renounced.

Thus, the president of the PP believes that the ball is now in the hands of the president of the Government, whose proposal, until now, he said, has been to "control the Judiciary and politically transfer to the CGPJ and the TC people who have due obedience to the instructions" of his Government, and he is convinced that Sánchez "has never been interested in the renewal of the Council" but "control of the Council", as the CIS, the CNI, the INE, the CNMV, Correos have wanted to control or the Constitutional”.

Alberto Núñez Feijóo, in the same interview with Servimedia, assures that he has decided to denounce before the European Union (EU) "officially, explicitly and in writing" that "more than 10% of the Constitutional Court (TC)" of Spain are former high charges from the Government of Pedro Sánchez, which is a "serious" fact.

Feijóo made this announcement in an interview with the Servimedia agency, and in reference to the appointments of the former Justice Minister Juan Carlos Campo and the former Director General of the Presidency, Laura Díez, two of the 12 magistrates that make up the Constitutional Court. "This -he underlined- proves what the Government understands by judicial independence".

The PP president's complaint is based on the fact that there are two senior government officials who participated in making decisions that have been appealed before the Constitutional Court, and that will be studied by those who approved them. "Are they going to be able to whitewash any government decision?" he wondered.

This complaint in the European Union will be made "as best indicated by the MEPs and colleagues from Justice," Feijóo said, but with the conviction that the European Justice Commissioner must know these "relevant facts" in an "official, explicit and in writing" by "the government alternative" that exists in Spain. In Feijóo's opinion, these are events that do not normally occur in EU countries, and that is why he believes that Minister Campo, for example, will have matters in which you will have to abstain.

"The minister who processed the pardons of the 'procés' cannot enter the appeals" presented, like Laura Díez, who has made opinions or reports and in her opinion should "refrain from participating in the vote on an appeal that has a direct relationship or indirectly with his work at the Palacio de la Moncloa".

Feijóo also denounced that the Government tries to block the appointment of a member of the Constitutional Court who should designate the Senate and that it would be up to the PP to propose his name. "It seems that the opposition party is going to be denied to propose a member of the Constitutional Party that corresponds to it by law." "The Government will know what its ethical approach to things is" and "if it wants to usurp the PP a proposal from a magistrate of the TC that corresponds to it according to the law."