Feijóo rejects for Catalonia the linguistic model in force in Galicia

The proverbial –and reductionist– ambiguity of the Galicians does not work in Catalonia. 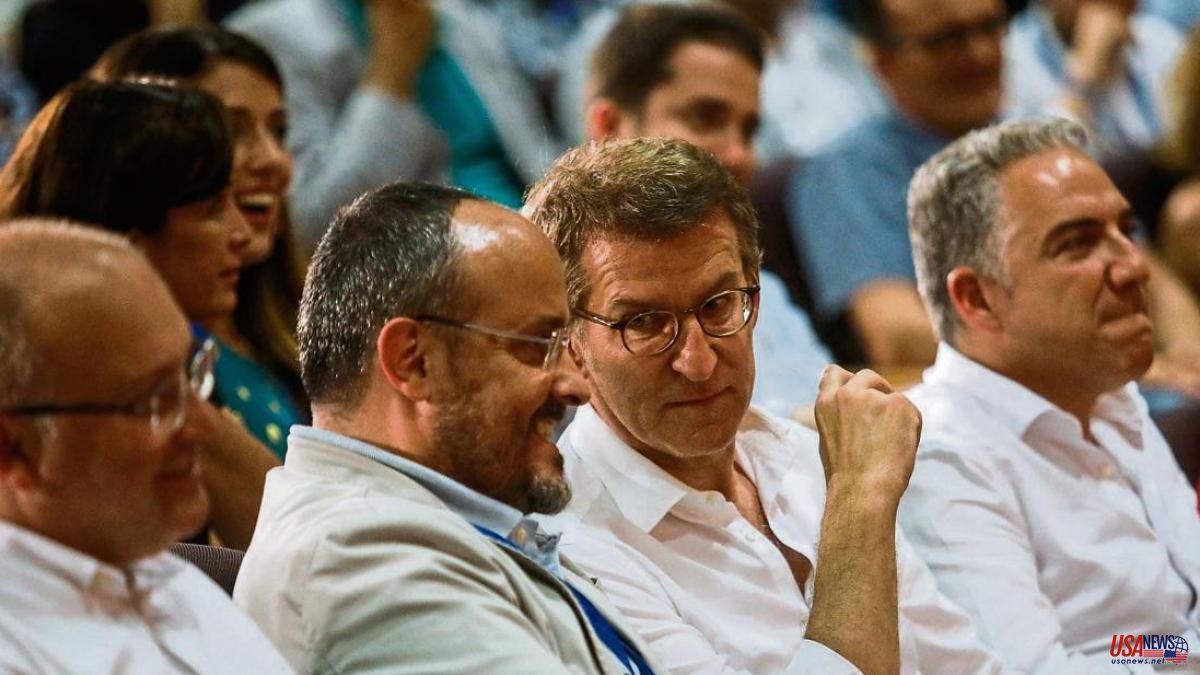 The proverbial –and reductionist– ambiguity of the Galicians does not work in Catalonia. Alberto Núñez Feijóo, who as president of Galicia adopted linguistic measures very similar to those applied by the Government, does not find the key, from the Spanish leadership of the PP, to get out of the Catalan labyrinth, in which everything related to the language –and identity– is a source of political conflict.

The businessmen of the Cercle d'Economia celebrated in May, during his first visit to Barcelona as head of the opposition, Feijóo's references to "cordial bilingualism" and "Catalan nationality", good news -constitutional hermeneutics- that was amplified by Elías Bendodo, brand new general coordinator of the PP, when speaking of the "plurinationality" of the Spanish State.

let's finish The turn with respect to Pablo Casado, who had denounced shortly before falling into disgrace a phantasmagorical “linguistic apartheid” in Catalonia, vanished like a mirage. With the alarms of Madrid-style media Spanishism turned on, the lurch was immediate. “Spain is not a plurinational state nor will it be”, corrected Feijóo swiftly, who feared leaving the centralist path just when he had just taken the national steering wheel. He, who as a Galician had asked not to use languages ​​as a "political weapon", as a Spaniard also pronounced the word apartheid.

Since then, Spain has once again become, for the PP, "the common and indivisible homeland of the Spanish". But this Jacobin essentialism contradicts the trajectory of the new conservative leader at the head of the Xunta and, in addition, hinders the efforts of the president of the Catalan PP, Alejandro Fernández, to open the party from moderation -and in contrast to the harsh speech on the Catalan of Ciudadanos and Vox– to the sectors of Catalanism disillusioned with the procés.

Some time ago, the Feijóo president of the Xunta took pride in the fact that "never before have so many children studied Galician at school" as under his mandate, he demanded that 6% of the content of audiovisual platforms be reserved for Galician and he saw it as natural that the knowledge of the Galician language, by means of an official title or a specific exam, to aspire to a position in the regional administration. Galician nationalists always thought it was little, but that was their position.

On the other hand, now, in his performance as state leader of the PP, he has appealed to the Constitutional Court the law with which the Parliament has come out against the ruling of the Superior Court of Justice of Catalonia that forced to impart at least 25% of classes in Spanish. And this despite the fact that this rule recognizes it as a language of learning and guarantees full command of the two co-official languages, leaving the proportion of teaching hours of each language in the hands of the school, so that it decides according to pedagogical criteria.

This point is precisely what complicates things the most for Alejandro Fernández, who had defended as something of “common sense” that the educational centers were the ones that determined, based on their sociolinguistic context, the needs of their students: “ There are shortages of Catalan in the Barcelona metropolitan area and shortages of Spanish in inland Catalonia”, he explained in April in RAC1.

The president of the Catalan PP has criticized linguistic immersion from the Parliament, “an anomaly – he affirms – that does not apply anywhere else in the world where two or more official languages ​​converge”, and has proposed linguistic conjunction as an alternative. This model consists of a "flexible" bilingualism that, far from the "substitution" of Spanish for Catalan that, in Alejandro Fernández's opinion, the Government intends, proposes to modulate the teaching of languages ​​according to the reality of each territorial area. educational.

In Moncloa, where there is no lack of Catalan advisers, they know all this very well. And Feijóo's linguistic and territorial fluctuations could become one of Pedro Sánchez's ideological battering rams in his struggle with the opposition leader.