Prepare the program for the general elections and strengthen the party structure. 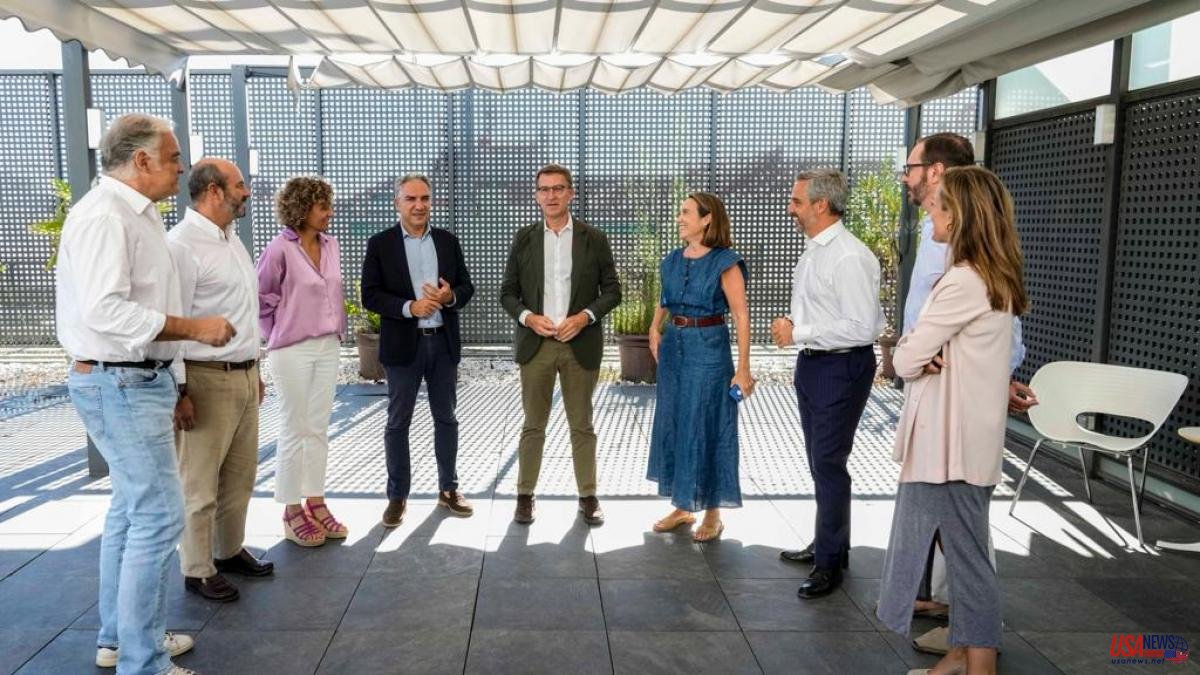 Prepare the program for the general elections and strengthen the party structure. That is the idea of ​​the president of the PP, Alberto Núñez Feijóo, who tomorrow will make new appointments in the different areas of the party, with his sights set on both the municipal and regional elections next May, as well as the general ones within a year. .

Feijóo has not gone fast since he was named president of the PP in April. He has been appointing positions and delimiting areas according to the needs of the party, and adapting to the circumstances, and now what prevails, above all, is the preparation of the program for the general elections and having the party activated as an electoral machine for the municipal and regional elections in May.

To do so, with tomorrow's appointments, the PP intends to give another message, it wants to count on the entire party, either by incorporating representatives of the territorial organizations into the popular leadership, or by having people from all sectors of the party. No one can say, as happened with Pablo Casado, that he removes those who collaborated with the former president of the PP, or that he leaves the party in the hands of Galicians and Andalusians, as was also said after gaining the presidency of the PP.

People from Madrid, close to Isabel Díaz Ayuso; from Castilla y León, related to Fernández Mañueco; from Aragón, where Jorge Azcón, appointed by Casado's team, consolidates as leader; from Valencia, where Carlos Mazón and Isabel Catalá strengthened their claims to take over the Valencian Generalitat and the City Council of the capital; and so of all the autonomous communities.

For this reason, the two areas that will be reinforced the most with tomorrow's appointments will be those of Economy and electoral action, although the president of the PP also intends to give great importance to the foreign area, and to the Institutional area. In the economic area, for this reason, profiles with management experience and leaders "who know perfectly well the challenges that must be faced in the short term in our country" prevail, underline PP sources.

And it is that, "faced with a Government that is not up to what Spain demands -the same sources stress-, the PP maintains its commitment to all Spaniards, regardless of where they live". In the economic area, led by Juan Bravo, the president of the PP reinforces the Finance and Budget sectors; Autonomous and local financing; Efficiency and Modernization of the Public Sector: Innovation; economic analysis; Infrastructures; pensions; Social Dialogue; Energy; Water and biodiversity; and Sustainable mobility.

Feijóo also reinforces the Territorial organization directed by Miguel Tellado, four territorial coordinators are appointed, as well as a coordinator of public positions and another of Internal Analysis and Regulations, to take good care that all the federations of the PP walk hand in hand, and face In the elections there will be a person in charge of Political Action Training, who will be Edurne Uriarte, one of Casado's star signings for the 2019 general elections.