Alberto Núnez Feijóo has completed this Wednesday his integration into the popular group in the Senate after taking possession of his seat for which he was appointed yesterday by the Galician Parliament. 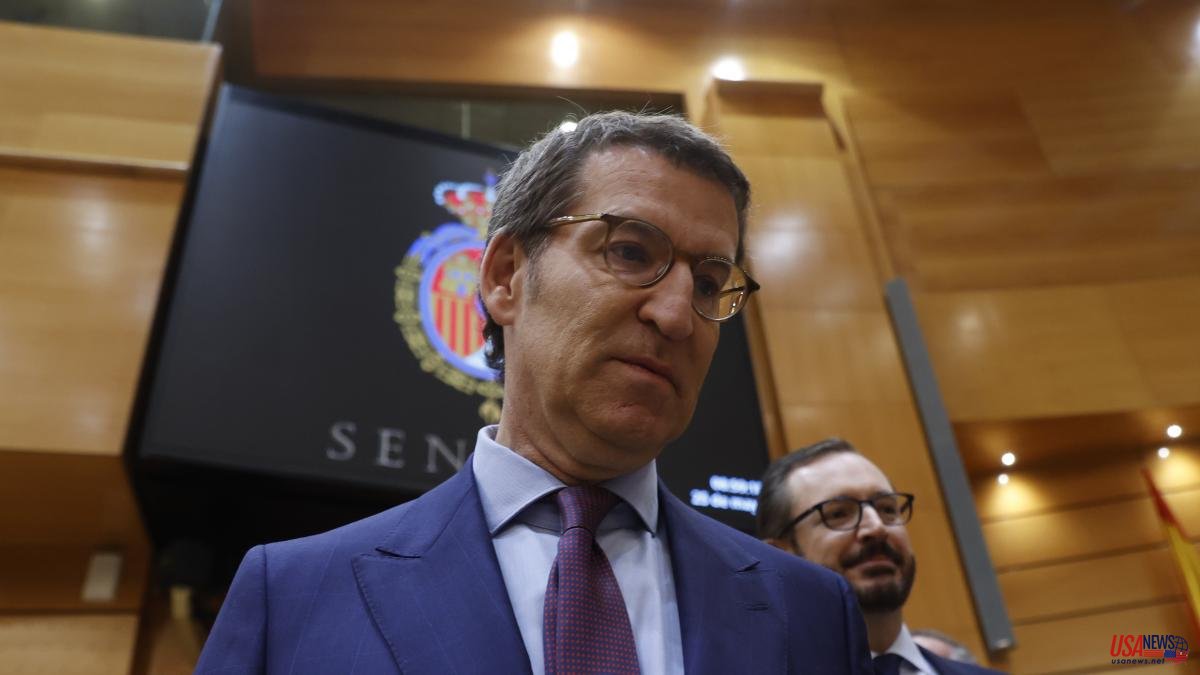 Alberto Núnez Feijóo has completed this Wednesday his integration into the popular group in the Senate after taking possession of his seat for which he was appointed yesterday by the Galician Parliament. The national president of the PP has stated that he feels "very honored" and has promised to represent his "land" with the "same dedication and dedication" with which he claims to have worked as a regional deputy.

Feijóo's inability to participate in the parliamentary debate in Congress will cause the PP to transfer much of its opposition work to the Senate. His questions to Sánchez will displace the PP spokesman in the Upper House, Javier Maroto, towards organizational and coordination tasks for the group. Which, in turn, will dilute the weight of Pío García Escudero, the senator and former president of the manager of the PP in Madrid that Pablo Casado placed as a firewall for Isabel Díaz Ayuso and who was already relieved by her of the party's regional apparatus after being sworn in as president on Friday.

The president of the Senate, Ander Gil, has asked him if he swears or promises to abide by the Constitution. "Yes, I promise", has been the formula used by Feijóo. For his part, the Deputy Secretary for Territorial Organization of the PP, Miguel Tellado, who also took possession of his seat in the Senate this Wednesday, has opted for "yes, I swear."

Both senators, precisely, have received Feijóo minutes before 09:00 at the gates of the Senate to accompany him on his landing. And, except for a change in the presidential agenda, it is expected that the first face-to-face meeting with the Prime Minister, Pedro Sánchez, will take place on June 7. Although, unlike the scuffles that occur in Congress, the presence of the chief executive in this Chamber is less and he has barely attended half a dozen times in recent months.

Feijóo has also tried to contextualize these duels by removing part of their relevance: "If the Prime Minister prepares well" he can win the control sessions because he "closes them" by having the last turn to speak, he has slipped in the last hours.

PP sources have confirmed that Feijóo will regularly attend the Senate. In fact, the president of the popular intends to install his office there in parliamentary headquarters.

Before that, on Friday it is expected that the national leader of the popular will meet with his deputies and senators in the Upper House to "set the priorities for this new stage."

In this sense, the general secretary of the popular party, Cuca Gamarra, hopes that the Prime Minister, Pedro Sánchez, debates in the Upper House with the national leader of his party, although it is feared that the chief executive will not "change his attitude" and choose to be "reticent" and "flee" from parliamentary control as, in his opinion, happens in the Congress of Deputies.