Feijóo intends to challenge Sánchez for the initiative in social measures

A piece of information is branded in the minds of the PP leadership, starting with Alberto Núñez Feijóo: 600,000 Spaniards who, according to some surveys, voted for the PSOE in 2019 and now express their willingness to support the PP. 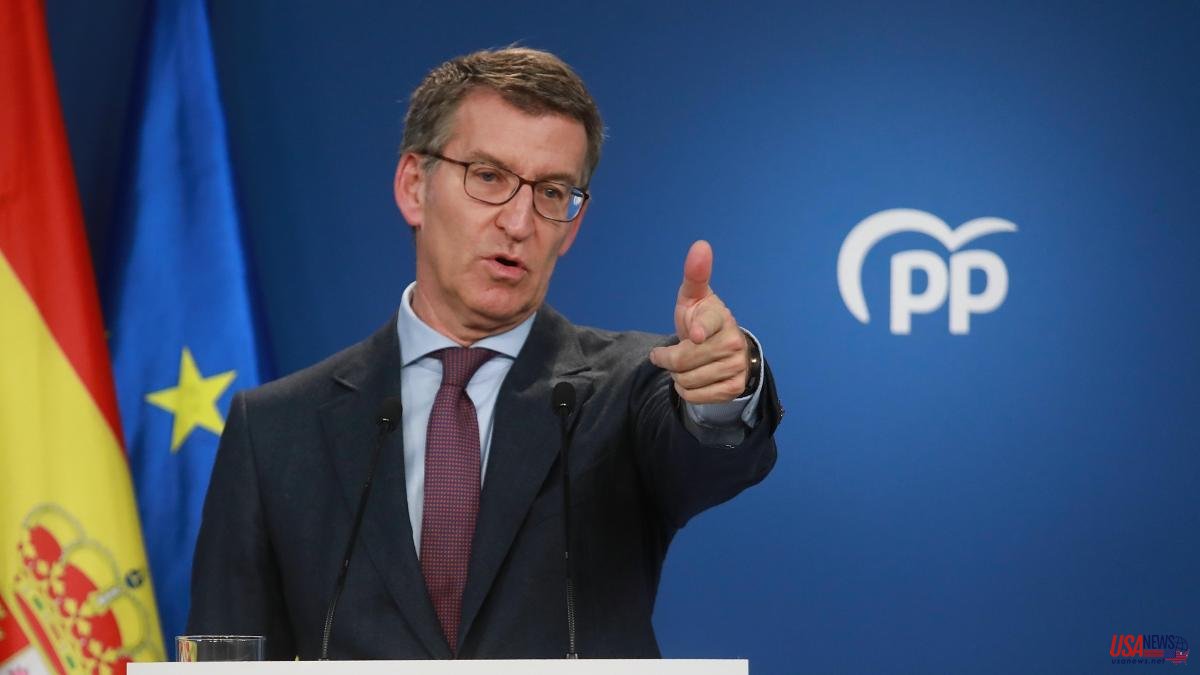 A piece of information is branded in the minds of the PP leadership, starting with Alberto Núñez Feijóo: 600,000 Spaniards who, according to some surveys, voted for the PSOE in 2019 and now express their willingness to support the PP. They are the ones who can give or take away the electoral triumph and they are the ones who are in dispute with Sánchez.

In the opinion of the PP, the social measures approved by the President of the Government at the end of December have no other purpose than to turn the page on the possible electoral wear and tear that the controversy over the repeal of the crime of sedition and the reduction of sentences may have caused. of embezzlement.

The PP knows that its fishing ground for votes is in that spectrum of the population that Sánchez is now addressing, the moderate voters who can sometimes vote for the PSOE and other times for the PP, depending on the situation. Until now that swing voter has mobilized for the economy, and now they believe that he is not going to be different. It is economic policy, but in this case covered in social policy. For the PP there cannot be one thing without the other. And that is the space where the popular plan to fight.

In the opinion of the PP, Sánchez has already lost in the debates on secession, embezzlement and, in general, transfers to the independentistas. In this field, the defense of the unity of Spain and the opposition to any separatist claim, the PP has already won the ground from the PSOE. He says it, they point out in the party, even in the CIS.

The battle, then, is being fought in the social and economic arena. The PP believes that it has an advantage, even though the PSOE has the BOE, because, despite the fact that the measures that are applied are those decided by the Government, the work that the party has done so far by sending Sánchez proposal after proposal is paying off. Because the Spaniards "have memories", as the leader of the PP likes to say, and they realize that the popular ones raised before the measures that the Government is now trying to apply in the final stretch of the legislature and on the eve of the elections regional and local.

For this reason, if the Government proposes a reduction in VAT on certain foods, the PP wants them to be more and also demands what it had already requested in its day, that it be extended to meat and fish, which have been forgotten in the decree of the Government.

If the Executive maintains the subsidy of 20 cents on fuel for transporters, farmers and fishermen, the PP wants the self-employed to be included, who are also harmed by the disappearance of the general subsidy.

And if Pedro Sánchez approved a check of 200 euros for families that receive less than 27,000 euros, the PP wants the check to be 300, and for those with an income of up to 40,000 euros, who benefit from the deflation of personal income tax , because they have also suffered the high price of the shopping basket.

With these measures, what the PP wants, and this was stressed yesterday by the economic vice-secretary, Juan Bravo, is that citizens see Feijóo as a "transversal leader", who protects the public, which is the terrain in which Sánchez wants to win, and that is capable of uniting a large majority of citizens, who “prefer moderation to confrontation; consensus to polarization" and that the only thing they demand is "more resources in education and health".

That is the bet, to continue stealing voters from the PSOE, from those voters from the center, more pragmatic, less ideological, who can see in Feijóo "the person who can manage this country", in difficult times.