Alberto Núñez Feijóo met "a few days ago" with the president of Ciudadanos, Inés Arrimadas, and shared with her "many impressions about the authoritarian drifts of the Government", but assures that he did not speak with the leader of the center-right party about the situation internal to his party, which he highly respects, and in which he does not interfere. 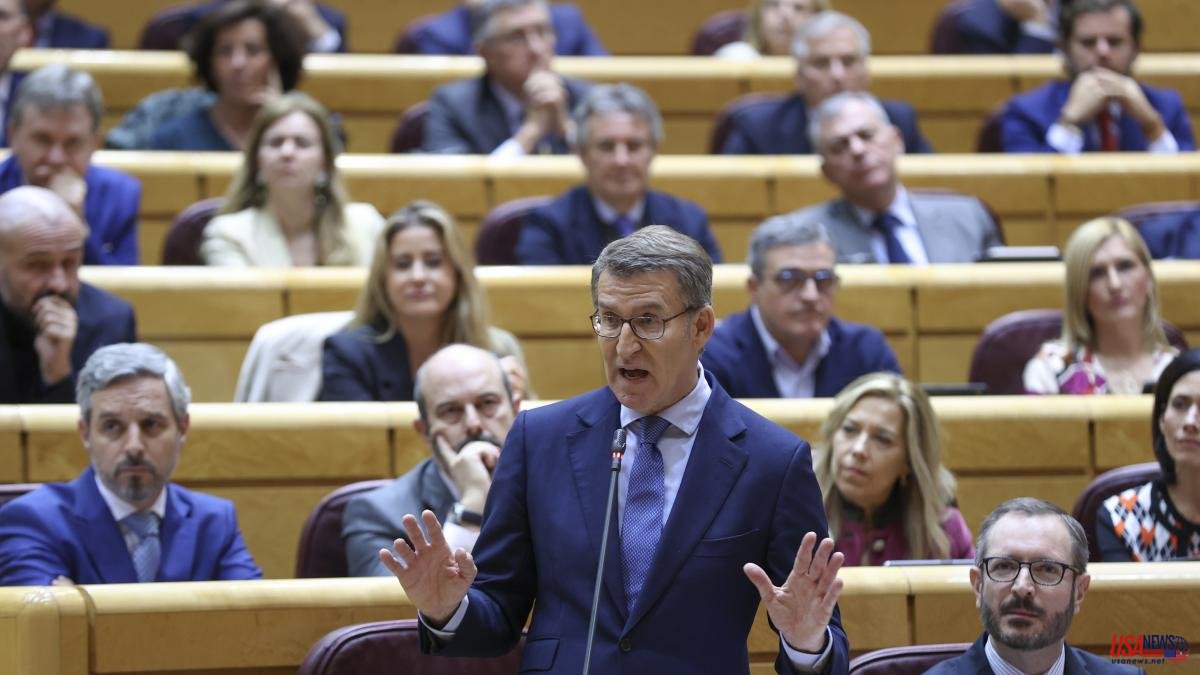 Alberto Núñez Feijóo met "a few days ago" with the president of Ciudadanos, Inés Arrimadas, and shared with her "many impressions about the authoritarian drifts of the Government", but assures that he did not speak with the leader of the center-right party about the situation internal to his party, which he highly respects, and in which he does not interfere.

The president of the PP assured that he had not spoken with Arrimadas about the internal situation of his party or about possible friendly signings of Cs leaders, as he has done in Badajoz with the mayor, who will appear on the PP lists. "I am not here to make takeover bids to the parties," Feijóo said, "but I make myself available to their voters," because, said the president of the PP in an interview on Antena 3, "the PP is interested in expanding its electoral base," and for That is directed to the voters of the center, of the center left, and of the right, so that they "come together in the PP" if what they want is for the Government to change.

The thesis with which the popular will address these political segments is that in the elections there will only be two paths, "either continue with the project of Sánchez and his partners", both from Unidas Podemos and the independentistas, or vote for the PP, the only alternative party to Sánchez that can win the elections and can govern.

Feijóo also made an announcement that sounded like a summons to Pedro Sánchez for after the elections. He, assured the president of the PP, will not govern "if he does not win the elections", and he hopes that the current president will do the same, because at least that is how he understands politics. Despite this, he is convinced that he won them, because the CIS published yesterday "corrected the sample errors" which in his opinion makes the PSOE always win in his barometers, results in the PP being 4 points above the PSOE .

The president of the PP also referred to the latest laws approved in Congress and the Senate, such as those on sedition and rebellion, or the one suspended by the Constitutional Court, which can become a bill. He is convinced that "the Government has approved laws knowing that they are unconstitutional" and that is why many of those that are currently being approved in Congress and the Senate are being studied in Genoa, to see if they are appealed before the Constitutional Court. Nothing to do with what has happened now with his appeal for protection. "Now the TC has limited itself to protecting the deputies." "We are all subject to the rule of law, and to say that the cameras have been silenced is mere populism."

What is clear is that when the PP government repeals these reforms that are being approved and crimes such as sedition and embezzlement will return to the Criminal Code or have the same penalties they had until now, when sedition has been abolished and the penalties for those who have not had personal gain have been reduced.

For Feijóo, what is happening now with the sedition, the embezzlement and the intentions that are intuited "remind me a lot of the procès", when the Parliament, "said that it could do what it wanted", but in a state of law "it cannot You can do what you want." What has happened this week, and what will happen, he said, is that "the rule of law has worked," because, he asked, "Is there anything more democratic than resorting to the Constitutional Court?"

For the PP, the conclusion of everything that has happened is that "today, the independentistas, today rule more than ever" and ERC "never imagined that it could rule what it rules now" with Sánchez, as it has never been able to think, says Feijóo , who would be "author of the Penal Code in crimes against the integrity of Spain", when what he wants is "to end the unity of Spain".

And he does not blame ERC, but Pedro Sánchez, because what is being done "is the raison d'être of the independence movement", "it is fulfilling its corporate purpose", which "fails" Spain, he says, " it is the left, which has been kidnapped by Sánchez's party", which is not the PSOE "that we have all known".