No type of communication. 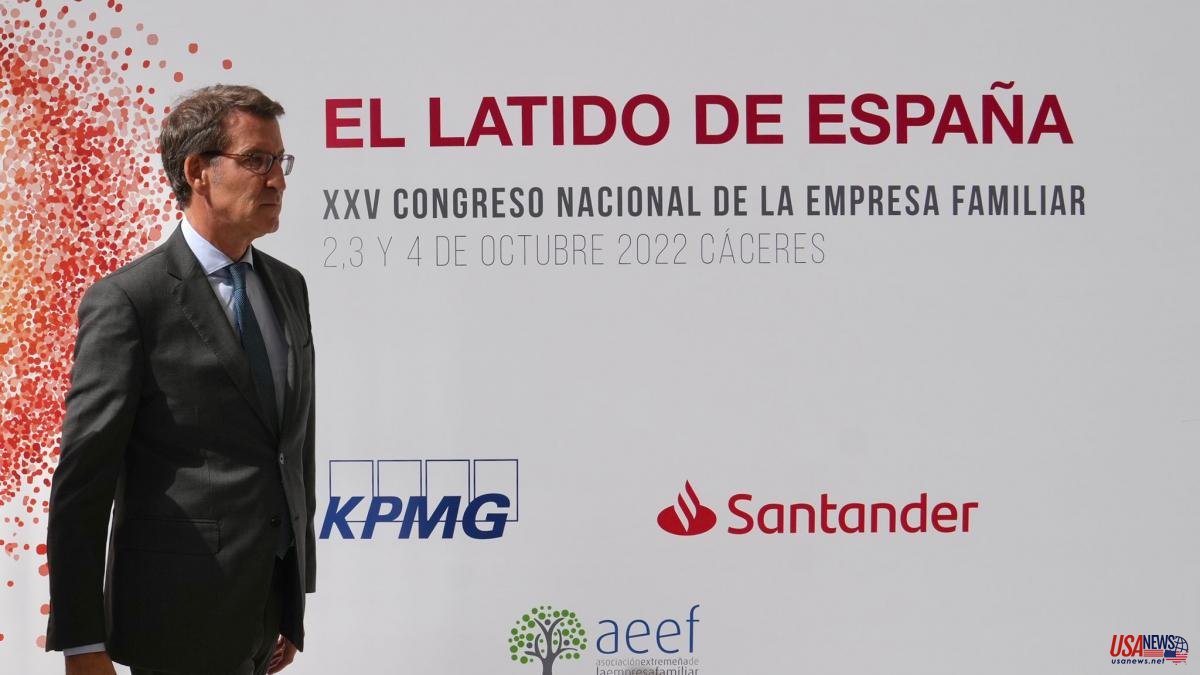 No type of communication. Alberto Núñez Feijóo and Pedro Sánchez have not spoken since April. There was only a message between the two, but nothing more. Neither to talk about the inflation crisis, nor the energy crisis, nor the NATO summit, nor the situation in the Maghreb after the turn taken by the Government with respect to the Sahara, with the consequent anger of Algeria, nor to talk about the war in Ukraine. The leader of the PP complains that the President of the Government does not take the opposition into account at all, nor does he inform them of what until now have been State policies, policies of consensus. "The Government-Opposition communication channel has been broken," Feijóo denounced.

The complaint is not limited to foreign or defense policy. The PP also ensures that the Executive has not called him to try to renew the General Council of the Judiciary or the Constitutional Court since July, and less since the visit of the Justice Commissioner of the European Commission, Didier Reynders, last week. This morning, the person in charge of Institutional Policy of the PP stressed that he is waiting for the call from the Government to be able to try to renew the State institutions, once the commissioner has said that it is necessary to renew, but that the law must also be changed.

The president of the PP spoke this Monday at the 25th Family Business Congress, held in Cáceres, where he reviewed the political and economic situation in Spain, which "is not in a good moment," he said, both from the point of view of foreign policy, "of which I know from what is published in the newspapers", because Sánchez does not inform him of anything. And he is not in a good moment in economic matters, since in his opinion the necessary measures are not being taken, but rather the debt is increasing, inflation is still soaring, and growth is very weak.

That should be, in the opinion of the president of the PP, the government's obsession, because "if income from growth is not improved, companies will be weaker and less resistant." Neither does he believe that the Government is getting it right in fiscal matters, hence the difference between the fiscal proposal of the PP, and the one made by the Government "which only tries to raise 3,000 million more", and furthermore "no one lowers the tax in 22", while the European partners "lower taxes", as is the case in Portugal, which "has neither successions, donations nor assets", which pushes investments towards Portugal, since that is to say Spanish heritage "which is not well received". And Costa, Feijóo recalled, "he is a social democrat, ours is not."

Feijóo considers it a mistake to return to the dilemma between "rich and poor" and label companies as the bad guys, and believes that it would be necessary to "recover political centrality", because politics "has to be a combination of ideology and reality", because when ideology takes precedence over reality "problems arise". What's more, he stressed, when ideology takes precedence over reality, "politics, instead of being an accelerator of solutions, becomes a cause of conflict."

Return to centrality, as a recipe so that things like those that have happened in Italy with the victory of Giorgia Meloni do not happen. For the president of the PP, "for Spain it is an asset that there is a PSOE and a center-right party that are not marginal", although the two parties that have governed this country "have been hit by political trends or by our mistakes" and their influence has diminished with the appearance of the new parties, they continue to be the fundamental parties, something that does not happen in other countries, such as Italy or France.

That is why it is so important, according to Alberto Núñez Feijóo, to return to centrality, and for this, a politician, he said, must first know that he is a public servant; second, that in times of crisis you have to govern, "not just try to stay in power", and to do so, always take into account, first of all, the problems of citizens "and become obsessed with the country growing and with companies being able to have confidence", because if companies do not trust what is going to come to them, be it in tax or investment matters, they will leave and not create wealth, with the consequent employment problem.

In the opinion of Alberto Núñez Feijóo "in Spanish politics there is a bias where ideology prevails over reality", and for this reason he recommends that Sánchez adopt the measures required by the situation, even if they are harsh, because "if decisions are explained hard on people, they can annoy them, but they will end up accepting them". And it is true that if these measures are explained to them, said the PP leader, "it may cost you your job, but they will be good for the country"