Alberto Núñez Feijóo has found in the president of Castilla-La Mancha, Emiliano García Page, the opportunity to return to Pedro Sánchez the campaign he launched against him in August, to try to weaken his leadership, influencing the division of the PP, and in which who commanded the party was Isabel Díaz Ayuso. 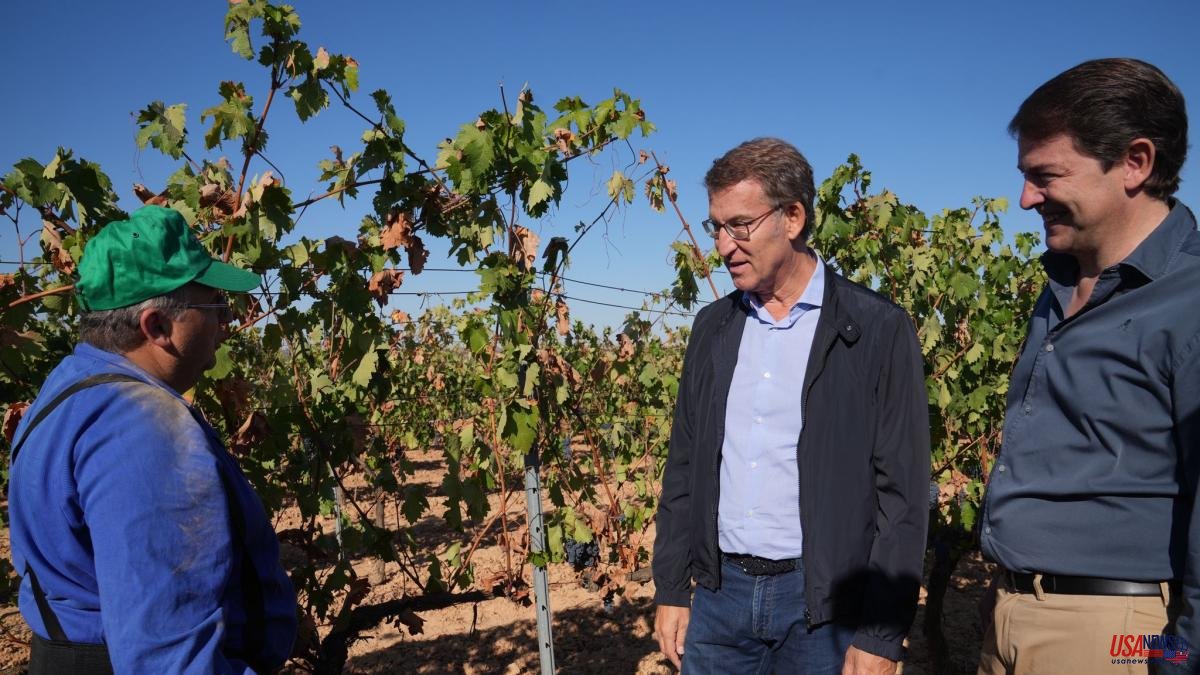 Alberto Núñez Feijóo has found in the president of Castilla-La Mancha, Emiliano García Page, the opportunity to return to Pedro Sánchez the campaign he launched against him in August, to try to weaken his leadership, influencing the division of the PP, and in which who commanded the party was Isabel Díaz Ayuso. The president of the PP did not look for it, but the Castilian-La Mancha president has served it to him on a platter when speaking, in an interview in the newspaper El Mundo, about Pedro Sánchez's "bad company", alluding to the ERC independentistas and Hey Bildu. Some statements with which he also reaffirmed him as a leader, since Page disagreed with the words that Sánchez dedicated to the leader of the main opposition party, when he branded him insolvent.

Núñez Feijóo, when asked about Page's words, stressed that "there are many people who do not agree with the bad company of Mr. Sánchez and that independence is decisive." But he did not stop there and was convinced that García Page is not a loose verse in the PSOE, but that "he is only a spokesman for many socialists who do not agree with Sánchez's drift."

And many, Feijóo thinks, who cannot agree with the fluctuations of the Government, which are being seen in the energy crisis, with the damage that is being done to many sectors, according to the president of the PP, due to an erratic policy of the Executive . And as a button shows. The president of the PP underlined how the Government decided to close the thermal plants, without having an alternative in the production of energy, and months later, the vice president Teresa Ribera, has just accepted that the As Pontes thermal plant, whose closure it had determined , and keep it active at 50%.

It is not the only rectification or division within the PSOE to which the president of the PP alluded during his visit, with the president of Castilla y León, Alfonso Fernández Mañueco, to wine extensions in Burgos. Feijóo stressed that the Assembly of Extremadura approved last week, with the votes of the PSOE PP and Cs, urging the Government of Pedro Sánchez to "extend the life of the nuclear power plants for as long as their safety allows", something that The PP has requested in writing and orally and to which the Government responded by accusing him of "embracing policies of the past". Now it is a Community governed by a socialist, Guillermo Fernández Vara, who asks for what the PP has asked for.

For this reason, and given this scenario, Feijóo summoned Sánchez to pay more attention to him "and copy us better" and deflate the personal income tax once and for all, because it is important that the regional presidents apply this reduction to the regional sections of personal income tax, but it is "undeferrable" for the central government to do so, as it is for it to lower the VAT on basic foods, stressed the president of the PP. In the PP there is the conviction that Sanchez will end up deflating personal income tax, and he will have no choice but to do so, because the situation of families is unsustainable.

Feijóo defended the elimination of the Wealth Tax announced on Monday by the President of Andalusia, and rejected criticism from the Government and the PSOE, recalling that the first person to eliminate the tax was José Luis Rodríguez Zapatero, although later, in the 2088 crisis, he recovered it . He also criticized that Minister José Luis Escriva criticizes the competition between communities, as far as taxes are concerned, and even points to a fiscal recentralization to avoid that competition. Feijóo asked the minister not to engage in demagogy with these issues, since "it has been proven that lowering taxes has raised more" and he does not understand that he is a minister of Sánchez, who has as partners those who are against fiscal harmonization, and they want to have concerts who now cry out in heaven and talk about recentralization because the presidents of the PP lower taxes.