The president of the Popular Party, Alberto Núñez Feijóo, yesterday reproached the President of the Government, Pedro Sánchez, that on Friday, shortly after Junts' departure from the Government was known, he advocated the "stability" of the Catalan Executive, and only of ERC. 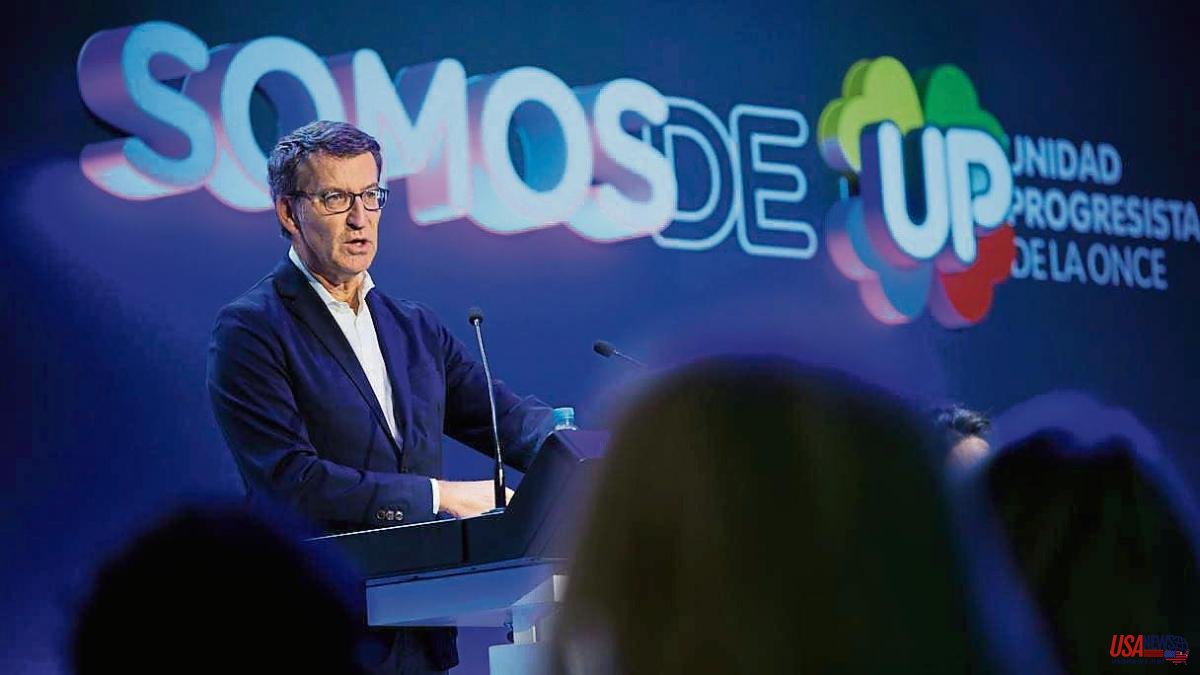 The president of the Popular Party, Alberto Núñez Feijóo, yesterday reproached the President of the Government, Pedro Sánchez, that on Friday, shortly after Junts' departure from the Government was known, he advocated the "stability" of the Catalan Executive, and only of ERC. The leader of the opposition sees this endorsement by the head of the Executive as a way of taking advantage of the decomposition of the Catalan independence movement to stay in the Government but at the same time to prop it up against constitutionalism, to the extent that the stability of the Government will depend in part on the PSC .

“Many militants and leaders of the PSOE are constitutionalists and do not understand that in the face of the decomposition of the independence movement, the president prefers to prop it up against constitutionalism,” Feijóo assured in the framework of an ONCE act that was held in Madrid, in which, in statements to the media, made Sánchez ugly that he was once again "repeating his strategy" of joining forces with Podemos and with the independence movement to save his legislature. The popular leader reiterated his reproaches to the Prime Minister for relying "on parties that do not believe in the State, on parties that do not give a damn about Spain" with the aim of staying, and opposed the policies of the PP, which he does care about Spain, he added.

Feijóo came to apologize to the Catalan people "for the politicians they have" and for what he called "a grotesque of this nature". The Catalans, he added, "do not deserve that Sánchez takes advantage of this decomposition to prop up his legislature in the Cortes Generales." “He believes that independence is the future of Catalonia, but others prefer to think that constitutionalism is his future, and also that of Spain. They are two different models”, he concluded.

The spokesman for Citizens in Congress, Edmundo Bal, spoke along the same lines, warning the PSOE that supporting ERC now will be "a historic error" and demanded that Sánchez "look after Spain and the Catalan constitutionalists." Within the framework of the same ONCE act, Bal assured that Sánchez's statements about the stability of the Government are "inadmissible" and show that "the only stability that worries him is the stability of his Government" and for that reason "he returns the favor to ERC”.

The spokesman for Cs said that after the departure of Junts from the Generalitat "we are waiting for ERC to leave it also because there are all too many, because they are the ones who have broken coexistence in Catalonia or because they refuse to allow our children to be educated at least the 25% in Spanish”.

Bal wondered how such a government can be sustained and warned the PSC that its support "is a historic error", so "we must ask the PSC and Sánchez to return to constitutionalism". And he also left a message for Feijóo by urging him to give "the constitutionalists without further ado" that "cordiality that he proclaims with constitutionalist Catalanism."