Feijóo considers it "timely, appropriate and logical" that the king emeritus attend the funeral of Elizabeth II

The president of the PP, Alberto Núñez Feijóo, considers it "timely, adequate and logical" that the King Emeritus, Don Juan Carlos, attend the funeral for Queen Elizabeth II of England, which will take place on the 19th in London. 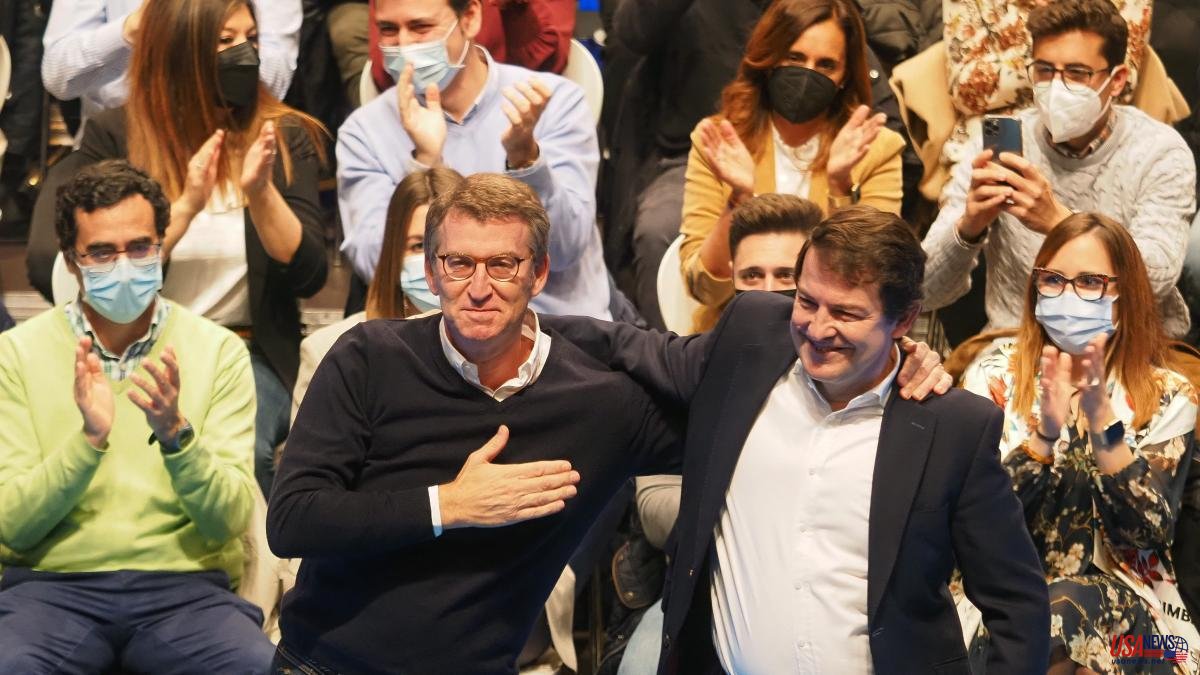 The president of the PP, Alberto Núñez Feijóo, considers it "timely, adequate and logical" that the King Emeritus, Don Juan Carlos, attend the funeral for Queen Elizabeth II of England, which will take place on the 19th in London.

"Faced with an explicit invitation from the British Royal House to the Spanish Royal House, to which they also have a family relationship", the president of the PP considers that Don Juan Carlos should attend. In his opinion, "it should not be easy to hold a state funeral", so the explicit invitation to don Juan Carlos "certifies the interest in attending the funeral", for what he considers "timely, appropriate and logical that he attend".

Alberto Núñez Feijóo visits Castilla y León today, where he went together with the Castilian and Leonese president, Alfonso Fernández Mañueco, a factory in the automotive sector, mired in a serious crisis and of great importance for the Spanish economy, according to the leader of the PP.

At a press conference held in Arévalo (Ávila), Feijóo was in favor of studying the reduction of VAT on a series of basic foods, as requested by those responsible for the food chains with whom the second vice president, Yolanda, has met Díaz, since the primary sector is not in a position to lower prices further.

The president of the PP considers that it is an issue to study, which would require, first, that the Government stop being divided "and deteriorating", as the vice president's proposal has shown, rejected by the Minister of Agriculture, Fisheries and Food.

But Feijóo considers that before this, or at least together with this measure, which he is willing to study, the personal income tax should be lowered, as he has asked Sánchez since April, to return to the Spanish part of the excess collection that the state has had. , due to the increase in the products on which VAT is applied.

The president of the PP took advantage of the latest collection data, from July, to summon Sánchez again to accept this measure that he proposed in April. According to the data offered by the president of the PP, with "inflation unleashed", which the INE has raised to 10.5 year-on-year, the record month of tax collection has been registered in July, with 6,000 million euros entered by the public coffers .

This figure means that 22,000 million euros have been raised so far this year, when the forecast was 9,000 million. An increase in collection that had never occurred, said Feijóo, who asked Sánchez to return part of the proceeds to those who have paid them.