Alberto Núñez Feijóo, conditions the approval of the new increase in pensions to the fact that "cheats" are not made. 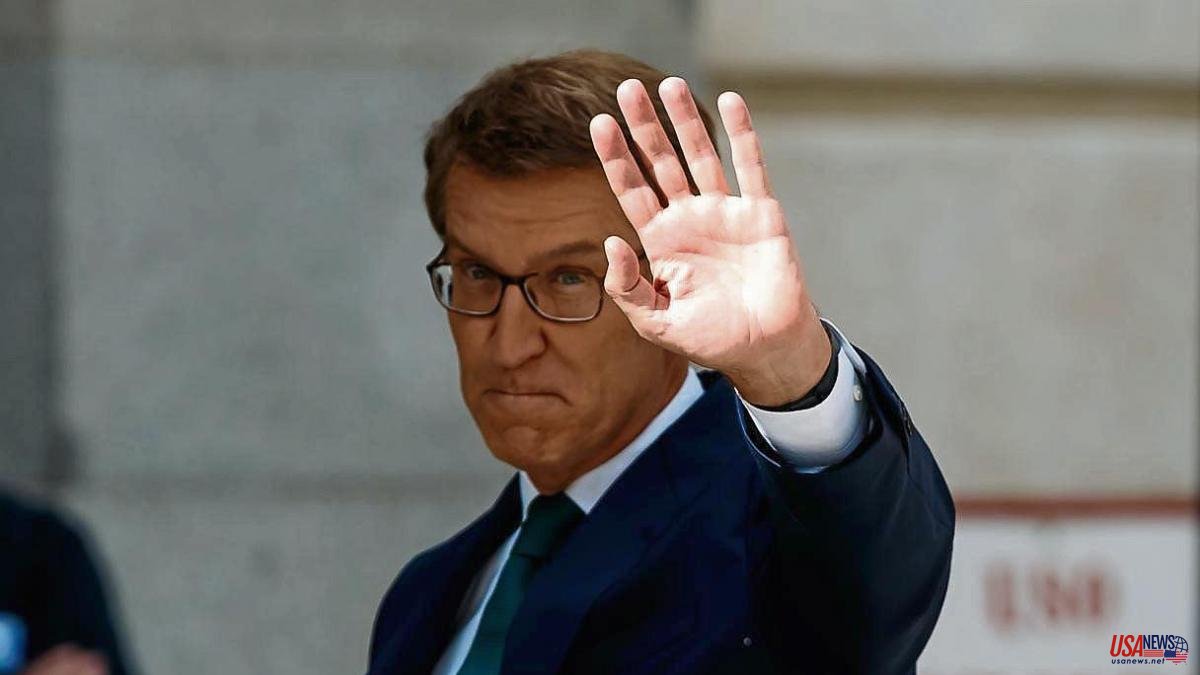 Alberto Núñez Feijóo, conditions the approval of the new increase in pensions to the fact that "cheats" are not made. “Let's make the accounts clear –said the PP leader on Antena3–, let's not do one thing: let's not increase pensions with public debt because then the Government is not increasing pensions. The Government is leaving a pufo to the pensioners, the children of the pensioners and the grandchildren of the pensioners”. Feijóo thus clarified his party's position on the current pension system the day after the Senate debate, which he considered "a missed opportunity" to talk about the energy crisis. "And look, I tried," he assured.

Feijóo pointed out that he saw Pedro Sánchez more as head of the opposition than as president of the Government, because of the insults he dedicated to him, and above all for having called him insolvent, which hurt him the most, because it calls into question his management at the head of the Xunta. For the leader of the PP, Sánchez has "authoritarian tics".

Sánchez, for his part, left “tired, but very satisfied” after the long parliamentary debate on Tuesday, according to his team. Mainly, regarding his clash with Feijóo. In Moncloa's opinion, in the first part of the duel between the President of the Government and the head of the main opposition party, Sánchez was "pedagogical and close", in addition to transmitting "security, control and determination" to the public, despite to the uncertainty generated by the energy crisis and inflation. In a second part, in his reply to Feijóo, they already warned that his reaction would be “huge”, and he went out on a frontal attack against the leader of the PP, already more in the key of an electoral struggle.

But did the president go too far in his confrontation with Feijóo? In the Government and the PSOE the issue was debated yesterday, but the conclusion prevailed that Sánchez "marked his territory" and made it clear that Feijóo has not won the elections beforehand, without getting off the bus, as the polls predict. “The president showed that he is not dead and that Feijóo has not already won the battle as the right wing thinks,” state government sources. “Feijóo wanted this debate, but he went for wool and came out shorn”, settle.

The effect of Sánchez's harsh reaction to the PP leader was "invigorating" for the socialist ranks, as they acknowledge, just as it happened in the debate on the state of the nation. “A shot of energy”, they highlight.

And as for the offers of pacts and support offered by the leader of the PP, in Moncloa they grant the same credibility as with the renewal of the General Council of the Judiciary, for which they attribute to Feijóo an "obstructionist strategy" identical to that of his predecessor, Pablo Casado.

Sánchez put Feijóo "in front of the mirror," Minister Félix Bolaños warned yesterday. And what the mirror reflected, they conclude in the PSOE, is that Feijóo "does not have the political stature to govern Spain."