The agreement is possible and desirable "and I hope it crystallizes. 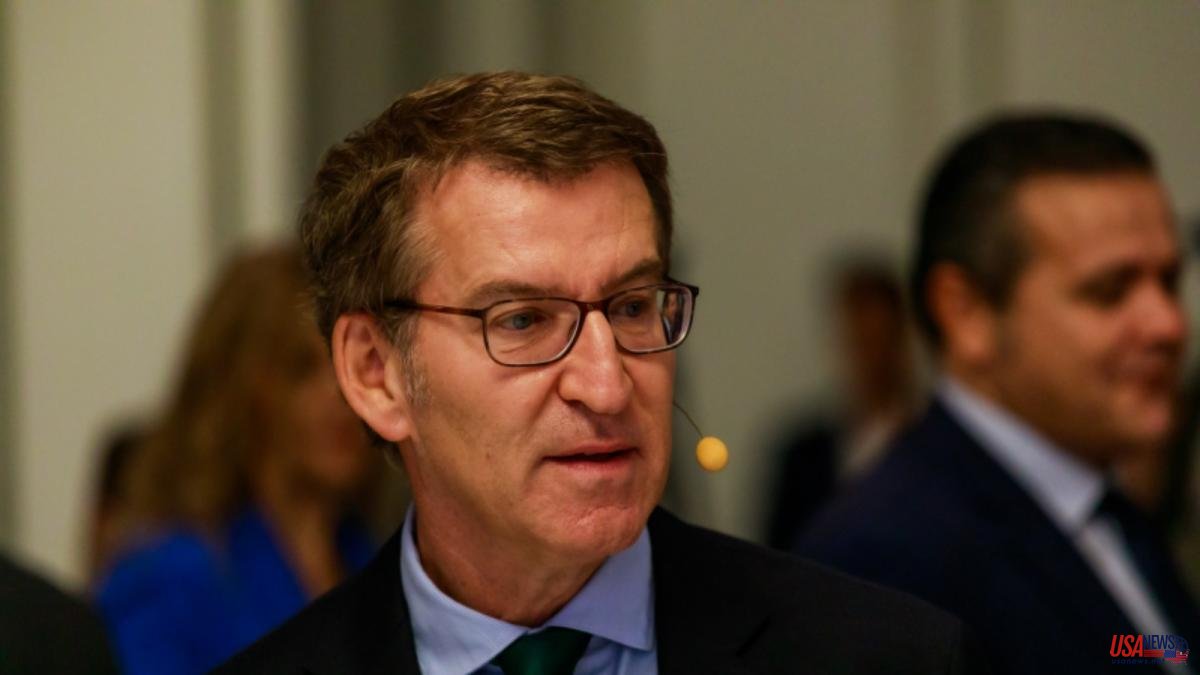 The agreement is possible and desirable "and I hope it crystallizes." The president of the PP, Alberto Núñez Feijóo, thus expressed his optimism this morning regarding the possibility that the conversations that began yesterday, with the three-hour interview that he had with Pedro Sánchez, will come to a good end.

The only thing that advanced, in an informative meeting organized by the newspaper El Mundo, is that the President of the Government promised him to reform the election system of the members of the General Council of the Judiciary, "in which the judges have weight in the election of judges in the future".

In this commitment there would be two novelties and two transfers, since Feijóo did not advance further in that commitment, but from his words it can be deduced that the Government agrees to change the law, something that until now has refused, but the PP no longer speaks that the judges be chosen by the judges, but rather, in the words of Núñez Feijóo, it is about "the judges having weight in the elections of the judges, in the future". Thus, a formula would be sought so that the judges, who are already involved in the designation of the members who are chosen between judges and magistrates, propose a list from which the members of the Council have to come out. During his intervention, the popular leader spoke of the weight of the judges in the election, and on one occasion that the judges mostly elect the judges.

Regarding the transfers of the PP, Feijóo cited that the PP has renounced that the modification of the form of choice of the media be made before the renewal, and a term is given after the renewal, to address that requirement, He said that it is a requirement of the European Commission.

The president of the PP sees another change in the Government, that instead of simply proposing, each party, whom he designates, "it is not about names", Sánchez would have accepted one of the PP's requests, to talk about the "suitability requirements" , and once these requirements are agreed, propose names that fit them. What will those requirements be? The PP does not raise it, that is what the negotiation is about.

With these approaches, which took place yesterday, the president of the PP considers that the agreement is possible. "I think we're looking at the possibility that this could come to fruition," he said; the dialogue is under way and I hope it crystallizes". What was done in the interview, he stressed, was "taking a step forward" and "advancing in a new framework" that deepens the independence of the Judiciary.

The president of the PP, in the meeting organized by the newspaper El Mundo, also spoke about the situation in Catalonia, after the breakup of the Government and the departure of Junts, and made Sánchez ugly for having offered to support the independence movement, with the support of the PSC , which ERC has rejected, he explained. But Núñez Feijóo, above all, what he did was accuse the Prime Minister of having reissued the Pact of Tinell, consisting in that what is not necessary because the law does not require it, the PP does not have, even if they are issues of condition. In other words, he explained, a constitutionalist party is excluded "and the enemies of the nation are elected", while leaving the door open to solutions "disturbing for those of us who believe in the unity of Spain".

For Feijóo, this "second installment of the Tinell Pact" would be the same, and he accused Pedro Sánchez of instead of bringing "sanity and calm" to Catalan politics, with his relationship with the independentists, "he has transferred the bad Catalan politics to Spanish politics".

Regarding the proposal made over the weekend by Cayetana Álvarez de Toledo, of a joint candidacy of the constitutionalist forces for mayor of Barcelona, ​​Feijóo stressed that the solutions "that are imposed 600 kilometers away is a bad solution." In the first place, he stressed that he could agree on which parties are constitutionalists, since the proposal, apparently, only refers to Cs, and nothing is said about the PSC. However, the popular leader considers that in the event that the PP of Catalonia raises it because he considers that it is good for Catalonia, "it will not be the national leadership of the PP that opposes it."

The president of the PP also spoke of the laws that he will repeal when he reaches the Government and explicitly cited the repeal of the law of democratic memory, the trans law "if it is approved as it is in the project", and "make a change to the educational policy , because what does not abound in effort is lethal for education". What he will do in the Government, he said, is "resume talks, if possible, with the state parties" and among them he cited the "Socialist Party after Sánchez, because it will be another party."