Feijóo asks the PP to be prepared for the elections

Feijóo closes his Galician stage this morning by taking over from Alfonso Rueda, not only in the government of the Xunta, which he did last week, but at the head of the Galician PP, and he did it "without tutelage or your aunts", recovering the phrase that Manuel Fraga pronounced when he passed the baton to José María Aznar. 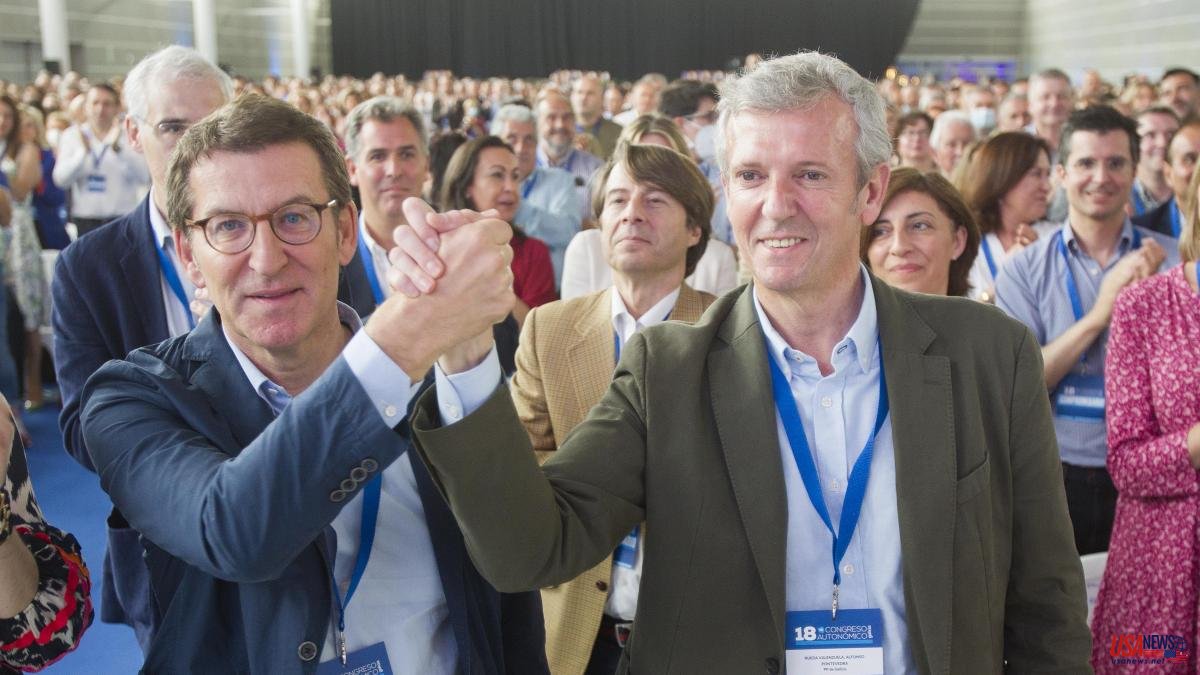 Feijóo closes his Galician stage this morning by taking over from Alfonso Rueda, not only in the government of the Xunta, which he did last week, but at the head of the Galician PP, and he did it "without tutelage or your aunts", recovering the phrase that Manuel Fraga pronounced when he passed the baton to José María Aznar. And he did so by asking the PP to be prepared for the elections, which depend on everything "except the interest of Spain."

His message to Galicians, transferable to all of Spain, is that he wants to win the elections, it is his aspiration, not to be president of the Government. And not because he doesn't want to be, but because he gives more value to having a project that wins the vote of the Spaniards, because they trust him, than to being president for the mere fact of being one.

The president of the PP summed it up in one sentence: “I want a party based on principles, because it is not about arriving, but about taking care of how one arrives to remain at the finish line for a long time, and not only see the arithmetic to be president by adding defeats. It is about winning, about having a project to give confidence to everyone, Andalusians, Galicians, Catalans and Extremadurans, without being accountable to anyone other than the Spanish”.

For that, Feijóo puts the PP to work and asks him to be prepared for the elections. "We do not know what is missing for the general elections, it depends on ERC and Bildu, it depends on how Yolanda Díaz and Podemos get along, it depends on any eventuality, except for what is convenient for Spain." Therefore, he stressed, "I ask you to be prepared, which is to always be at the order of what the citizens order."

"You can't be president without having the party," said Feijóo, who from experience says that "nothing can be done without an organization behind it." And that, which works for Spain, also works for Galicia, with a conviction, "the parties that do not survive a charismatic leader, it is not a party, it is a fashion".

To face these elections, Feijóo understands nothing else but to work. "You don't vote by inertia," he stressed, people only vote for someone "if there is an expectation of improvement." He is clear about it and it is what he wants to convey to the rest of the PP: "No one has the votes of four years ago." He believes that "the counters reset to zero once the polls open", and after four years, whoever has worked and who has achieved a project that gives confidence to all citizens is voted on. "A project in which Galicians and Catalans, Andalusians and Basques trust," he said, and that is what he wants the PP to do.

PP in which many people fit, the majority are not built by taking people out of the project, telling all Spaniards that we are at their service and that if they create a better government, we are here for that, to govern better, manage better, respect more, not insult each other , protect state institutions, so that the government is not above state, and so that the president is the first Spaniard and not to be, but to serve.