Feijóo and the danger of 'doing a Liz Truss'

In his last public appearance of the year, the president of the PP, Alberto Núñez Feijóo, dedicated a large part of his speech to partial criticism of a large part of the emergency economic measures approved by the Government of Pedro Sánchez a few days ago. 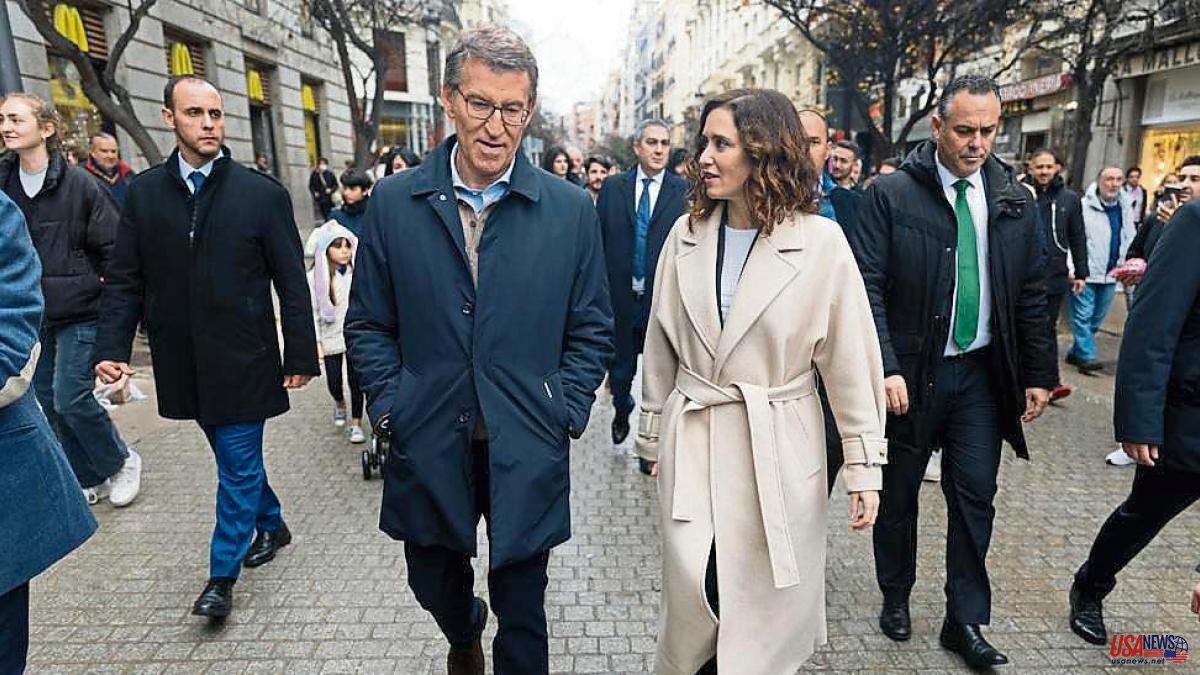 In his last public appearance of the year, the president of the PP, Alberto Núñez Feijóo, dedicated a large part of his speech to partial criticism of a large part of the emergency economic measures approved by the Government of Pedro Sánchez a few days ago. The opposition leader always enjoys certain licenses, given that his main function is precisely to call into question the decisions of the government in power, he must be the killjoy, who sees the glass half empty rather than half full. A structural characteristic of this political figure is the generosity that he lavishes in words while he criticizes the current president and that is later forgotten once he settles in Moncloa.

But the truth is that Feijóo's charge against Sánchez last Thursday was cavalry rather than fencing. For this reason, it deserves a more in-depth analysis, looking beyond rhetoric for the essence of its proposals, taking into account above all the fact that the polls place the PP as a clear candidate to take over from the current executive in the general elections that should be, at the latest, the end of the year that now begins.

Feijóo made an effort on Thursday to overwhelm Sánchez, above all, in fiscal generosity. Where the Government lowers VAT, he asks for more cuts. If the former offers aid checks to vulnerable families, he applies for more aid and to more people. In general, more public largesse in every area imaginable.

It also opened the door to possible tax aid for mortgagees affected by the exponential rise in interest rates and which has runaway Euribor. And he again requested a reduction in the income tax rate to compensate for the rise in prices that inflates income (although not all, of course) without increasing purchasing power and forces them to pay more to the Treasury (deflation).

At the same time, Feijóo highlighted that the public debt has continued to rise and that the deficit remains at very high percentages. Is the leader of the PP unaware of the umbilical cord that connects the growth of public spending – a consequence of the obligations of the welfare state and the chain of three practically consecutive crises since the beginning of the 21st century – and that he seems to postulate in even greater quantities? bigger than Sánchez, who explains that income is exceeded and is the source of the deficit that he mentions? And this deficit is always covered with more public debt. There are no alternatives. The president of the PP knows it very well.

In reality, Feijóo sells the idea that to overcome any problem of an economic nature, the solution is always to lower public income, that is, taxes, and approve more public spending. A kind of sucking and puffing at the same time, very difficult for most mortals. Whether due to ideological conviction given his condition as a conservative politician, or due to mimicry of the politics deployed by his party partner Isabel Díaz Ayuso in the Community of Madrid, with the hope that something of the electoral success of which is also his potential internal rival.

But in addition to looking askance at everything produced by the social laboratory in Madrid's Puerta del Sol, Feijóo should carefully review the turbulent years of his party's last government, that of Mariano Rajoy from late 2011 to spring 2018. And with him, all the Spaniards.

Rajoy and his finance minister, Cristóbal Montoro, also waved the electoral rag of general tax cuts as a counterweight to cuts by José Luis Rodríguez Zapatero, the former Socialist prime minister. But as soon as they occupied palaces and ministries and calibrated the reality of the economy and public accounts, they turned 180 degrees and applied tax increases without count and in unknown percentages in Spanish fiscal policy. And the main opposition to that line came neither from the Socialists – who were barely recovering from the electoral disaster after the Zapatero period – nor from the union forces – who were barely able to take to the streets to reject the labor reform – but from his party partner, once again a Madrid leader, Esperanza Aguirre.

Like Ayuso now, Aguirre then responded to the fiscal measures of his colleagues in the central government with tax cuts so that his voters would hardly suffer the disastrous effects of the austerity of the years of severe recession. In the end, the costs for the coffers of the community were covered, in percentages never studied, by the central State and the rest of the autonomous communities. That is to say, the whole of the Spaniards, financing the electoral campaigns of the great stars of the Madrid PP. But this policy of putting the blame on others does not work if the State machine is piloted, it simply leads to bankruptcy.

Not understanding it means walking towards the precipice, 'doing a Liz Truss', the suicidal step of the short-lived British Prime Minister who was expelled from office by fellow party members and markets in view of her incomprehensible fiscal irresponsibility. For the good of the country, it is more rational to think that Feijóo already knows all this – the experience of his party in government, the European demands and the most elementary rules of managing a public budget – and he simply believes that this is not the time to take it into account in their speeches for the gallery. Also that he must reconcile his way to Moncloa by maintaining a low-intensity cold war with Ayuso and his people.