The presidents of the PP, Alberto Núñez Feijóo, and of Vox, Santiago Abascal, met last week in Madrid, at the request of the far-right leader, in a meeting that lasted about an hour and was confirmed this morning by the two political formations. 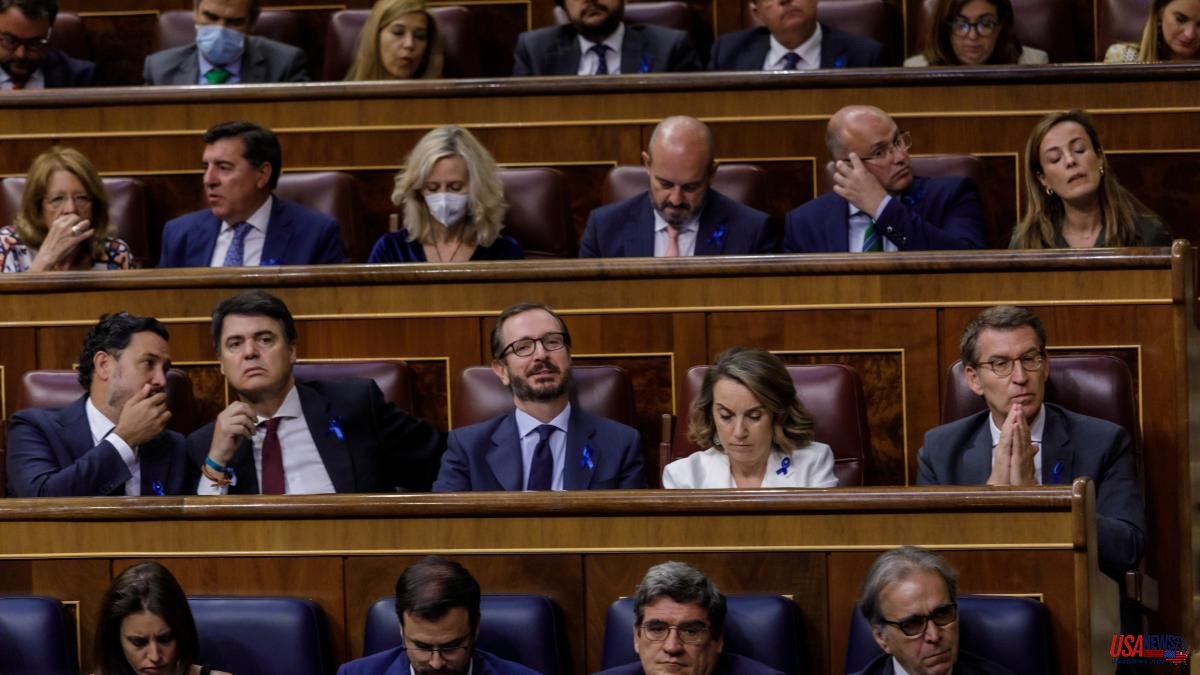 The presidents of the PP, Alberto Núñez Feijóo, and of Vox, Santiago Abascal, met last week in Madrid, at the request of the far-right leader, in a meeting that lasted about an hour and was confirmed this morning by the two political formations.

According to PP sources, the meeting "was correct" and in it an analysis of the current situation was made. Feijóo and Abascal, according to popular sources, agreed "in part" on the diagnosis, but they did not agree, according to the PP sources consulted, "on the way to deal with it."

PP sources frame this meeting in "a context of political normality", in which the PP leader has already held other meetings of a reserved nature with other political leaders, among whom they quote the president of UPN, with whom he met before summer to exchange views on the situation in Navarra, and has also done so with the leader of the Canarian Coalition.

Alberto Núñez Feijóo also met in September with the third vice-president of the Government, in her capacity as head of the Sumar platform, Yolanda Díaz, and will do so soon with the president of the PNV, with whom he plans to speak in October.

The same PP sources do not rule out holding "private" meetings with other Spanish political leaders in the coming weeks.

As soon as the meeting between Feijóo and Abascal was known, announced by Vox, the PSOE demanded that the president of the PP know "if they have advanced in a pact between the right and the extreme right, as has happened in Italy", and summoned him to explain if the meeting discussed, for example, "the continuous outbursts of the vice president of Castilla y León, of Vox, "supported by the PP of Feijóo".

Socialist sources expressed their surprise that Feijóo and Abascal "meet practically clandestinely, as if we were in front of a photo of Colón, incognito", although they say nothing in fact that the meeting between the president of the PP and the third vice president of the Government has also been private, and has not been known until today.