The bombing on a bustling Istanbul street on Sunday was a reminder of the violence that hit the country between 2015 and 2017. 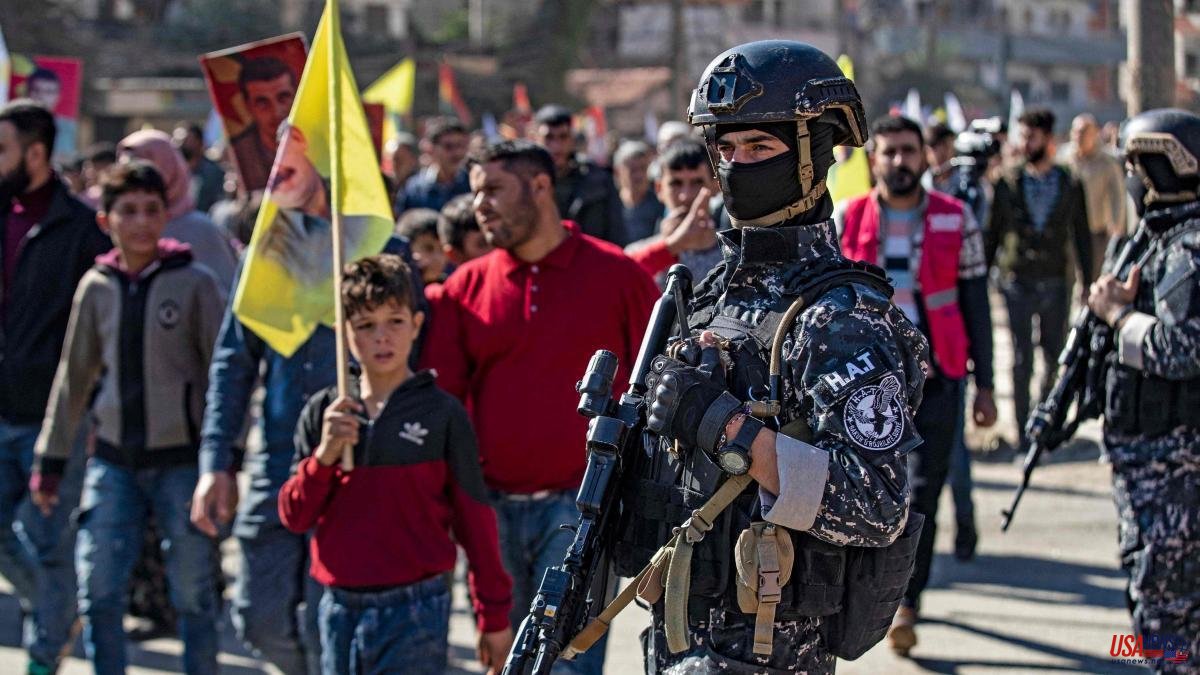 The bombing on a bustling Istanbul street on Sunday was a reminder of the violence that hit the country between 2015 and 2017. Those attacks preceded a new phase in Turkey's fight against the Kurds, including several military operations in the north. of Syria, which entrenched Turkish President Recep Tayyip Erdogan in power. The bomb that killed six people and injured 81 more puts national security back at the center of the political agenda, something that the Turkish president will use to his advantage seven months after a hard-fought election and as the country grapples with inflation of 85%

One of the scenarios predicted by analysts points to Erdogan taking advantage of the occasion to win support for a new and long-awaited military intervention against the Kurdish militias on the other side of the southern border. Northeast Syria is controlled by the Syrian Democratic Forces (SDF) and its main member, the People's Protection Units (YPG, for its acronym in Kurdish), which had the support of the United States in its fight against the Islamic State. Turkey has been quick to accuse this militia of having carried out the attack after the arrest of the alleged terrorist and assuring that the order came from the city of Kobane, a symbol of the Kurdish resistance against the Islamic State. The YPG deny any link to the terrorist and accuse the Turkish president of seeking a reason to gain international approval for another incursion into the region.

That Ankara points to Kobane as the origin of the attack is significant. “We are receiving the information that the Turkish authorities want us to have. Certainly, the headlines of the official version play in favor of President Erdogan: the attacker arrived in Turkey from Kobane via Afrin, two places in Syria where Turkey is interested in expanding its presence," says Francesco Siccardi, an analyst at Carnegie Europe. a center of expertise based in Brussels.

On the sidelines of the G-20 summit, Erdogan this week insisted on his accusation. "The separatist terrorist organization is doing these things when cornered in Syria," he said, referring to ongoing military operations by the Turkish army to combat Kurdish militias in his neighboring country. Erdogan assured that his country will maintain its "strategy to eliminate the terrorist threat at its source."

Ankara considers the YPG and its political wing, the PYD party, to be terrorists because of their links to the banned Kurdistan Workers' Party (PKK), the Kurdish guerilla in Turkey that is also classified as a terrorist organization by Washington and the European Union ( EU). But the United States and other Western states, including Turkey's NATO allies, do not view the YPG as a terrorist group. Erdogan keeps the accessions of Sweden and Finland to the Atlantic Alliance blocked, for this reason. And he accuses the United States of being "complices" in Sunday's attack.

Since 2016, Turkey has launched four military operations in Syria. One of them, in October 2019, was designed to seize territory controlled by the Federation of Northern Syria, commonly known as Rojava. Following the raid, Ankara and its allied Syrian forces occupy an area between the cities of Ras al Ayin and Tal Abiad.

Last May, Erdogan indicated his intention to launch a new offensive in the region, but Moscow and Washington, which have forces on the ground, publicly opposed the idea. Still, drone strikes and shelling by Ankara-allied forces on cities under Kurdish rule, including Kobane, have intensified in recent months, according to the Rojava Information Center, a media and research center that operates in the region.

Erdogan will test the terrain to measure the degree of acceptance of his military intervention both inside and outside Turkey, as predicted by the professor of International Relations at the Autonomous University of Barcelona, ​​Eduard Soler. “Depending on what happens, he will act. But it is a dangerous game for the Turkish president. Kobane has a very important symbolic value for Kurds around the world because it resisted the IS siege. He can alter sensitivities and the discomfort can be transferred to the streets of Turkey ”, he assures

“What makes Kobane special for the Turks is that it allows them to connect the other areas that Turkey occupies in the region, creating a united security zone along most of the Turkey-Syria border,” adds Siccardi, author from the report How Syria Changed Turkey's Foreign Policy.

Erdogan's intentions to create a "security belt" of about 32 kilometers inside Syrian territory from the Turkish border with the aim of housing some of the 3.7 million Syrian refugees who fled to Turkey due to the war in Syria are well known. , as a solution to a situation that causes discomfort in your country. “We have to be attentive to how the Turkish population will link this attack with the increased feeling of rejection against Syrian citizens in the country. There are sectors of the opposition that accuse the Erdogan government of having fueled this rejection of Syrian refugees,” says Soler, who is also an associate researcher at CIDOB.

For this "security zone" to be effective, Ankara must first gain control of Kobane. "But there are other factors at play: the need for Russia to give the green light and the fact that Turkey has entered into a more positive relationship with the Syrian regime of Bashar al-Assad to facilitate the return of Syrian refugees settled in Turkey," he points out. siccardi.

All in all, both experts agree that the national security argument is a card that Erdogan has played before and that he will use again in the next electoral contest where he aspires to extend his 20-year term. "It has been shown that the popularity of the Turkish president has improved after each of the four military operations that he has carried out in Syria," recalls Siccardi.