Fear, dread, something close to panic. 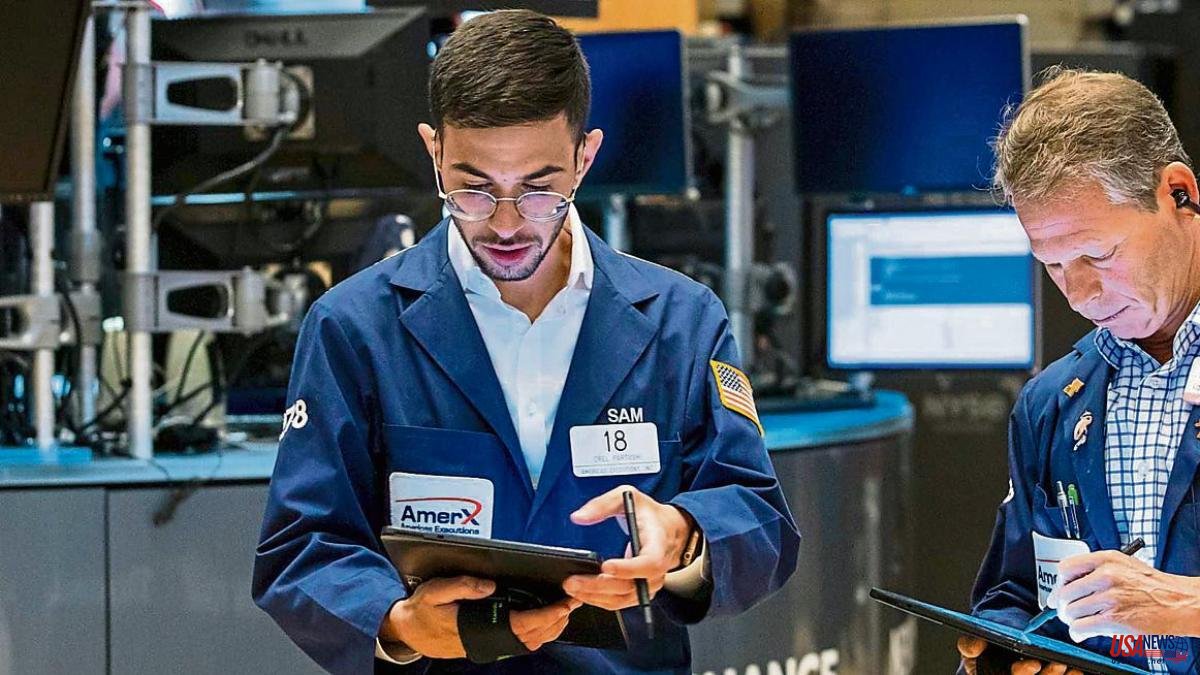 Fear, dread, something close to panic. The world markets yesterday experienced a day as black as the clouds that investors see stalking the economy. Inflation is far from under control. Europe and the United States are not Turkey, where prices rise at a rate of 73% per year and it is rightly criticized that the central bank led without dissimulation by Erdogan has rates at 14%. No, here the differences are smaller, but the rates are still close to the ground and the prices are riding in both cases above 8%...

The last time US inflation hovered around that level was in the 1980s and rates were…14%! Larry Summers, former US Treasury Secretary, shot yesterday: "It's pretty clear that the peak inflation theory, like the transitory theory, is pretty wrong," he told Bloomberg. “The Fed's projections in March, when he said inflation would drop to 2% by the end of the year, were, frankly, delusional and look even more ridiculous today,” he added. The European Central Bank (ECB) has also finally changed its discourse and even dared on Thursday to advance a rate hike of 25 points in July and, perhaps, another 50 points in September to bring the price of money to 0.75% at the turn of summer.

When the market was still digesting the speech by Christine Lagarde, president of the ECB, the US inflation data sowed chaos. The markets understand that the Fed will have no choice but to be very forceful. A 50-point hike next week is taken for granted, maybe 75 points. The same is expected for the July and September meetings.

This was reflected in the stock markets, with plummeting falls on Wall Street and, above all, in the bond market. When significant rises are anticipated, investors sell short-term debt – the most sensitive to higher rates – and that triggers their profitability. That of US Treasury bonds at two and five years exceeded 3% yesterday, its highest level since 2008 and a level similar to that of 30-year debt.

Whenever this happens – the flattened yield curve, with similar levels of returns at short and very long maturities – it is because the market anticipates a recession. The risk is that the economic contraction coincides with high inflation to give rise to the dreaded stagflation, a phenomenon for which there are few recipes and all of them very painful.

In Europe, the scenario is not so extreme because inflation, at least until now, was clearly made up of energy and raw material components due to the war. But, although the demand does not have the strength of the United States and the labor market is not as stressed, this is no longer the case. The strong rise in core inflation is beginning to point to structural problems that require more action.

The market sees it, anticipates what is coming and makes decisions: run away from risk or demand higher returns for it. Translated into the trading floors, the European stock markets fell sharply yesterday, with Milan (-5%) and the Ibex (-3.7%) as the main victims. In the Spanish stock market, the crash of the banks was spectacular. BBVA collapsed 9% and the rest –CaixaBank, Santander, Bankinter and Sabadell– yielded between 6.5% and 7%. Companies linked to consumption, travel, and industry also fell. All.

As for debt, and in the absence of knowing the Lagarde formula to avoid the fragmentation of the eurozone – that the market demands much higher interest rates from some countries than others – risk premiums fly. The ten-year Spanish bond rose to 2.8%, with the differential with Germany at 128 points, the maximum since 2014. There is trouble. Rising rates, inflation, war, higher financing costs for hyper-indebted states and weak growth. Where is the exit?