World stock markets took a breather yesterday at the prospect of the Federal Reserve stepping on the brakes a bit on its announced plan to tighten monetary policy. 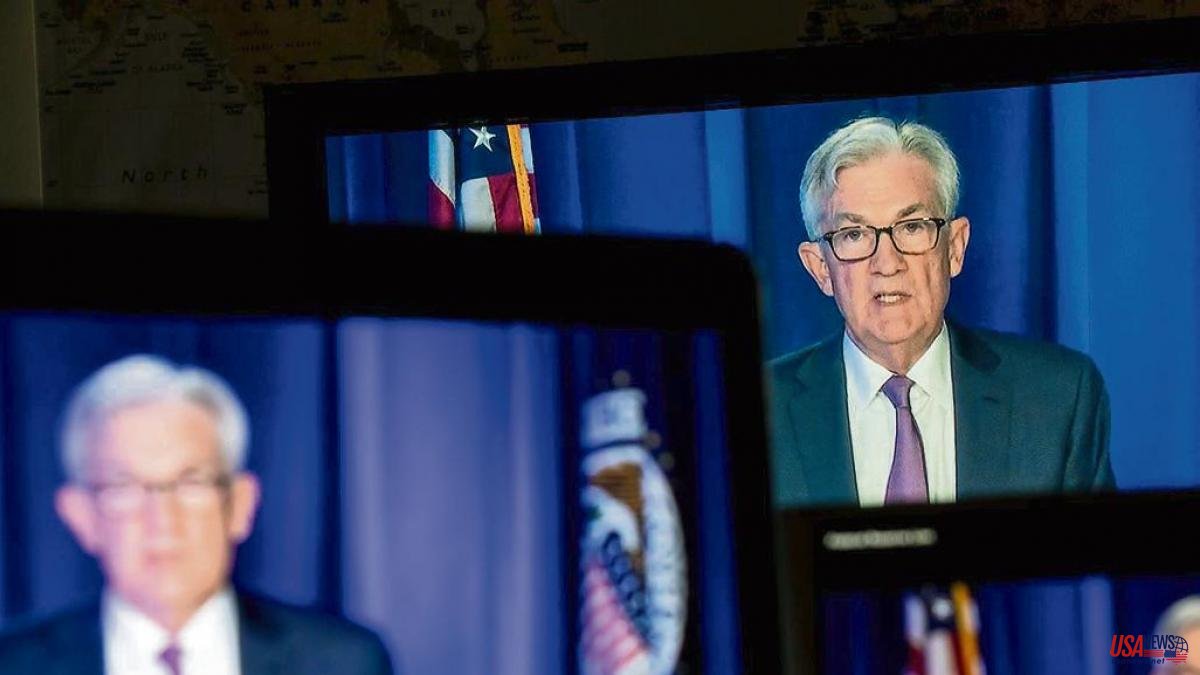 World stock markets took a breather yesterday at the prospect of the Federal Reserve stepping on the brakes a bit on its announced plan to tighten monetary policy. With all investors' eyes focused on the minutes of the last Fed meeting in early May, the stock markets made gains in Europe, whose inflation problems have very different nuances from those of the United States and where the central bank's response it is also different.

Yesterday the Ibex advanced 1.5% and is already close to 8,800 points. In the last two weeks it has recovered almost 10% from the lows of early May. In the rest of the European stock markets, also depending on Wall Street, the gains were more moderate. Paris, Frankfurt and London rose 0.7%, 0.6% and 0.5%, respectively. Milan closed with a rise similar to that of the Spanish stock market.

The market assumes here that things have to change. It is assumed that the European Central Bank (ECB), with the surprising – concrete and almost transparent – ​​message from its president last Monday, will raise rates in July and September, but there is no doubt that it will be very careful. The fragmentation of the eurozone and the weakness of the recovery require it.

On the other side of the Atlantic, the picture is harsher. With inflation in the United States above 8%, the housing market inflated and a labor market that pressures wages from full employment, investors have been restless for months. The Fed has already raised interest rates twice and many more hikes are expected between this year and next.

Lael Brainard, vice president of the entity, recalled it yesterday when she recalled that the Federal Reserve is taking energetic measures to tighten financial conditions that allow it to reduce inflation that is too high. "High inflation is our most pressing challenge," Brainard said in a keynote address at John Hopkins University in Washington. "That's why we're taking strong action that will bring inflation back down."

The minutes of the Fed confirmed what was expected. The majority of the governors of the central banks of the United States supported in May increases of 50 basic points (half a point) of the interest rates in the next two meetings. This will take the official price of money to the range of 1.75%-2% at the turn of the summer. But the most important thing for investors is that an even more abrupt rise is ruled out, as was feared a few weeks ago.

At the same time, the members of the body of the Fed that decides the monetary policy stressed that they will act with flexibility to change gear later if necessary. "Many participants felt that accelerating the removal of the accommodative policy would leave the committee well positioned later this year to assess the effects of policy tightening and the extent to which economic developments warrant policy adjustments."

America's central bankers are trying to square the circle. They are trying to cool the highest inflation in 40 years without throwing the economy into a recession. In May, Fed members "noted that a tightening policy stance may well become appropriate depending on developments in the economic outlook and risks to the outlook." They said labor demand continued to outstrip available supply.

Recession is a real possibility, although not everyone believes that it will happen. "Our baseline scenario remains that a recession can be avoided and geopolitical risks will moderate as the year progresses, allowing stocks to rise," said Mark Haefele, chief investment officer at UBS Global Wealth Management. "But recent market declines have underscored the importance of being selective and considering strategies that mitigate volatility."

Following the publication of the minutes, the US stock market and the dollar rose. The S