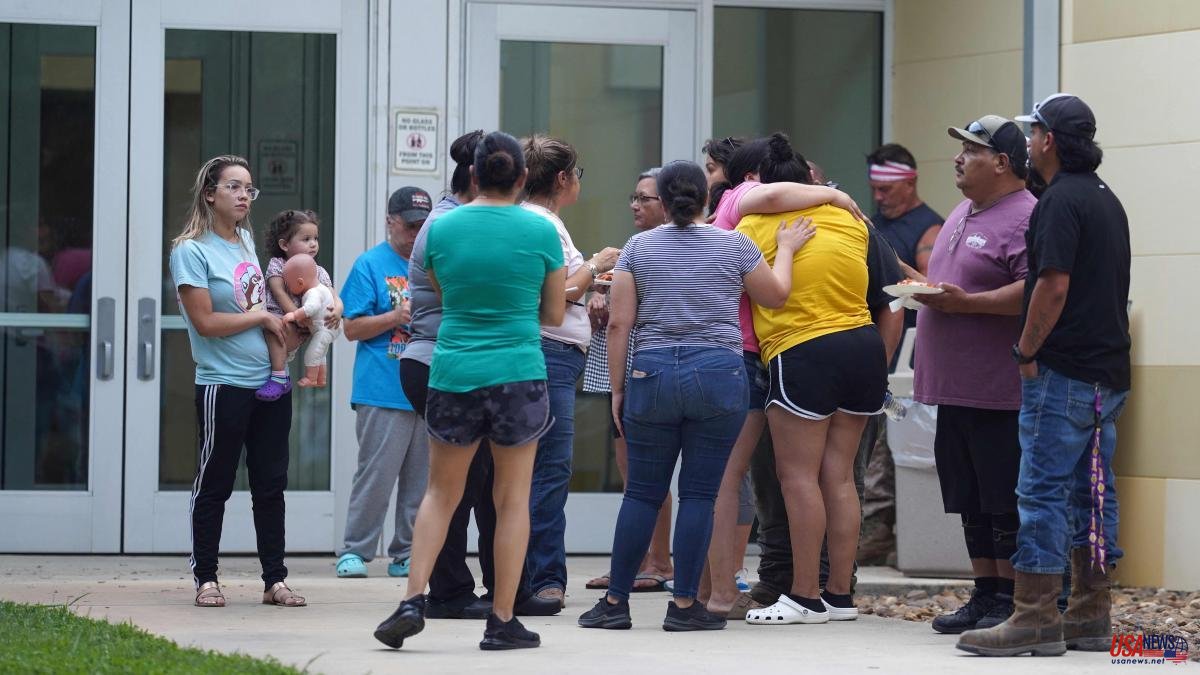 The drama has flooded the Willie de León civic center, in Uvalde (Texas, United States). The students of the Robb school have been transferred there, who have survived the shooting perpetrated this Wednesday by an 18-year-old boy and which has ended the lives of 19 children – most of them between 7 and 8 years old – and two adults. Hugs and tears for the victims of what is the second-deadliest shooting at an American school in a decade. And rage, for the eternal debate on weapons. And it is that the residents of this small municipality in southern Texas regret how a lonely young man who could suffer from mental problems accessed a rifle as soon as he turned 18.

"We should have more restrictions on the use of weapons, especially when it comes to children who are not in the right mental state and the only thing they want is to harm innocent people and children in a school," criticized Lisa Garza, cousin of Xavier López, one of the murdered minors. "He was just a 10-year-old boy who loved to dance with his brothers and his mother, he enjoyed life ... this will take its toll on all of us," she later lamented.

Other families have also focused on the issue of mental health. "You have to raise awareness about mental health, someone should have noticed such a dramatic change before this happened," explained Amber Ybarra, relative of Eva Mireles, 44, one of the murdered teachers, while donating blood for the wounded.

"He was the sweetest boy in the world," sobbed Manny Renfro, grandfather of 8-year-old Uziyah García, another of those killed in the terrible shooting at the Robb de Uvalde school, as he recalled his last visit home, when he began to teach how to play football. At the same time, a man was leaving the civic center crying "she's gone" and a woman, at the rear of the building, was yelling into her phone as she kicked and shook her fist. Tears and rage.

Also uncertainty. And it is that there were not a few families that were unaware of the situation of their children, grandchildren or nephews. "They don't tell us anything, just that we wait and they've already sent us to the hospital and from the hospital to the civic center and then back to the hospital," complained Federico Torres, father of Rogelio, a 10-year-old student. He was not the only one, other people waited for news while holding photos of their relatives, trusting that they are not on the list of 21 deceased, which has been expanding as the evening progressed in Uvalde. The messages were repeated on social networks.

"Uvalde is a quiet city, with a close-knit community, this hurts us a lot," Derek Sotelo, who works in a mechanic shop near the school, told The Washington Post.

In fact, Sotelo himself and a coworker were going to lunch when they saw the gunman, Salvador Ramos, crash his truck into the outside of the school. They and other bystanders went to the vehicle believing that Ramos was having some problem and that's when the gunman opened fire. "We saw a girl full of blood and some screaming parents, the scene was very ugly," he said.

Who knew Salvador Ramos well was Rubén Flores, who lives next to where the gunman grew up. "He had a pretty tough life," he told The Washington Post. Ramos, who as a child lived with his older sister and his mother, with whom he began to clash repeatedly as he grew older, ended up leaving home to settle in the house of his grandmother, whom he shot and seriously injured. .

"He was a lonely boy," added Eduardo Trinidad, a resident of Salvador Ramos' grandmother's home.