Faithful to the spirit of Ermua

ETA committed many atrocities throughout its history. 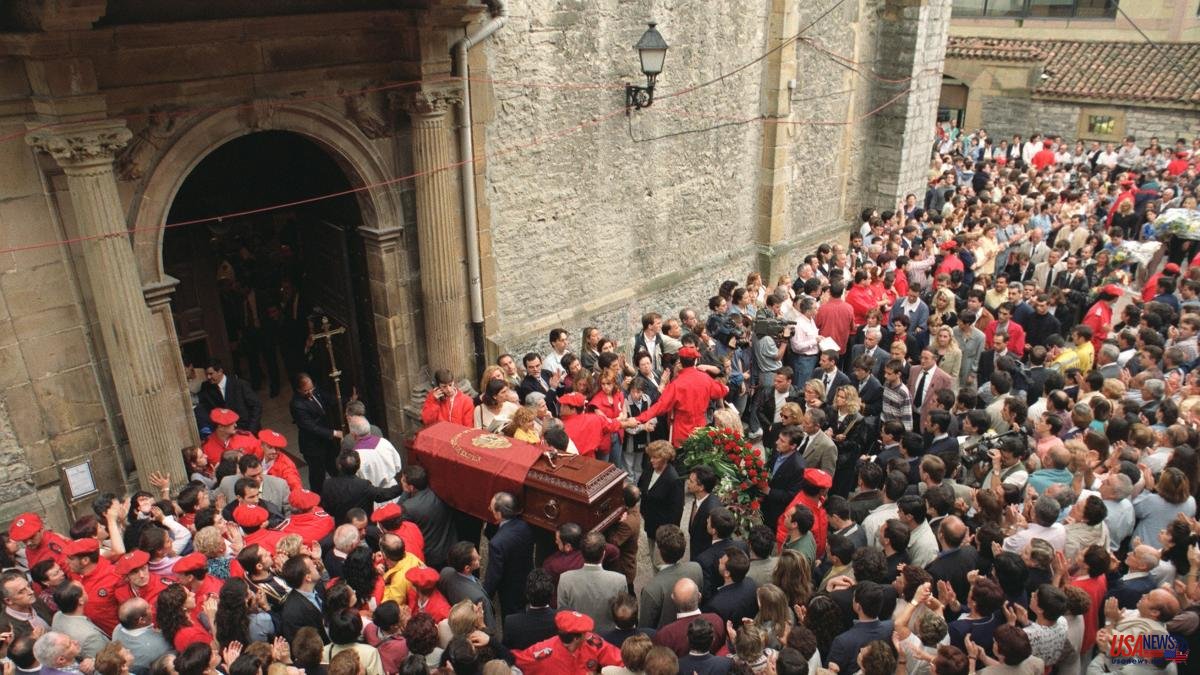 ETA committed many atrocities throughout its history. It's hard to know which was the worst or the wildest. The high number of fatalities in some attacks or the age of those killed in some others makes it difficult to make this macabre assessment of which was the worst terrorist action. But, without a doubt, the cold-blooded execution of the PP councilor Miguel Ángel Blanco marked a before and after in the relationship between society in general and the world of ETA. It was called the spirit of Ermua, which is the hometown of the murdered young councilor, but it could be summed up as “so far we have come”. Kidnapping a 29-year-old boy and threatening to execute him for 72 hours before finally shooting him in the head was a vile act and mobilized millions of people in Spain against ETA. I would dare to say that it had never happened before.

In my almost 40 years of profession, one thinks I have seen everything but nothing comparable to what I experienced that afternoon of July 12, 1997, when stationed in front of the house of Miguel Ángel Blanco, the notice of his death was given. A crowd of hundreds of neighbors, angry and disturbed, began to shout "murderers, murderers" towards the journalists who stayed behind the police cordon. Scenes of pain and crying combined with the impotence that we all felt for not having been able to prevent that death. And a deep repugnance towards everything that ETA represented.

In the same way that I remember my discussions in those days, which escaped my neutral function as a journalist, with the leaders of HB who refused to condemn the attack, I regret that now they want to politicize the anniversary of his death. The heirs of that HB who cowardly followed the ETA slogans, are today democratically elected representatives in our Parliament, and have distanced themselves from the ETA doctrine. The spirit of Ermua, I believe and I write, is not to create new divisions between the democratic forces to obtain an electoral slice. It is to look forward to build a Basque Country in peace.