F1: Schedule and where to watch the Formula 1 Azerbaijan Grand Prix

This Sunday, June 12, the Formula 1 Azerbaijan Grand Prix will be held on the Baku street circuit, which is especially delicate for the drivers. 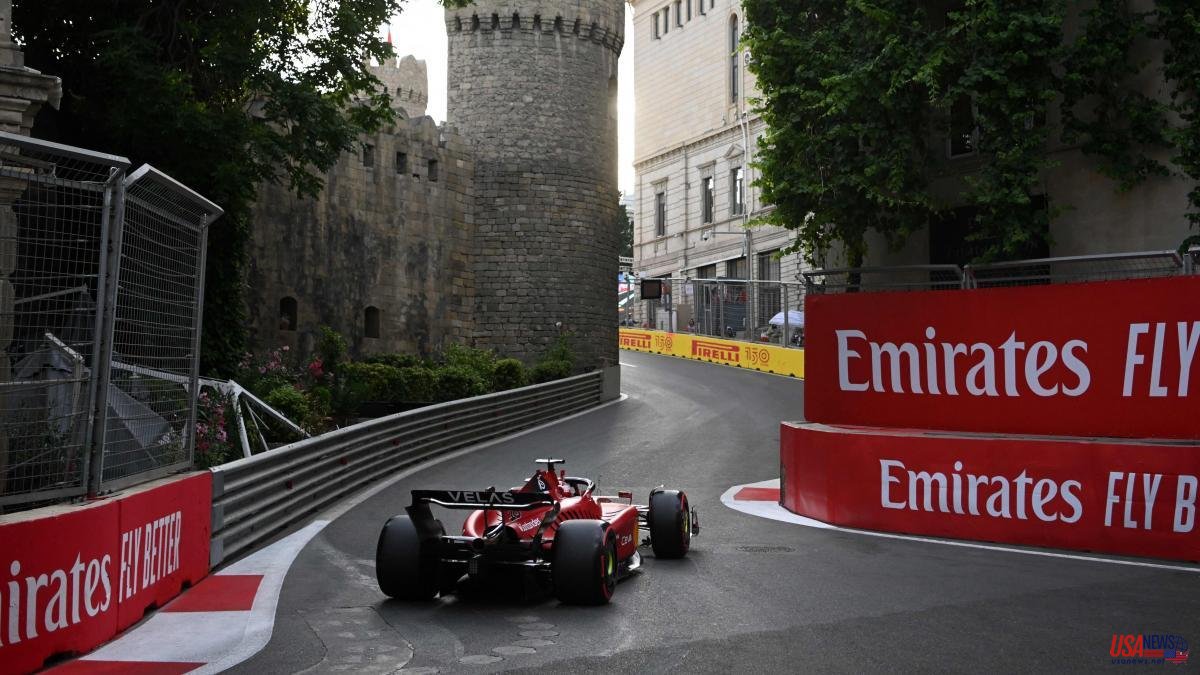 This Sunday, June 12, the Formula 1 Azerbaijan Grand Prix will be held on the Baku street circuit, which is especially delicate for the drivers. Charles Leclerc (Ferrari) will start from pole position followed by Sergio 'Checo' Pérez and championship leader Max Verstappen, while Carlos Sainz will start fourth.

The race in Baku will start at 1:00 p.m. and you can watch it live on the DAZN streaming platform and on Movistar, as well as being able to follow minute by minute through the La Vanguardia website.

Verstappen will go into the race nine points ahead of Leclerc, his closest rival in the World Championship standings, and Pérez is third with fifteen points less than his Red Bull teammate. For his part, Carlos Sainz is fifth with 83 points followed by Lewis Hamilton with 50. Fernando Alonso is thirteenth with 10 points.

In last year's test in Baku Leclerc also took pole position, but in the race Sergio Pérez won by a narrow margin of just over a second over the Aston Martin of German Sebastian Vettel. Fernando Alonso finished in a creditable sixth position and Carlos Sainz finished in a discreet eighth place with his Ferrari.

Alonso, who starts from tenth position, assured in statements released by his own team that he likes "street circuits, there is no margin for error". "Now we have many street circuits in Formula 1, I like it. In Baku it is very possible to overtake," said Alonso, recalling that in his last participations in this GP he has been able to gain quite a few positions throughout the race.

After the Azerbaijan Grand Prix, there will still be fourteen races left before the end of the season. On June 19, the drivers will travel to Canada in what will be the last GP of the month of June. July will start its first weekend with the British Grand Prix.