Extremadura does not touch taxes, but proposes a drastic drop in prices and public rates

The president of the Junta de Extremadura, Guillermo Fernández Vara, has announced for 2023 "the greatest drop in prices and public rates that has ever been made" in the community, something that, as he has maintained, "does not affect essential services, it does not affect the fiscal architecture of our country" and "it does not touch the taxes that finance essential services". 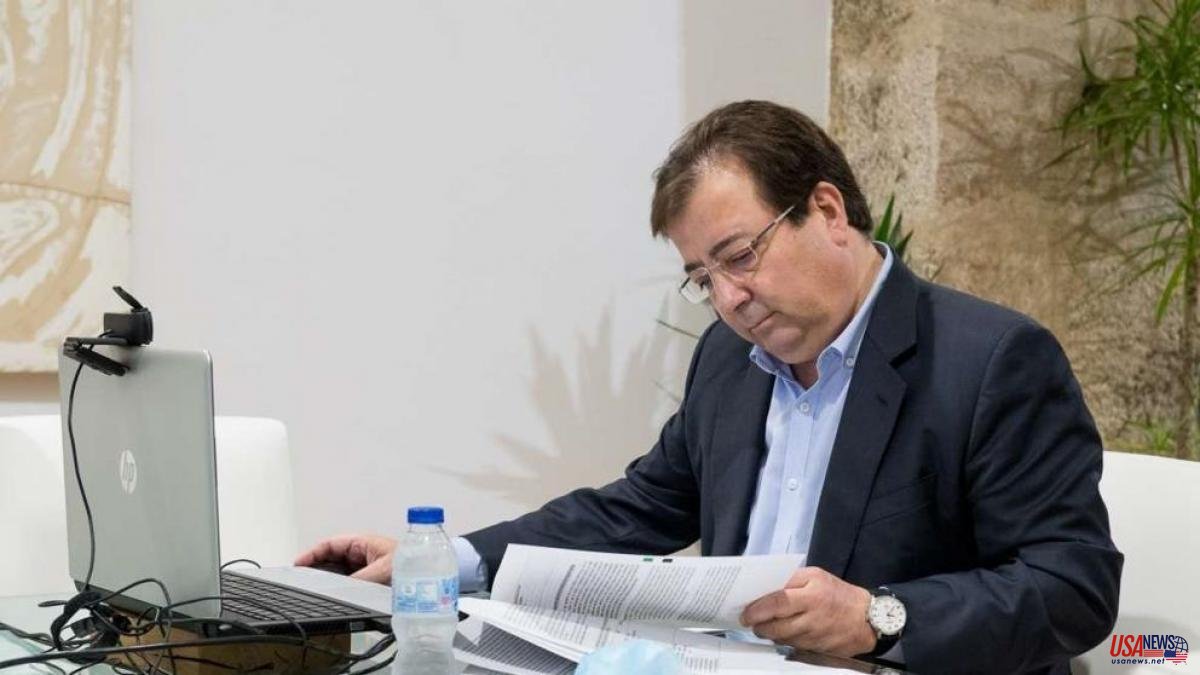 The president of the Junta de Extremadura, Guillermo Fernández Vara, has announced for 2023 "the greatest drop in prices and public rates that has ever been made" in the community, something that, as he has maintained, "does not affect essential services, it does not affect the fiscal architecture of our country" and "it does not touch the taxes that finance essential services".

Thus, it has advanced that the price of the ITV will be reduced by 25%, the rates on school canteens, morning classes, hunting or fishing licenses, laboratory tests, or transport cards, as well as 100% "of many other" fees.

A reduction that the Junta de Extremadura will propose to the PP in the framework of the negotiation of the community budgets for 2023, with the aim of "alleviating the economic burden and the obligations of citizenship", in the face of the "traps" that the PP seeks, that "intends that people disregard the obligation to maintain essential public services."

Fernández Vara has spoken in this way this Thursday in the plenary session of the Assembly of Extremadura, to questions from the PP about the measures it plans to adopt "to alleviate the tax burden on Extremadurans."

In formulating her question, the president of the Popular Parliamentary Group, Cristina Teniente, pointed out that the president of the Board "has recognized on numerous occasions that Extremadura is the region that makes the most fiscal effort, having the lowest income", which is added that "inflation in the region is skyrocketing", which has caused the Board "to have collected 90 million euros more until July", he said.

"This cannot be", warned Cristina Teniente, who has reaffirmed that "this plenary session cannot end today" without Fernández Vara "rectifying and assuming the commitment that it will alleviate the tax burden of Extremadura", something that " he has to do, he has no other way", due "not only to the fact that he is left alone, but also because Extremadurans need him".

Thus, the president of the Popular Group has ruled out that the Junta de Extremadura does not have resources, since the community's budget for 2023 contemplates 700 million euros in income, after which she has asserted that Extremadurans "do not want insults or confrontation" , but they want the president of the Board to "solve their problems".

As Lieutenant has reaffirmed, "this is not about ideologies or lowering taxes on the rich", but rather "it is about protecting the families of Extremadura, more suffocated every day", for whom "inflation cannot be an extra punishment ".

Lieutenant has added that "to make matters worse, he is defending centralizing fiscal looting, which they call harmonizing", after which he has indicated to Fernández Vara that "it is time to rectify", and has reiterated that it is necessary "to act in the first stages of IRPF, with retroactive effect, to return as soon as possible to Extremadurans part of the enormous fiscal effort they are making", something that "can be done without touching essential services", he reaffirmed.

In his response, Fernández Vara pointed out that "of course" they are "going to continue doing things", but he asked that the PP is going to continue asking for pensions to be raised, the salary of the toilets, greater hiring of teachers, more money for dependency or for infrastructures, since "that is the summary of everything that the PP has brought to this Chamber in the last six months: more, more and more spending", he pointed out.

Faced with this situation, the president of Extremadura has raised how this greater "with less income" is carried out, after which he addressed the president of the PP to point out that "it is very good to tell people what they want to hear every day ", but at the same time "fall into the contradiction of not explaining what you plan to do".

In this sense, he has reiterated that "it is very nice, when you are in the opposition, to say that taxes should be lowered, and when you are in government, raise them", after which he has advanced that the Junta de Extremadura is going "to take measures", which will be transferred to him in the context of the negotiation of the Budgets of Extremadura for 2023 that are being carried out.

Some measures with which the regional Executive intends to "alleviate the burden that families have at the moment", which will join the measures that the central government has put in place.