With the Ukrainian advance on the territory of the Kharkiv region previously controlled by Russia, human rights violations suffered by the inhabitants of the occupied towns are becoming known. 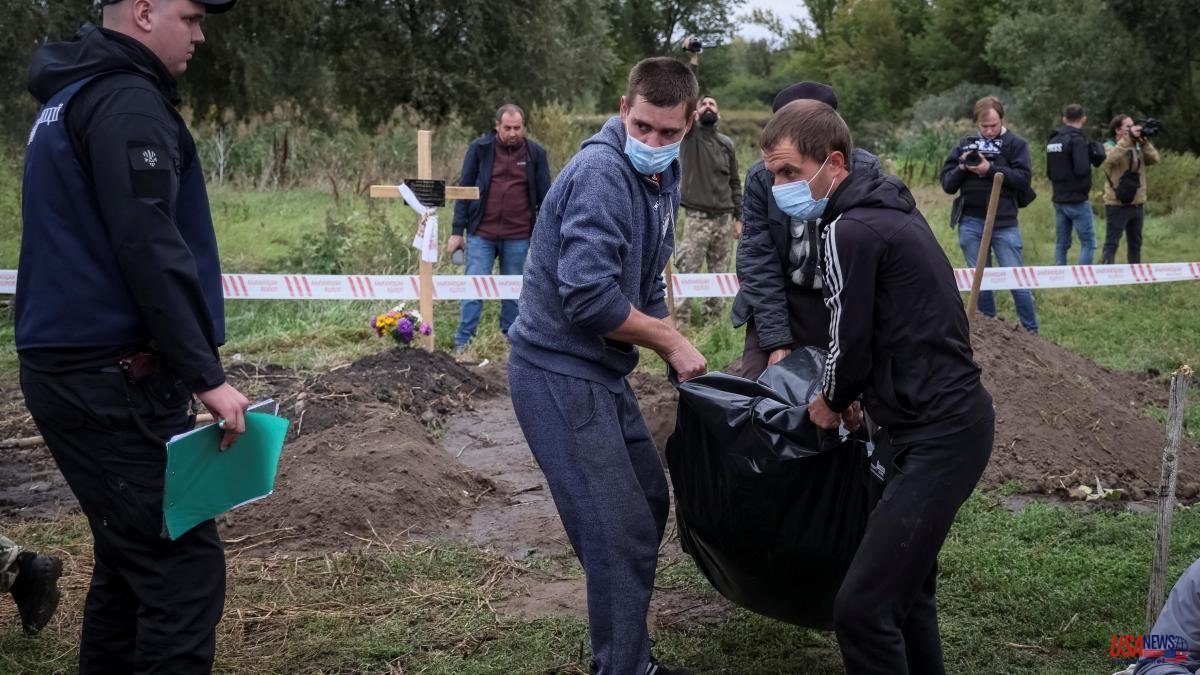 With the Ukrainian advance on the territory of the Kharkiv region previously controlled by Russia, human rights violations suffered by the inhabitants of the occupied towns are becoming known. Since Saturday, the regional police have repeatedly reported that their local agents have found bodies of civilians with signs of torture in territories that were previously in the hands of Moscow, a fact that has motivated the opening of an investigation by the Ukrainian prosecutor's office.

On Tuesday, regional police accused Russian troops of setting up "a torture chamber" at the local police station in Balakliia, a city of 25,000 that was occupied from March until last week. In a Facebook post, the head of the police investigation department, Serhii Bolvinov, cited the testimony of local residents, stating that Russian troops “always held at least 40 people captive” in the facility.

Meanwhile, four bodies of murdered civilians were found with "traces of torture" in the village of Zaliznychné, in the Kharkiv region, the Ukrainian prosecutor's office announced on Monday. The four bodies were found on Sunday and "had signs of torture."

"Three of them were buried on family-owned land, another was buried on the asphalt factory site in front of the train station," he said on Facebook. "According to the preliminary version of the investigation, the victims were killed by the Russian army during the occupation of the village," continues the Ukrainian prosecutor's office, which assures that it was the inhabitants who "contacted the police and reported that Russian soldiers had killed their fellow citizens" after this village came under Ukrainian control last week.

In another village in the region, in Grakové, where AFP journalists were able to document damage that testifies to the violence of the fighting. The prosecution also indicated that they discovered the bodies of two civilians there, with traces of torture and bullet wounds in the neck.

Amnesty International called on Monday the Ukrainian authorities to "prioritize the collection of evidence" of alleged war crimes in the recovered territories. "Collecting such evidence requires a lot of resources and therefore we call on the international community to provide resources to support Ukraine's efforts," the organization said in a statement.

Ukraine announced in recent days important territorial gains in the Kharkiv region, bordering Russia in the northeast of the country, which had been partially under Russian occupation practically since the beginning of the war.

Russian forces have been accused of multiple abuses during their occupation of the outskirts of Kyiv, especially in the dormitory town of Bucha, from where they withdrew at the end of March. Moscow has denied any crime and has assured that it is false news.