Evenepoel takes another bite out of the Vuelta

He arrived in Asturias as just another candidate but he leaves as the man to beat, the skipper and top favorite of this Vuelta a España. 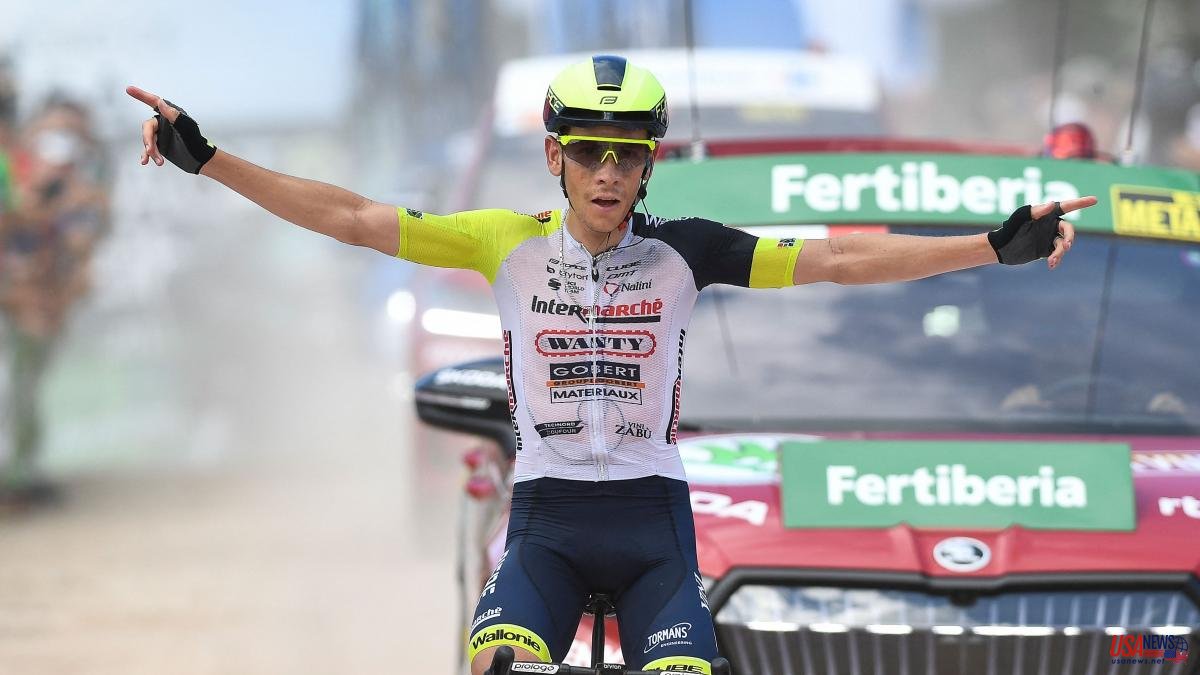 He arrived in Asturias as just another candidate but he leaves as the man to beat, the skipper and top favorite of this Vuelta a España. Remco Evenepoel (Quick Step) turned the race upside down again on the explosive climb to Les Praeres, a first-class pass with ramps of up to 24% incline but only 3.5km long. He no longer needed the Belgian to open unthinkable differences at the beginning of the stage. The Spanish trio made up of Enric Mas, Juan Ayuso and Carlos Rodríguez could do nothing. Nor Primoz Roglic, monarch dethroned much earlier than expected.

The end of the ninth stage was one of those short hells (only 3.5 kilometers) that destroy the illusions of some and elevate the cyclists who are truly special. This is the case of Evenepoel (22 years old), exponent along with Pogacar, Vingegaard, Van Aert and Vander Poel of a cycling never seen before. The power of it bends specialists both uphill and on the flat. In his first three-week lap he is proving that the next few years of cycling will be exciting. The Alicante time trial (where he is also the favourite) next Tuesday may make many of his rivals start thinking about fighting for second place.

The victory of the stage went to the South African Louis Meintjes, one of those invisible riders, capable of being among the top ten of the Tour and Vuelta for six years and despite this not savoring victory. The biggest prize of his career was also won, as he usually does, without making any noise. Going up with more intelligence than Janssens and Battistella, escaped kilometers before the beginning of the port. The recovery of the South African, without boasting, ascending with the category that experience gives, rewards a career full of effort without flashy victories.

The stage between Villaviciosa and Les Praeres, 171 kilometers long and five climbs, two of them first-class, left several victims, but a clear overthrown. It was not just any bad day for Roglic. The Slovenian is not one to have them when he is well. Rather it was the certification that he is not at the level with which he achieved victory in the last three editions. The Tour de France was a setback that he did not expect. Vigegaard took him away from the lead in the Jumbo with an abruptness that has ended up knocking down the fragile mentality shown throughout this course. In the Vuelta his legs are not with him either. After nine stages he is fifth, a victim of Evenepoel, but also of Enric Mas, Juan Ayuso and Carlos Rodríguez.