Evenepoel flies in Alicante and is more leader

With the hunger of a cannibal and the authority of a hierarch. 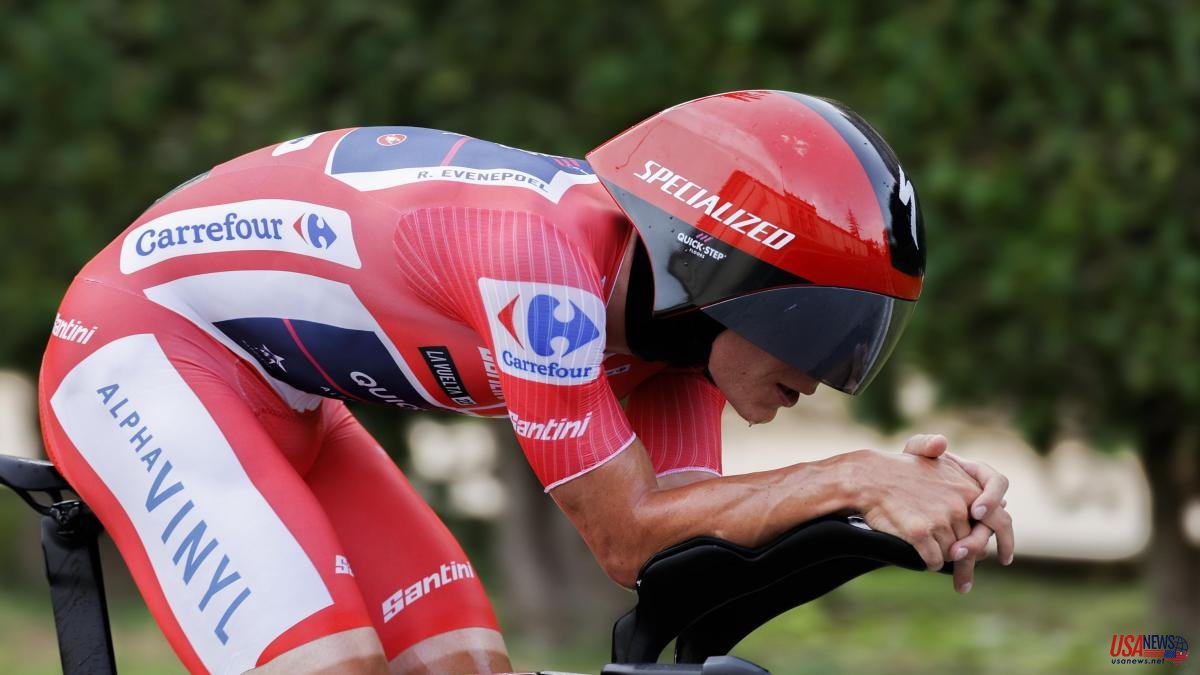 With the hunger of a cannibal and the authority of a hierarch. Remco Evenepoel (Quick-Step), the locomotive from Aalst (Belgium) that rides only on two wheels, gave another formidable bite to this Vuelta a España in the time trial between Elche and Alicante (30.9 km). Under scorching heat that exceeded 30 degrees and humidity close to 70%, Evenepoel outperformed some rivals who offered their best performance, such as Primoz Roglic (Jumbo) or Carlos Rodríguez (Ineos), in both cases they were on time of the specialists. But the leader ran out of the competition, set unbearable times in each part and endorsed the Slovenian in 48 seconds and the Spaniard in 1m22s. Enric Mas, meanwhile, lost almost two minutes and lost the second position on the podium.

The Vuelta is not decided, as there are still almost two weeks of competition left and, above all, a lot of mountains to climb. But it sure looks like it. Evenepoel's form does not allow his rivals to have much hope. The exhibition in Alicante is a new reality check for them. Especially for Roglic, who far from failed in the discipline in which he is a true expert. The Slovenian was in his role, surpassing specialists such as Cavagna or Craddock, but also his rivals in the general classification such as Carlos Rodríguez, Sivakov, Yates and Enric Mas. His second place in the stage is the example that he is still competitive and will fight for everything until the end, but it also shows that there is someone stronger than him.

The time trial had two very different dimensions. The mortals, between the second (Roglic) and the tenth (Enric Más) lived together within a minute of each other. The abyss was marked by Evenepoel, who from the beginning moved away from his rivals very easily. At the first intermediate point (10 km) he already had a lead of 20 seconds, then he reached 36 (20 km) and finished with 48 over the Slovenian. He was not affected by the intense heat that did make specialists like Rohan Dennis or Van Baarle fail, the latter, in an excess of sincerity, confessed at the end that he had "fucked" her by coming out too strong. The key was there, not to go too happy, because a slope in the final part made the track very demanding. But Evenepoel ignored the warnings and, as the best time trialists tend to do, he kept a constant pace to be the fastest in all the stages.

The surprise was Carlos Rodríguez, who lost 34 seconds to Roglic and was less than a minute off the podium. Enric Mas, for his part, had a good day and lost less than two minutes, but with more than three in the general classification, victory seems far away.

Mountainous terrain now arrives at the Vuelta, where Evenepoel has also been the best. It remains to be seen if he will reach the third week with the same energy and if his team is capable of supporting him in the bad moments, which may still appear.