There were no surprises and Remco Evenepoel (Quick Step) was spared surprise attacks in the penultimate opportunity for the opponents to weaken their lead before the final assault. 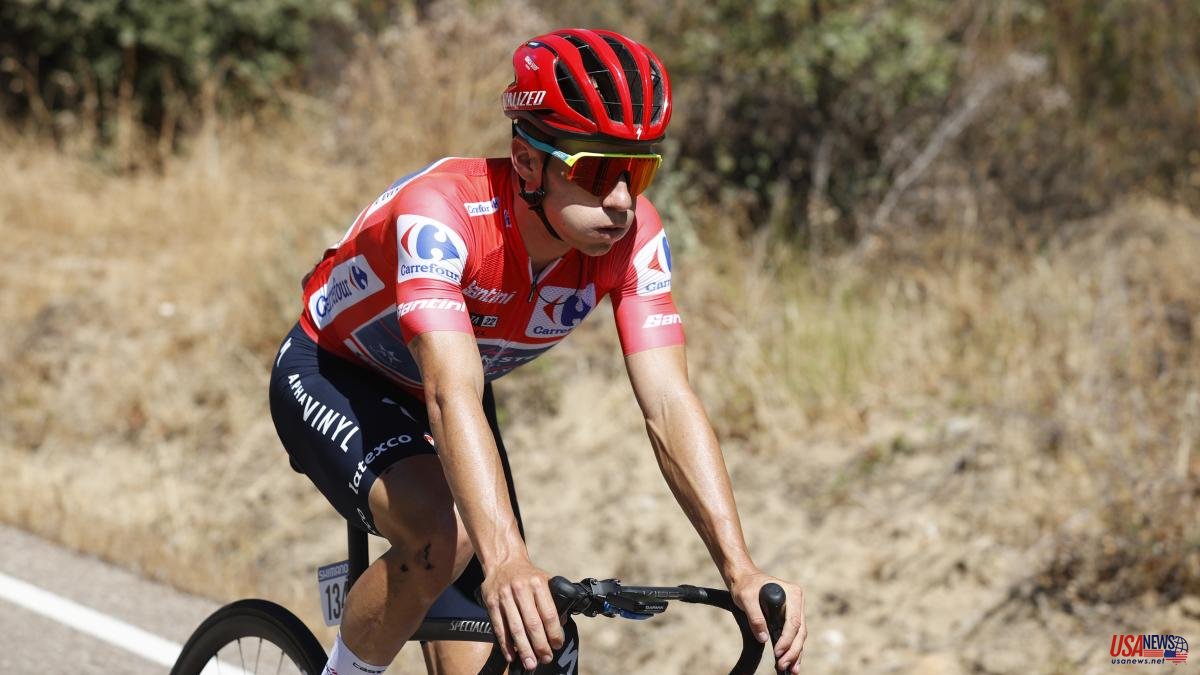 There were no surprises and Remco Evenepoel (Quick Step) was spared surprise attacks in the penultimate opportunity for the opponents to weaken their lead before the final assault. Except for an innocuous escape by three adventurers -neutralized 50 km from the finish line-, all the strong men reserved and guarded weapons for the great battle of Navacerrada, which, a priori, should decide the Vuelta 2022 this Saturday in a penultimate mountain stage legbreaker (181 km). Five chained climbs, with three first category summits and a high end, at the Navacerrada Pass (1,856 m), will put the Belgian's red jersey to the test.

The 19th stage, antepenultimate of the Spanish round, of 138 km with start and finish in Talavera de la Reina (Toledo), was one of the last options for Enric Mas (Movistar) to scratch Evenepoel by a few seconds before Navacerrada. But the Mallorcan did not appear in Talavera, nor in the two climbs to the top of Piélago, the only serious obstacle, second category, susceptible to ambush.

The day passed under the initial control of Trek Segafredo, setting the pace of the peloton, to find a good position for its sprinter Mads Pedersen. In fact, little did he flinch when at kilometer 16 the three adventurers of the day jumped: Jonathan Caicedo (EF Education-Easypost), Brandon Mcnulty (UAE) and Ander Okamika (Burgos-BH). None of the three worried in the general.

The three escapees managed to crown the peak of Piélago alone (km 31) with a margin of 3 and a half minutes over the large group, which little by little, with the Trek pulling, was closing the gap, until it ended up swallowing them before the second ascent to Piélago (km 91), about 50 km from the finish line.

It was on that second climb to the port that Bahrain began to pull with Mikel Landa in front, working for a possible stage win for Fred Wright, but it was Richard Carapaz (Ineos) who took the points to reinforce his lead in the classification of the mountain.

After the 12 km of descent and the final 30 to the finish, the Trek took control of the race again to place Pedersen well, with the Movistar cyclists on the wheel. The Danish sprinter, world champion in 2019, launched the sprint with his usual power and easily prevailed over Fred Wright (Bahrain). It is his third stage victory in this Vuelta, with which he consolidates his lead in the regularity classification over Wright (379 points, to 174 for the Briton).

Evenepoel marched in forward positions, well protected, and entered with the platoon, wasting no time. The Belgian will face the penultimate stage of Navacerrada with 2m7s over Enric Mas, 5m14s over Juan Ayuso and 5m56s over Miguel Ángel López (Astana).