"For the first time in my life I have run a Grand Tour in full health. 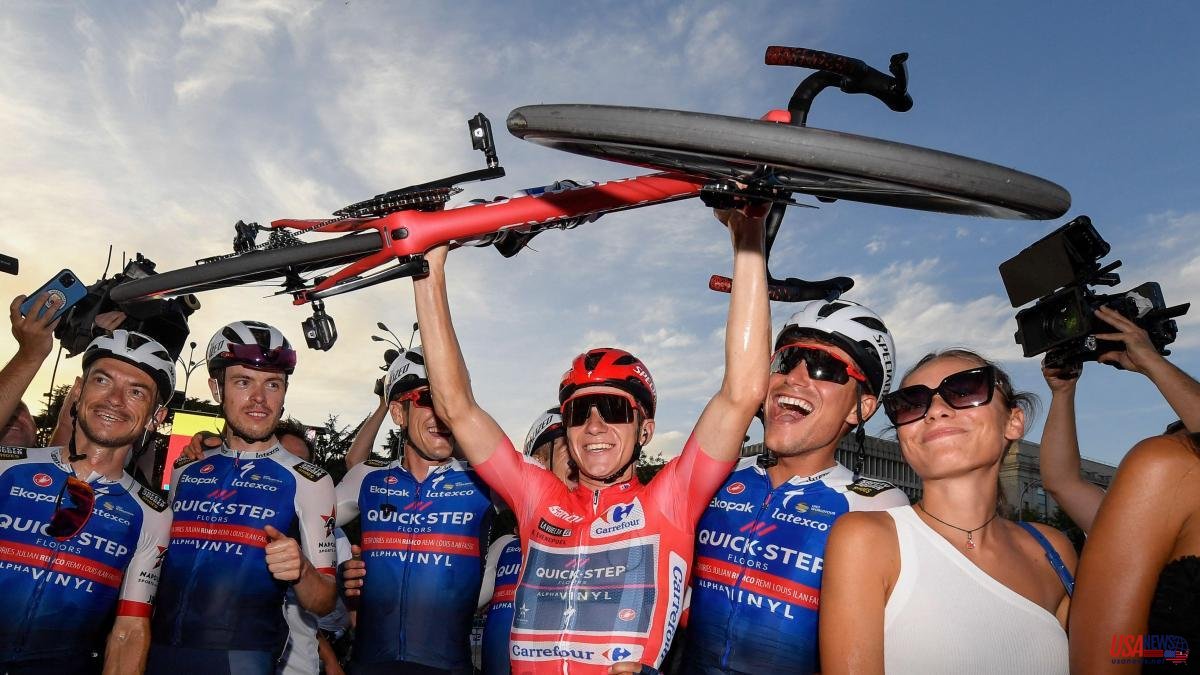 "For the first time in my life I have run a Grand Tour in full health." The physical state of Remco Evenepoel, born in Schepdaal (Belgium) in the year 2000, had been his great concern. A fall suffered in August 2020 at the Giro de Lombardía kept him out of competition for nine months due to a fractured pelvis. Until then, it was the natural successor of the greatest. A prodigious time trialist and a sensational rider, there were doubts about his performance in a three-week race. A year and a half later, the little cannibal, nicknamed for the comparison with Eddie Merckx, is no longer a promise. Robust, muscular and powerful. Evenepoel, the young prodigy, has become great by crowning himself in the Vuelta a España with great authority. Madrid elevated him yesterday after three years of dominance by Primoz Roglic.

The 2022 Vuelta will go down in history for Evenepeol's undisputed overall victory, for Mads Pedersen's dominance in speed (three victories) and for the rebirth of Richard Carapaz (three victories), but also for being the last that Alejandro Valverde has disputed. The Murcian was not the protagonist of other years, but he was once again very close to the best despite his 40 years. In Madrid he took a well-deserved mass bath as the peloton passed through the capital and was able to say goodbye as any cyclist likes. A well-deserved tribute to one of the great cycling legends.

This Vuelta has been very good for Spanish cycling. At last the victories returned in a three-week race. Marc Soler and Jesús Herrada added two much-needed wins in Bilbao and Cistierna after a long period of emptiness. In his role has been Enric Mas, second on the final podium and combative until the last day. And the most hopeful, the role of Juan Ayuso (18 years old) and Carlos Rodríguez (20 years old), third and fourth in their careers. Both are the future, but in this Vuelta they have been the present. Their careers should be reinforced after a performance above expectations given their young age.

In the last stage, starting in Las Rozas and finishing in Madrid, Colombian Juan Sebastián Molano (UAE) won the sprint. Ackerman's pitcher got into the fight and ended up winning ahead of Mads Pedersen, eventually green jersey, and Ackerman himself, third.