European women's football will increase sixfold in commercial value by 2033

A UEFA report, called "The Business Case for Women's Football", highlights the great potential of women's football in clubs and leagues in Europe, with a commercial value that will reach 686 million euros in 2033. 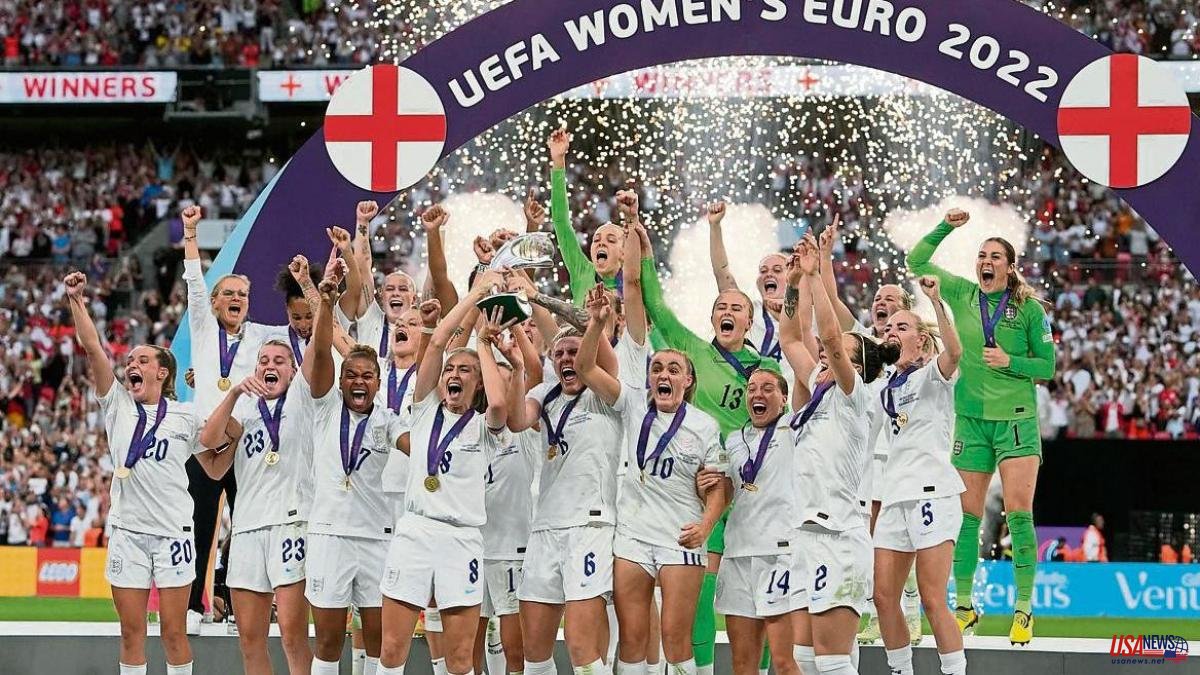 A UEFA report, called "The Business Case for Women's Football", highlights the great potential of women's football in clubs and leagues in Europe, with a commercial value that will reach 686 million euros in 2033. The document, made public this Tuesday, is a new practical and forward-looking report that highlights the growth potential of European women's football over the next decade.

The European Championship in England 2022 showed, according to the study, the popularity and potential of international women's football. However, it has also made great strides at club level, with the successful launch of a new format for the Champions League, with centralized marketing and television coverage, and an increasing professionalisation of the domestic leagues.

Based on the commitments outlined in "Time for Action", UEFA's women's football strategy, this report, based on detailed research, provides a comprehensive rationale for increasing investment in women's football and a clear methodology and explanation of its conclusions.

Giorgio Marchetti, UEFA Deputy Secretary General and Director of Football, noted that this document "is a very ambitious project that has been developed in collaboration with representatives of all football stakeholders, including national associations, leagues, the Association European Union of Clubs, the clubs, the operators, the sponsors, the fans and the academic institutions". "This report provides all of our stakeholders with a clear understanding of the benefits of investing in women's football, and provides them with a clear rationale for increasing that investment," he added.

"The Business Case for Women's Football" reveals a number of key takeaways that demonstrate the opportunities and benefits that immediate investment can bring. It points out that women's football could grow sixfold in commercial value over the next decade, reaching an annual value of €686m by 2033, with club sponsorship rising to €295m in that time.

Women's football is also seen as inspiring, empowering and family-friendly, attracting a diverse, progressive and young fan base. It is projected to grow from 144 to 328 million in the next ten years. Therefore, it considers that there is a clear investment opportunity for leagues, clubs, brands and broadcasters to meet the growing expectations of society and contribute significantly to the development and professionalization of women's football.