European leaders open the door to a gas price intervention

There were no written agreements because the meeting was informal and because there was not even a concrete proposal on the table to discuss, but yesterday's Prague summit marks the beginning of a change in trend in the European Union's response to the energy crisis. 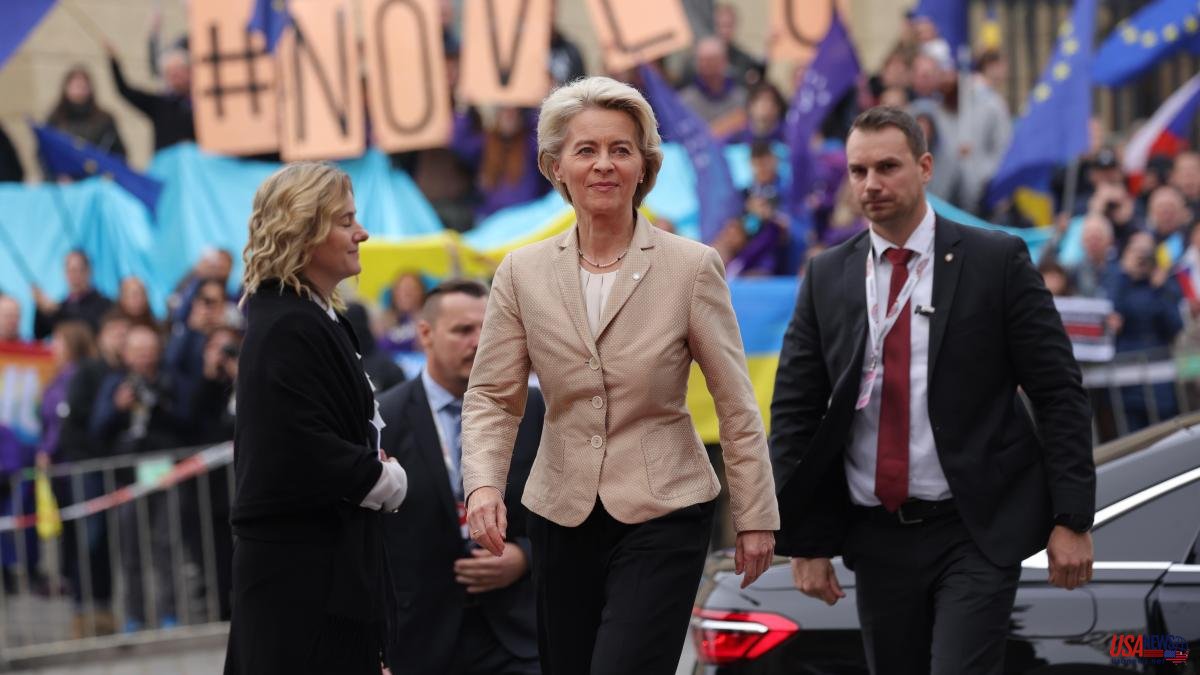 There were no written agreements because the meeting was informal and because there was not even a concrete proposal on the table to discuss, but yesterday's Prague summit marks the beginning of a change in trend in the European Union's response to the energy crisis.

"Things are beginning to move," said several European leaders at the end of the meeting, which gave the president of the European Commission, Ursula von der Leyen, two weeks to present legislative proposals that would allow the price of gas to be intervened in the market to lower the bill paid by small and large consumers for this fuel and, furthermore, limit its impact on setting the price of electricity.

The ideological reluctance towards the idea of ​​intervening in the markets is beginning to give way as the energy crisis is beginning to be felt in all sectors of the economy and is driving inflation to levels never seen before in the euro zone. The countries that until now had been vehemently opposed to the initiative, led by Germany and the Nordics, this time limited themselves to asking to act "with caution", explained European diplomatic sources.

“There are words that are ideologically sensitive, but there is a will to come to a common approach. It is not possible that there are 27 different national initiatives, there must be European coordination, we must show that we can make decisions together”, defended the President of the European Council, Charles Michel.

On the eve of the Prague meetings, von der Leyen presented European leaders with a roadmap in which he embraced for the first time the idea of ​​capping the price of gas. The leaders of Spain, France, Italy and Poland, among others, who have been demanding measures in this regard for almost a year, welcomed the Commission's change of heart, but some, each in their own way, went further and let the its president his dissatisfaction with his delay in acting.

Behind closed doors, the Polish Prime Minister, Mateusz Morawiecki, said things very similar to those he says publicly in his country, such as asking whether the European Commission "works for Germany or for Europe," diplomatic sources say. Nor did the Italian Prime Minister, Mario Draghi, refrain from expressing his dissatisfaction with the way in which the Commission has proceeded with an intervention that some sources describe as "polite but harsh", well argued, and others, who share his points of view , simply as "forceful".

His proposals, Draghi told von der Leyen, are fine, but they are "seven months late" and now the European Union is on the brink of a recession. The Italian leader, whose speeches in the European Council enjoy a singular ascendancy due to the prestige accumulated during the years he directed the European Central Bank, also called for moving towards a "common financing system" that allows all countries to make investments in the energy transition on an equal footing, a dart aimed at Berlin and its multi-million dollar plan to support the industry. In public, Draghi limited himself to saying that before the formal summit on October 19 and 20, the European Commission must present "clear proposals", no more "words" or "vague" ideas.

Von der Leyen's action plan to overcome the resistance of Germany and other countries to the idea of ​​intervening in the markets foresees negotiating an acceptable price range with friendly suppliers such as Norway, unilaterally capping the gas that comes from Russia and scaling up European Union the Iberian mechanism so that the cost of this fuel does not condition the price of electricity, in addition to creating a joint purchasing platform that will be operational in spring, when the Twenty-seven launch again to replenish their reserves.

"Spain and a large majority of countries are already waiting for us to adopt ambitious decisions" at the next European Council, said the President of the Spanish Government, Pedro Sánchez, satisfied that after months "preaching in the desert" there is now "a vast majority of countries who are for the task of examining the proposals” of Von der Leyen. “There is no boredom”, but there is “impatience” to adopt measures, said the Belgian Prime Minister, Alexander de Croo, in the same sense, who affirms that more than 20 countries support the idea, although it remains to be seen how it materializes. The Czech presidency reiterated that it will convene as many meetings of energy ministers as are necessary to take action as soon as possible. Although an agreement on the strategy is taking shape, the modalities to carry it out have yet to be negotiated.