Years of low birth rates, population loss and aging will force the European Union and the United Kingdom to lower the barriers against immigration. 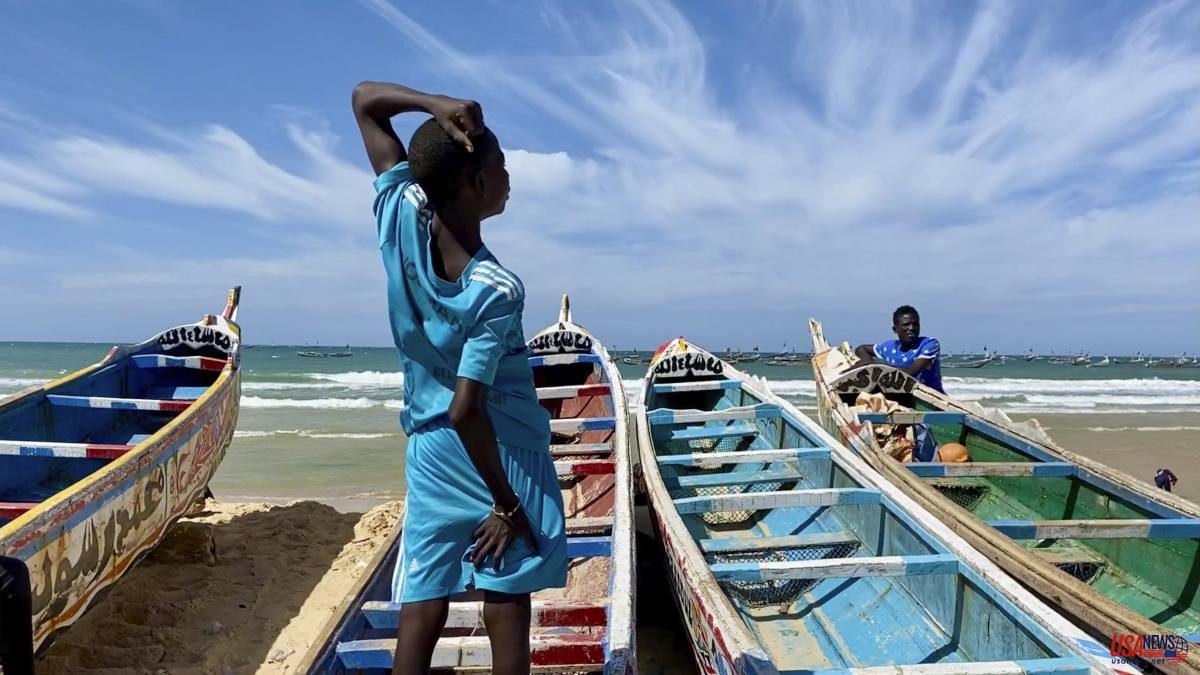 Years of low birth rates, population loss and aging will force the European Union and the United Kingdom to lower the barriers against immigration. Various demographic studies, signed by the United Nations, the Wittgenstein Center and the Center for Global Development, leading institutions in anticipating the evolution of humanity, affirm that the EU will need tens of millions of workers in the coming decades to survive, and not It will have them if it does not stop being a fortress against immigration.

“It will not be enough to extend the retirement age, incorporate more women into the labor market or increase the birth rate. Nor will it be enough to further robotize the productive economy or continue to relocate jobs as before, ”says Charles Kenny, an expert in human and technological development at the Center for Social Development in Washington DC. "None of this will save Europe from an aging population," he adds. Only immigration can correct this imbalance, and immigration of African origin will be the one that will most naturally be able to provide the necessary workforce to maintain growth”.

“An increasingly older population is a drag on economic growth and the welfare state,” explains Juan Ramón Jiménez, an expert in migration at CIDOB and a doctor in Political and Social Sciences from UPF. “20% of Spaniards and Europeans are over 65 years old, an age group that will represent 30% in 2070. Now there are three workers for every retiree, but when the baby boomers stop working, this proportion cannot be maintained. We are going to lose population that is of working age, that is, between 15 and 64 years old”.

Japan marks Europe's path towards this demographic abyss. When its population was younger, in the 1980s, growth was close to 4%, today that 25% of Japanese are over 60 years old, the GDP is barely 0.4% higher. Adding more women to the workforce - 10% more since 2000 - and raising the retirement age from 63 to 65 has only mitigated the problem. The birth rate remains at 1.3, one of the lowest in the world.

Europe, with a fertility of 1.55 children per woman, follows in the footsteps of Japan. Policies to promote the birth rate, moreover, have not produced results. “Neither day care, nor maternity leave, nor baby vouchers have been successful,” says Kenny.

The economic situation and the social reality weigh much more. Italy has just approved an aid of 250 euros per month per child. The Community of Madrid proposes a similar measure for mothers under 30 years of age, with low incomes and ten years of registration. Without so many restrictions, neither the Zapatero government's baby check (2007-2010) nor the one given by Extremadura in 2014 increased the birth rate.

If increasing the birth rate is difficult, increasing immigration, contrary to what it may seem, is not easy either. Japan has been trying unsuccessfully for years. Despite facilitating the hiring of foreign workers, it does not obtain them. Fewer than 47,000 answered a call in 2019 intended to target 300,000.

Language and culture can be an obstacle to going to work in Japan, but the truth is that there is not as much qualified migration available and competition between countries is increasing. A country with low growth and a closed culture, as is the case in Japan today, and may soon be in Europe, is not very attractive to an immigrant.

Germany is struggling to find immigrants to drive its trains and trams. Ireland lacks a skilled workforce in construction. The United Kingdom has stopped harvesting crops due to lack of seasonal workers. The same has happened in Italy.

The economist Michael Clemens, of the Global Center for Development, affirms that from a per capita income of 10,000 dollars, emigration stops. In the country that comes out of extreme poverty, there are more job opportunities. By 2050, 70% of the world's population will live in countries with incomes of at least $10,000 per capita. “In that year – he explains – the demand for immigrants will exceed supply by some 31.5 million people”.

Europe, the United States, Canada, Japan, South Korea and the Gulf monarchies will compete for these migrants.

“Africa has to save Europe from the demographic crisis,” insists Kenny, and Jiménez agrees. “African economies – he explains – will continue to grow but not fast enough to employ millions and millions of young people. We must also take into account that the climate crisis will push many Africans to seek opportunities outside the continent”.

Africa is the youngest continent. 60% of its inhabitants are under 25 years old. However, only 19% of these young people have a job. They emigrate for economic reasons, but not only. "This is another idea that distorts reality," says Krikou Diana, an expert on migration at the University of Strasbourg. “In many cases, people emigrate for social advancement,” she explains. It is not true that only the poor emigrate, those who have money also do so. We have seen it in the Ivory Coast. Despite the sustained growth of the last three decades, the arrival of Ivorians to the coasts of North Africa has skyrocketed.

Another topic that is dismantled little by little is that of the poor training of African migrants. The economist Andreas Backhaus has shown that in Kenya and Ghana, for example, there are hundreds of thousands of young people who could easily find work in the European Union.

Relating the training program of the OECD (PIAAC) with that of the World Bank for developing countries, Backhaus concludes that 626,000 Kenyan students and 562,000 Ghanaians would have, today, a 90% chance of finding a job. in Germany, the UK or France. All of them achieve a PIACC score of 250 points, a mark that guarantees 90% employment to Europeans themselves.

Europe's aging population needs immigrants to maintain its standard of living. During the pandemic, many have been missing in sectors as disparate as transportation, agriculture, hotels, cleaning, and elderly care.

Charles Kenny believes that Africans can work in these areas and many others if, as Backhaus shows, their education continues to improve. For many of them, furthermore, English and French are their first or second languages.

Stephen Smith, professor of African studies at Duke University, predicts that in the next 30 years there may be between 150 and 200 million new Euro-Africans. Today there are only nine million, of whom approximately half are sub-Saharan. Smith believes that Africa will be to Europe what Mexico has been to the United States, a constant supplier of labor. This flow will be fueled by the huge demographic imbalance between Europe and Africa. In 2050, for every European there will be five Africans. Moreover, for every European in his fifties there will be three African minors.

Millions of Africans, therefore, are going to come to Europe's rescue over the next three decades. Although it seems impossible now, the experts have no doubt. The rise of populist and nationalist parties in all European countries is the defensive reaction of societies that do not want to see the world to come. The European Parliament has warned in repeated studies that the older and more isolated a community is – as occurs in the demographic deserts that grow in rural areas – the more radicalized it becomes.

The idea, for example, that immigrants take jobs away from natives is another falsehood exploited by anti-immigration parties. "It's been empirically shown that it's the other way around," emphasizes Kenny. “Immigrants create more employment, they don't take it away from anyone. Upon joining their new countries, they consume goods and services, and pay taxes. They make the economy grow.”

"What's more - adds Juan Ramón Jiménez -, many immigrants, especially Asians, especially Chinese and Pakistanis, but also many Latin Americans, create their businesses, employing immigrants from their own countries. They generate a lot of employment.”

Kenny believes that the EU is not doing enough to attract immigrants. “It should accept more students from third countries and give them scholarships, it should also accept more asylum seekers to build the networks that will then allow more immigrants to arrive. It is necessary to create training programs in the countries of origin and hire young emigrants there so that they can start working as soon as they arrive in Europe”.

Jiménez adds that "immigrants' access to citizenship should also be facilitated and they should be given more flexible work permits so that if they lose their job they have time to look for another one without losing their residence."

The EU is today very far from these public policies. It lacks a common migration policy and there is also no European employment network. Europe is a fortress against immigration and it seems that the leaders want to keep it that way. Admitting an immigrant is not only a moral duty – as seen in the 2015 Syrian refugee crisis – but also an economic duty. There is a utility in immigration that many politicians do not see.

Jiménez considers that, despite this complicated present, “Europe, as an anti-immigration fortress, has its days numbered. Not accepting millions of immigrants will be demographic suicide and it does not seem logical that European societies want to commit suicide in 2050”.