Europe defends itself against Putin

Historian Margaret MacMillan writes in her splendid book 1914, From Peace to War that it is comfortable to shrug and say that the Great War was inevitable; This is a dangerous conclusion, especially considering that our world resembles in some respects, but not in all, that of the years before 1914, that is, the world that was swept away by war. 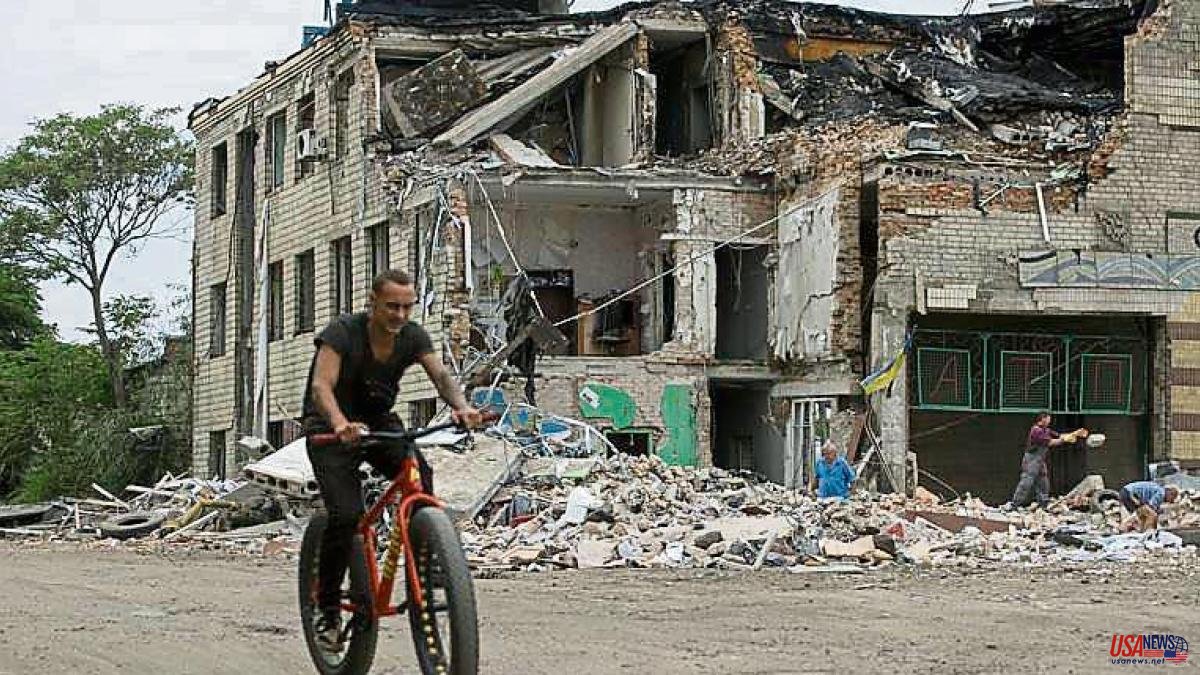 Historian Margaret MacMillan writes in her splendid book 1914, From Peace to War that it is comfortable to shrug and say that the Great War was inevitable; This is a dangerous conclusion, especially considering that our world resembles in some respects, but not in all, that of the years before 1914, that is, the world that was swept away by war.

This was the war, the general staffs and the politicians thought, that would end all wars once the Germans crossed the border to Paris via Belgium and laid waste to Leuven. The arrival of war surprised most Europeans and their initial reaction was one of disbelief and shock.

Europe thought that peace was perpetual, progress was palpable, the railways united peoples and nations, those from the north and those from the south prepared to enjoy vacations and the empires did not calculate that they would disappear in four years. How quickly and how suddenly, MacMillan reflects, it turned from peace to war in those five weeks that followed the Archduke's assassination in Sarajevo on June 28, 1914.

Another summer of war, that of 2022, with thousands of deaths in the Ukrainian regions of Luhansk and Donetsk and in a country that knew the horrors of Nazism and Stalinism, as starkly described by Vasili Grossman, Ukrainian and Soviet, witness to the Stalingrad resistance and the first journalist who entered Treblinka to verify the evil perpetrated in the extermination camps.

Wars are often started by surprise and with the certainty that victory will be swift and swift. Vladimir Putin assured Emmanuel Macron a few days earlier that there would be no invasion of Ukraine. He had also told Chancellor Olaf Scholz. The Russian president had long conversations with Western leaders who went to the Kremlin, sat at that strange long table and hid from them that what he had done in Crimea in 2014 was now going to be repeated in the Ukrainian Donbass. It seems that the domination over the two regions has been completed and now he has ordered the offensive on other parts of Ukraine.

We are in war. It is Putin who has started killing Ukrainians, who are defending themselves with a patriotism and resistance unforeseen by the Kremlin and European leaders. There will be no ceasefire until Zelensky and Putin agree to negotiate. It is the classic war of attrition.

The chances of the conflict spreading over Europe are high. The NATO summit in Madrid declared Putin an enemy and sent a message to Beijing that China is considered "a systemic rival of NATO and that if it does not correct this behavior it will have to face the joint action of allies and its partners”.

We Europeans are not fully aware that Putin's war of conquest is an existential threat against our way of life and against the soft but at the same time hard power of the European Union. It is a battle over freedoms and between democracies and the autocracy of a politician who wants to annex lands that were once tsarist or Soviet. It is the Ukrainians who do not want to depend on the Kremlin.

A widely spread story on the left to the left of the PSOE is that defense spending should not be increased because the needs of the citizens take precedence over those of the war. And, furthermore, with this Atlanticist policy we have become the terminals of Washington's military power. Both things are true, but no less inevitable.

The attitude and commitment of Joe Biden is preferable to the disinhibition of Donald Trump, who had sentenced the disappearance of the Atlantic Alliance. It is good to remember that Woodrow Wilson entered the Great War in 1916, two years after it began, and that Franklin D. Roosevelt did so in 1942, when Hitler had occupied half of Europe and bombed London. In the first, one hundred and fourteen thousand American soldiers lost their lives and you only have to visit the cemeteries of Normandy to see how many fell in the second. If it is a Putin war against Europe and against the democracies, it is necessary to maintain unity and strengthen Atlantic ties. It will be hard, but it would be worse to surrender to Putin's annexationist whim.