The alarm about the path that gas and electricity prices have taken in Europe has sounded at different times throughout the continent. 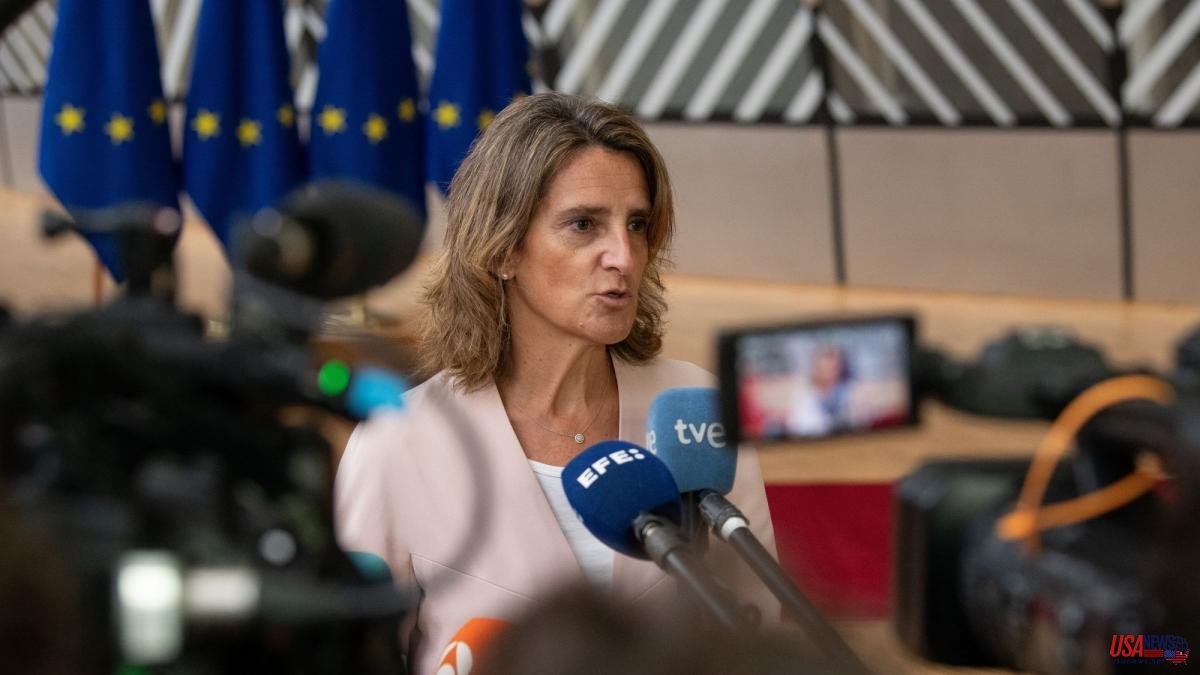 The alarm about the path that gas and electricity prices have taken in Europe has sounded at different times throughout the continent. What Spain and other countries on the periphery felt a year ago, for buying more energy on the daily markets, they have now felt in the rest of the Union, aggravated by the war in Ukraine, when the operators have renewed their contracts to medium and long term. Yesterday, however, the Twenty-seven were united in their diagnosis of the urgency of the situation and, with nuances, in the solutions to relieve consumers and the industry.

“We have to move quickly”, stressed the Czech Presidency of the Council at the end of the extraordinary conclave of European Ministers of Energy, which instructed the European Commission to present concrete legislative proposals as soon as possible to carry out different intervention measures in the markets. . The ideas that are handled were absolutely unthinkable a year ago. "The war has forced us to seek a paradigm shift on many fronts," said the vice president for the Energy Transition, Teresa Ribera, who spoke of a "lost year" but welcomed the fact that the EU has opened up to "different ways" of doing political and regular.

Of all the emergency measures suggested this week by the Commission, the one that generated the most consensus among the ministers was that of limiting the extraordinary profits (fallen from heaven, they are called in the Anglophone community jargon) that the companies that generate electricity from renewable and nuclear, among others, are obtaining because their expenses are much lower than the price of electricity set by the market, determined by gas.

The idea is that the income that is withdrawn from the electricity companies is used to help consumers, although as Spain knows from experience, which in October 2021 adopted a similar measure to reduce the price of gas, in practice these incomes are not they produce at the expected level because the market adjusts, but the intervention still does its job. The ministers also supported the Commission's suggestion to ask the entire energy sector to make an effort and establish a "solidarity contribution" (Brussels insists that, despite appearances, it is not a tax) so that oil and gas companies shoulder.

Different countries have different market structures, in addition to their own energy mix, thus giving way to the idea that several simultaneous solutions will have to be adopted to respond to the needs of each one. Although Brussels is not a big fan of the Iberian mechanism that has made it possible to place the price of electricity in Spain and Portugal well below the European average (“it is not understood how it works”, say resigned Spanish diplomatic sources), the initiative was yesterday above The table of ministers and the Czech presidency have asked the Commission to present a proposal also along these lines to intervene in the retail market.

"There has been a very wide recognition that the Iberian mechanism is working well and several member states have said that they are considering applying it in their market," said Ribera. France and Romania, among other countries in which, like Spain, gas is not the main source of electricity generation, are the countries most interested in adopting it.

The Spanish Government supports the third line of action that the European Energy Ministers agreed yesterday, the implementation of a coordinated electricity saving plan, but called on Brussels to give countries "flexibility" on how to achieve the objectives and take into account the efforts already made (in its first month of application, the electricity saving plan has allowed consumption to be reduced by 3.6% compared to the previous year). Although the Commission wants these savings percentages, yet to be defined, to be binding, the Council is betting that they will only become mandatory in an emergency.

Things are less clear on the idea of ​​capping the price of Russian gas on the wholesale market. Although in the preparatory meetings only five countries, according to European diplomatic sources, saw it as useful, yesterday it aroused much more consensus, especially if the idea is extended to all gas suppliers. The ministers asked the Commission yesterday to evaluate the consequences of extending the measure to all types of gas, including that which arrives by ship, and to present its conclusions.

The Commissioner for Energy, Kadri Simson, was very reluctant to this idea due to the risk of suppliers turning their backs on the EU and putting security of supply at risk. “We have given very clear instructions to the Commission”, the Czech Minister of Industry, Jozef Sikela, representative of the Presidency of the Council, told La Vanguardia regarding the evident divergences between institutions.

The other point on which there was a clear agreement among the Twenty-seven was to ask Brussels to propose establishing state guarantees for futures market operators in order to inject liquidity into the energy financial markets. From Prague, Christine Lagarde, president of the European Central Bank, clarified that the institution can provide liquidity "to banks, not to public energy service companies." The process should now proceed at lightning speed by community standards. The European Commission will present its legislative proposals on Tuesday and another extraordinary council of ministers will be convened before the end of the month to adopt them.

"When Vladimir Putin started the energy war against Europe, he hoped to harm our democratic societies and our economy, but he will not succeed," Sikela said at a press conference. "What a year ago was a tremendously complicated debate, today is a premise understood by all: the market does not work," stressed Vice President Ribera.