The vice president of the European Commission Věra Jourová has addressed a letter to the president of the General Council of the Judiciary (CGPJ), Carlos Lesmes, in which she conveys her "coincidence" with what he expressed in the opening speech of the judicial year on last Wednesday: the "urgency and absolute priority" of renewing the CGPJ, in office for almost four years, and then addressing the reform of the model for appointing members from the judicial shift, "which the Commission considers necessary. 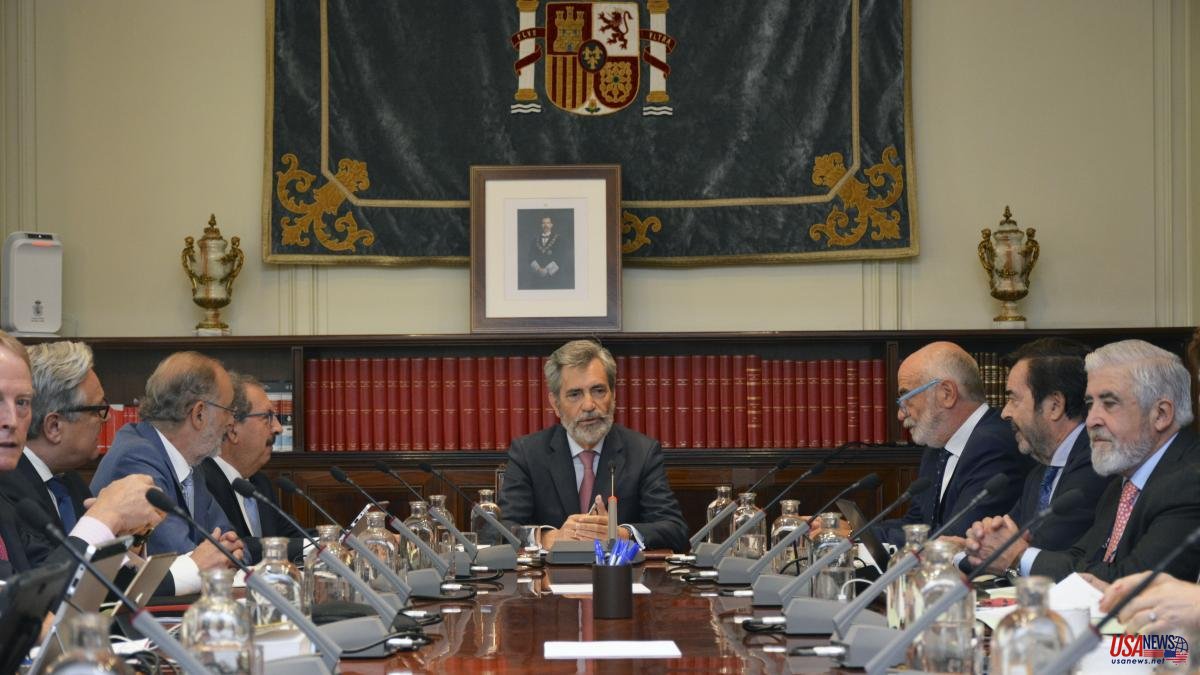 The vice president of the European Commission Věra Jourová has addressed a letter to the president of the General Council of the Judiciary (CGPJ), Carlos Lesmes, in which she conveys her "coincidence" with what he expressed in the opening speech of the judicial year on last Wednesday: the "urgency and absolute priority" of renewing the CGPJ, in office for almost four years, and then addressing the reform of the model for appointing members from the judicial shift, "which the Commission considers necessary."

In the letter, Jourová refers to the "desperate situation" in which the Spanish Judiciary finds itself after almost four years of institutional anomaly and affirms that the proper functioning of State institutions "should not be part of the political debate and let alone be a hostage to that debate.”

"A prolonged blockade that affects the proper functioning of essential state institutions, such as the Judiciary, is detrimental to the rule of law in that State and, therefore, to the State as a whole. The proper functioning of State institutions, which is the sole interest of the Commission, must not be part of the political debate, let alone be held hostage to that debate. All actors, when playing a constitutional role, must do so in a spirit of mutual loyalty and sincere cooperation, taking into account only the superior interest of the democratic State and of the citizens," he warns in the letter.

To this scenario of blockade is added the other generated within the body of the judges. The Council has no signs of arriving tomorrow with the election of two magistrates of the Constitutional Court, as established by the last reform, which gave it a period of three months, which ends tomorrow, to appoint two candidates for the guarantee body .

The discreet step that has been taken today is to designate three conservative members and three other progressives as interlocutors so that they approach positions in a "calm" way about who could be the elected magistrates. Just a few days ago, the president of the body of judges, Carlos Lesmes, warned that he was not going to consent to a "rebellion" within the Council and that his desire was to meet the date set in the reform promoted by the PSOE last month. of July.

However, the iron stance of eight conservative members, opposed to presenting a magistrate in a timely manner, has gained ground. In addition, sources from the body explain that Lesmes is not in the mood to convene a new plenary session if there is no prior agreement.

Some members of the so-called conservative sector have seen as an affront to the Government the imposition of a term to appoint two magistrates of the Constitutional Court when in turn the Executive has been unable -as they see it- to reach an agreement with the PP to renew the CGPJ itself, in office for almost four years.

The escalation of tension in the body of the judges is increasing and without real options for an early solution, as some sources from the body itself see it. The progressives want to speed up the process and in fact already asked Lesmes informally last week to convene a new extraordinary plenary session before the 13th, a request that for now has not been met and sources from the body believe that there is little room for maneuver to let this happen.

Last Thursday a plenary session was held that had already been convened since July, after learning of the approval of the latest reform of the Organic Law of the Judiciary, which returned to the Council the powers to appoint the magistrates of the TC but with a deadline.

Lesmes hoped that during all this time there would have been agreements to reach the plenary session with a conservative candidate and a consensus progressive candidate and thus comply with the law.

However, a part of the Council is not willing to face what it considers an "outrage" by the Executive. In his view, Pedro Sánchez's team is only interested in renewing the four magistrates who have already expired from the TC to achieve a progressive majority in the court that defends the Magna Carta.

Lesmes himself was critical of the reform because it only allows the CGPJ to appoint the magistrates of the TC and continues to maintain the prohibition while he is in office for him to make appointments in the Supreme Court, superior courts of justice and presidencies of provincial hearings, which which is causing a breakdown in justice.

The situation worsened when Lesmes himself said informally that if the blockade situation continued and PSOE and PP did not reach an agreement within weeks, he would resign. The political leaders mentioned, Sánchez and Alberto Núñez Feijóo, have not been taken for granted and for now there have been no real approaches to renew the body of judges.

The threat of resignation by Lesmes is going to make it even more difficult for there to be an agreement within the CGPJ to appoint the two magistrates of the TC, given the risk that the Government achieves its intentions while the body is further weakened with the departure of its president.