Europa is characterized by being a club with a social commitment. 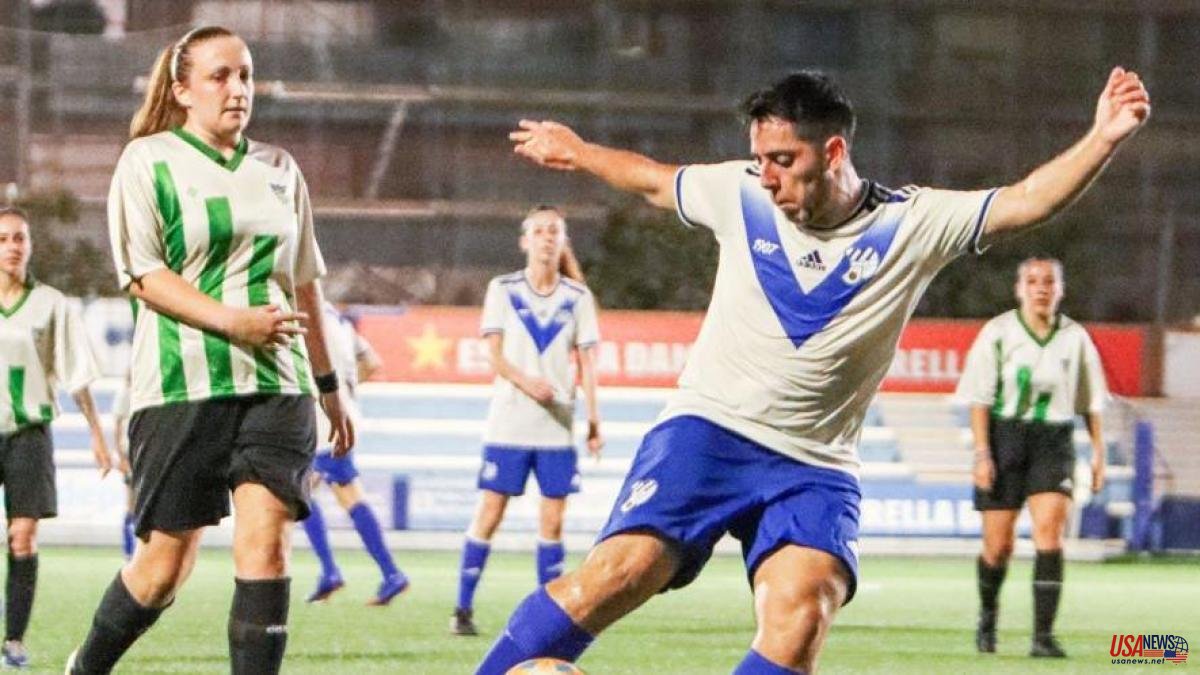 Europa is characterized by being a club with a social commitment. Last year the Barcelona historical entity made headlines for launching the 'Diem NO' campaign, in which it declared itself anti-sexist, anti-racist, anti-fascist, anti-homophobic and anti-bullying. This week he has claimed the motto again after the stir that an image published during a game last weekend generated on the networks.

In it, striker Àlex Alcaide, a transeuxal boy who plays with the Europa women's subsidiary, appeared hitting the ball. Only forty-five minutes had been played and the result against Pujadas was favorable by 10-0. The match ended 24-0, with two goals from Àlex, who drew much criticism for his trans status, from direct attacks and taunts to comments that questioned the presence of the footballer in the team. So much so that the club believed it necessary to act.

"WE SAY NO. The whole of Europe with Álex. We will not tolerate attacks based on gender. We applied the protocol and also proceeded to block and report users on Twitter. The rest of the users can also help us. Not a step back!", posted Monday with an image from his 2021 campaign.

On Monday's TV3 program Planta Baixa, Àlex confessed that he was surprised by the avalanche of comments and said that he had not found himself in such a situation since he began the transition to being a man more than three years ago. The striker changed his name on his DNI, but not yet the gender. Therefore, he can continue playing in women's soccer teams.

Àlex indicated that his intention is to modify it in the Civil Registry, but pointed out that proving the change of gender is "a long process." "I changed my name two years ago and there is a lot of paperwork and paperwork. In the long run I want my DNI to correspond to me. People now recognize me as I am and it is a process that I am not in a hurry right now."

Àlex, who is playing his first season in Europe, admitted that to play with men that change is necessary and that he would lose out sportingly. "Physically I'm halfway there. If I make the change I'd play with boys, but physically I wouldn't be at their level because the change at my age (he started at 21) is much more difficult."

The young attacker does not consider that his hormonal process significantly influences his performance. "I've always had a big body and muscles. Now it's developed a bit more and I've gained more strength, but on the field I play against girls who compete with me and beat me."

"Sport is inclusive. In my time as a coach I have had to play against teams that had girls who felt like boys and vice versa. I have never complained. More empathy and we will all be much better off. The funny thing is that those who complain they are not interested in women's sport," says the coach of the women's first team, Joan Bacardit, on Twitter.

Alcaide's case reopens the debate on how trans people should fit into the world of sports. There are very polarized opinions, some of which turn into attacks. Last year, precisely a former soccer player from Europe, Valentina Berr, the first transsexual soccer player in Catalonia, decided to end her career the previous season due to the harassment she suffered during her four years as a federation. "I don't hang up my boots, they hang them up for me," she assured.