An off-road artist, Ethan Hawke hasn't been satisfied with just acting for a long time. 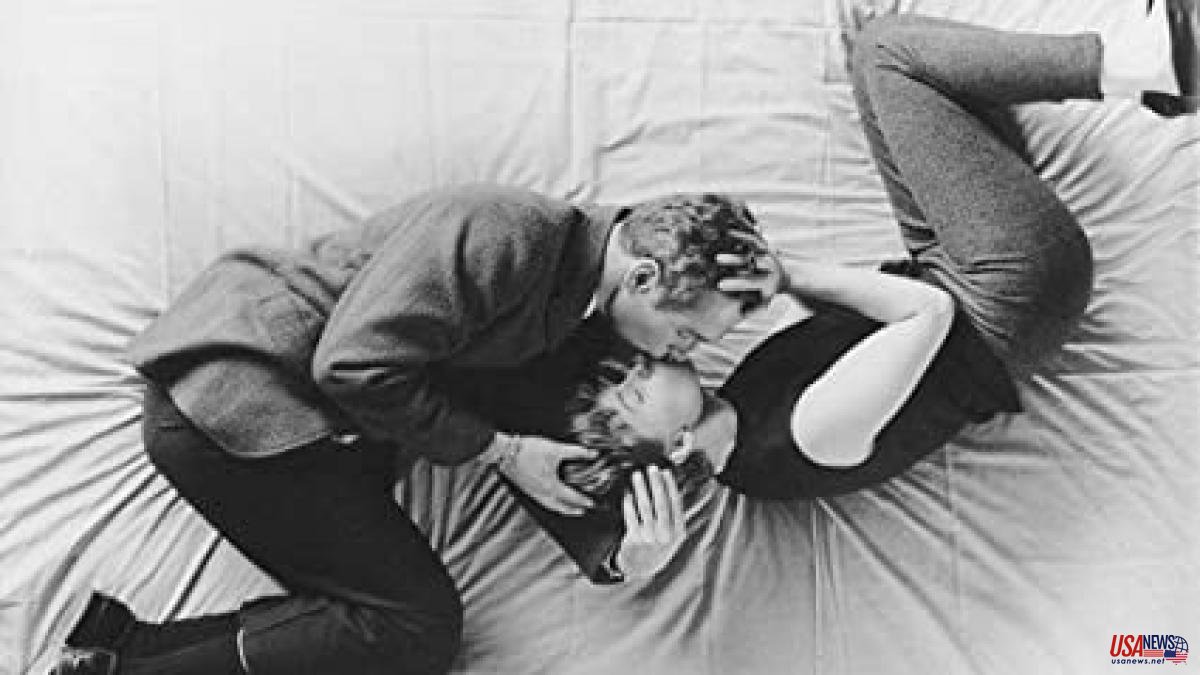 An off-road artist, Ethan Hawke hasn't been satisfied with just acting for a long time. In addition to writing books, he succeeds in his role as a villain in Disney's Moon Knight series, and today he was back at the Cannes festival to present in the Cannes Classics section two chapters of the six that make up the docuseries he has directed about the famous couple Paul Newman and Joanne Woodward.

The last movie stars is not only a tribute to the love that these last movie stars professed for half a century. Through the different episodes - this Saturday the third and fourth have been seen - an x-ray of the life, work and philanthropy of the attractive blue-eyed interpreter and his relationship with Woodward, whom he married after divorcing of his first wife and mother of three children, Jackie Witte.

Hawke and the team of this miniseries that will be seen on CNN and HBO Max, which has the support of Martin Scorsese in executive production, received a warm ovation during the presentation of the series in the Agnès Varda room. "Newman and Woodward's 50-year love is also a reflection of 50 years of great cinema. They had a huge career. They loved each other, cared for each other and had fun and were awarded here for best actor and actress. This festival took up a gigantic part of his artistic life and being here means a lot to us", said the protagonist of titles such as Gattaca or El reverendo.

Hawke, who got behind this project at the request of Clea Newman, the couple's youngest daughter, discovered the films of the protagonist of Two Men and a Destiny or The Blow at the age of 10 and has been fascinated by his figure ever since. and that of Woodward, who is 92 years old today. “Exploring Woodward and Newman through their love story has turned out to be more rewarding than I could have imagined. Their work, philanthropy and lives serve as a kind of pole star, illuminating what a substantive and meaningful life can look like."

To put together the series, Hawke draws on multiple interviews that were conducted as part of a long-forgotten project Newman worked on with screenwriter Stewart Stern. Statements by Martin Ritt "he was a generous actor who gave everything", Robert Redford "if you had him as a friend you were safe. No matter what you did, he was always by your side", George Roy Hill or Gore Vidal liven up other conversations in the Hawke himself during the pandemic made by zoom to actors like Laura Linney, Sam Rockwell, Sally Field or Billy Cudrup. All this combined with family archive images of the legendary performers, scenes from their films, interviews with their daughters and themselves made in the past on television programs.

It stands out to hear Newman talk about his bad relationship with his mother, who did not take it well when he left the family business to dedicate himself to a profession that he called "pornographic", and the space given to the actor's alcoholism, which he could take with more or less balance thanks to the support of his wife, the first actress to have a star on the Hollywood Walk of Fame. "We drove each other crazy. There was a kind of balance to that," he said.

Their work as public activists also has a leading role in the film. Newman, a Democrat and anti-Vietnam war Democrat, was proud to have been listed at number 19 on former President Richard Nixon's list of enemies.

And on a professional level they worked together in eleven films. Proud of his wife's talent, Newman made the leap to directing with her as the lead in Rachel, Rachel, for which she was nominated for an Oscar for best actress and won a Golden Globe. The Cannes Film Festival paid tribute to them in 2013 by choosing as that year's poster an overhead image of both kissing during the filming of Samantha.