Esquerra now says that the delegate vote of Lluís Puig, knocked down by the TC, cannot be counted

The Parliament closed the session period on Friday without the minutes that include the delegated vote of Lluís Puig, deputy of Junts, being signed by the political leaders to whom this procedure corresponds, as revealed on Monday by the Agència Catalana de Notícies. 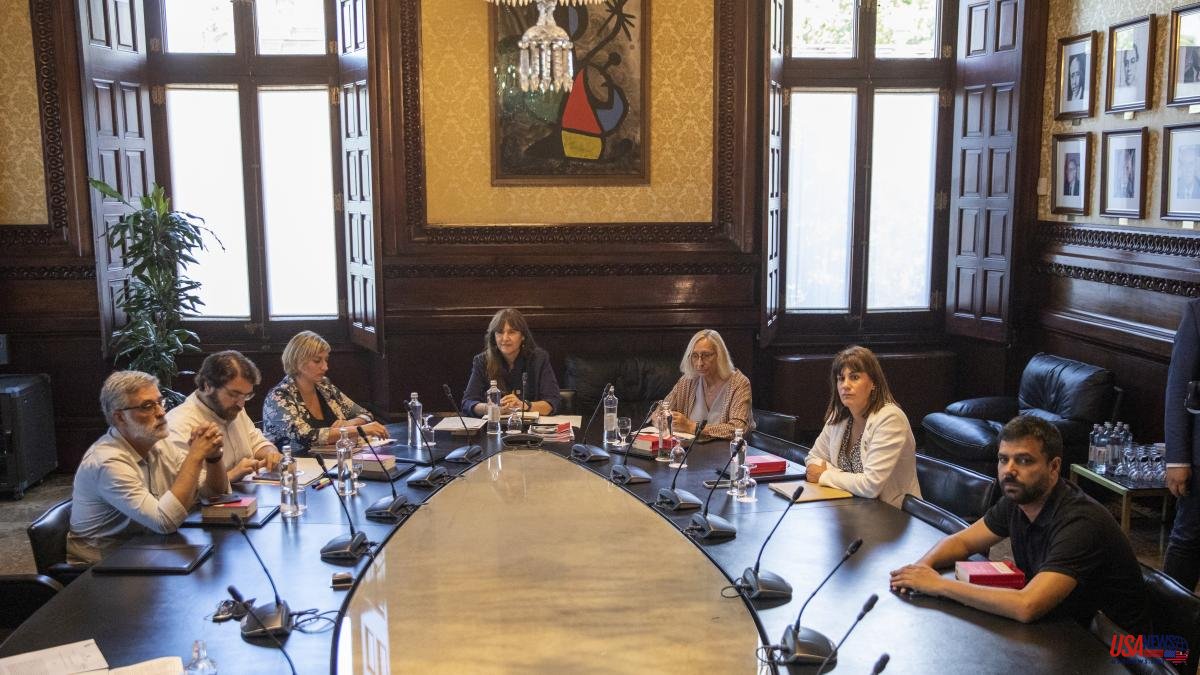 The Parliament closed the session period on Friday without the minutes that include the delegated vote of Lluís Puig, deputy of Junts, being signed by the political leaders to whom this procedure corresponds, as revealed on Monday by the Agència Catalana de Notícies. In turn it is Ruben Wagensberg's turn and from Esquerra they point out that they will be signed after the holidays. However, the Republicans add that the vote of the former Minister of Culture cannot be counted and that it is a situation analogous to that of the former CUP deputy Pau Juvillà, who could not keep the seat.

The Constitutional Court (TC) knocked down Puig's voting delegation because his situation, residing in Belgium, is not part of the options provided for in the Chamber's regulations. Even so, the pro-independence members of the Table agreed that they assume the functions of some workers to try to make their vote effective, a fact that means ignoring the high court.

Since the institution received the judgment of the TC, two plenary sessions have been held and Puig's vote was counted out loud and did not appear in the electronic systems to preserve the officials.

Now the Republicans point out that the minutes will be signed and it will appear that it was told orally, but that does not guarantee that it will be effective. To do this, ERC proposes a reform of the Chamber's regulations.

Laura Borràs has been in Parliament today to sign some procedures that had been pending after her suspension, according to what she herself said, and assured that the minutes that include Puig's vote are not signed because the secretary – Wagensberg – had them blocked. Later, the Republican deputy replied that everything would be signed when he returned from vacation, and replied that it is necessary to reform the rules that govern the institution so that the former minister can vote. In addition, ERC sources point out that there are minutes pending signing since May.

This matter may cause a new rift between the two Government partners, since Borràs has already replied to Wagensberg that Puig's vote does count.

The agreement of the independence movement to count the vote of the former minister, at the expense of what the courts decide later since there are appeals pending resolution, was sealed after a tug-of-war between the different parties. The legal services of the Chamber had warned that if the functions of the workers are assumed and the vote is counted, they can incur a crime of disobedience and another of usurpation of functions, which carries prison sentences. That aspect caused some doubts, but in the end the agreed mechanism was approved.

Outside the plenary sessions, Puig voted last week in the Institutional Affairs Committee electronically after the institution's governing body endorsed his participation in the committees in this way. Junts and the CUP were in favor, ERC abstained and the PSC voted against in the Table. Previously, a report had been requested from the lawyers, in which the remote participation of the former minister was discouraged and he advocated changing the regulation so that he joins the committee meetings telematically, something that had been enabled during the pandemic. exceptionally and is not regulated.

Vox has already submitted a request for reconsideration to the Table, where the matter must be addressed again... and now the majorities are different without Borràs, who was suspended as deputy and president on Thursday.