Esquerra and Junts are divided again for the fourth belt

The two partners of the Government of the Generalitat, Esquerra Republicana and Junts per Catalunya, have again exhibited their discrepancies regarding the infrastructure of the fourth ring road (B-40) in the debate on a PSC motion in the Catalan Chamber. 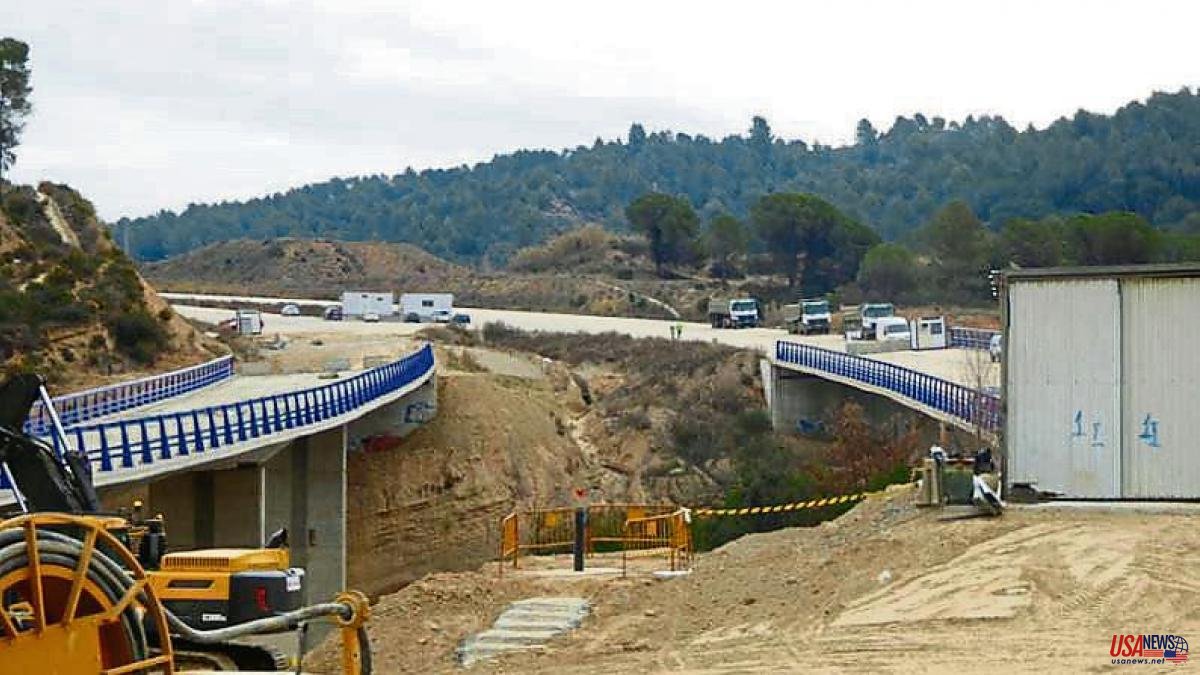 The two partners of the Government of the Generalitat, Esquerra Republicana and Junts per Catalunya, have again exhibited their discrepancies regarding the infrastructure of the fourth ring road (B-40) in the debate on a PSC motion in the Catalan Chamber. The text of the socialists, which consists of two points, includes one negotiated with Junts in which the Parliament urges the Catalan Executive to "agree with the Government of Spain on the mechanisms that allow the drafting of the Ronda Nord project for urban systems of Terrassa and Sabadell, proposed in the 'Specific Mobility Plan for the Valleys' and execution of the works by the Government of the Generalitat, and the agreement that guarantees the financing of this infrastructure by the Government of Spain".

It is in this aspect that the Republicans have positioned themselves against, since they do not want to connect the fourth ring road, which today ends in Terrassa, with the other co-capital of Valles, with Sabadell, and advocate another type of transport and mobility, as was made clear in a Republican resolution proposal published a few weeks ago that asks the central Executive to definitively bury the fourth ring road project and instead opt for alternatives to connect the second ring of municipalities with public transport, with trains and trams that "break with the radiality and dependency of Barcelona". ERC sources crossed out the first point of today's motion as one more example of "sociovergence".

In the second point of the motion, which has been agreed upon with Esquerra, in addition to Junts, it is committed to "agreeing with the Government of Spain on the pertinent informative studies for the connection of the railway lines R4, R8 and also with FGC, which allow mobility by train between the Valles Occidental and Vallès Oriental counties, as proposed in the 'Specific Mobility Plan for Vallès'.

In the Sabadell City Council Junts and Esquerra have also exhibited their discrepancies yesterday in a vote proposed by the Socialists, who govern the city. The municipal group of JxCat voted in favor of the infrastructure together with the PSC and Ciudadanos, while the municipal group of the CUP and the Republicans were against it. The differentiated positions have been evident in the Catalan municipal arena in recent weeks, since the Minister of Transport, Mobility and Urban Agenda, the socialist Raquel Sánchez, announced that they would resume the project, whose environmental certificate has expired and the final layout is still to be to decide.

The two partners had proposed to the PSC the addition of new points to the motion that included that "the Abrera-Terrassa section be completed, connect the B40 with the C-16 and eliminate the reservation of the rest of the B-40 project" and another that includes "agreeing with the State the transfer of the projected resources for the total execution of the B-40 so that the Generalitat executes mobility improvements" in Vallès Occidental and Vallès Oriental. But these two points have been rejected by the PSC.

The Republicans have also tried to include amendments that have not been accepted, asking to "prioritize criteria of sustainability and minimal environmental impact" and "improve the Sabadell Terrassa connection based on existing infrastructure, deconstructing the B-40" .