Behind a discreet door in the old town of Esplugues de Llobregat is the Espai Corberó. 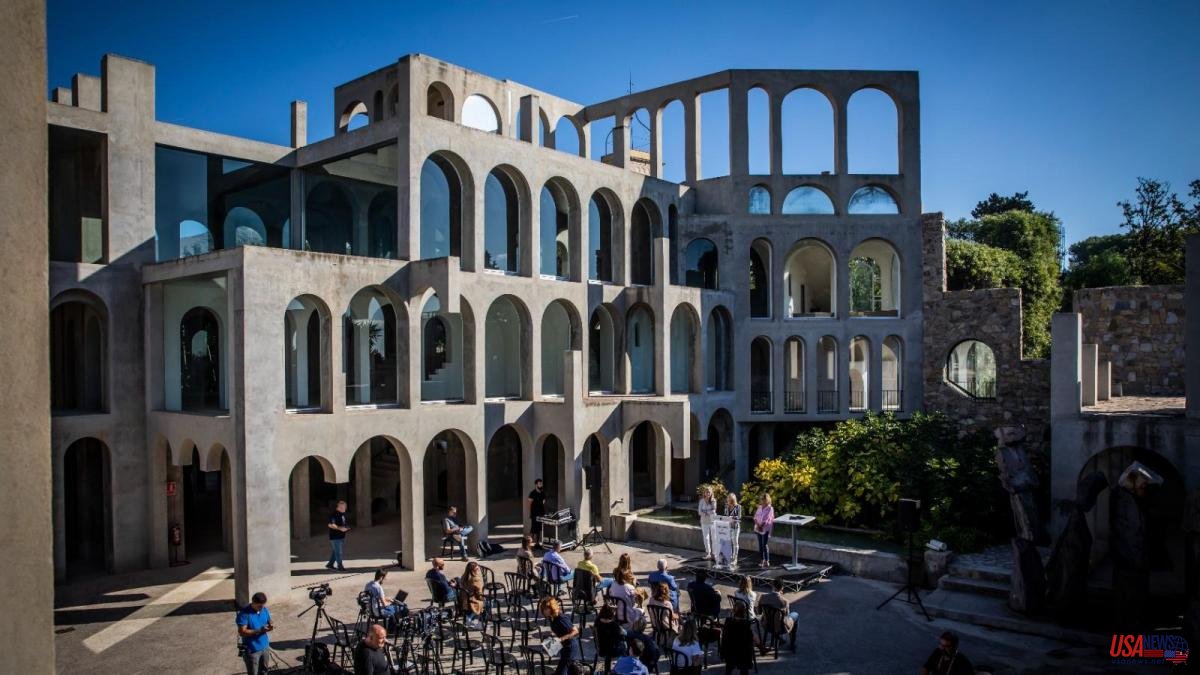 Behind a discreet door in the old town of Esplugues de Llobregat is the Espai Corberó. Also known as Casa dels Cecs, it is one of the great works of the sculptor Xavier Corberó, an internationally recognized artist. Five years after his death, the City Council of the town of Baix Llobregat has formalized the purchase of this hidden jewel for three million euros.

The Espai Corberó is a habitable building conceptualized as a sculpture that began to be built in 1968. The Esplugues de Llobregat Art Activities and Research Center was built there. With several floors, it was a residence for other artists and has patios, ponds, gardens, concrete arcades of various heights and an auditorium with capacity for 250 people in the basement.

It has 1,955 square meters and, as La Vanguardia reported, it is now facing a new life after being the scene of the catwalk shows 080 and being the workshop of the painter who is the protagonist of the film Vicky Cristina Barcelona, ​​by Woody Allen.

The acquisition by the Consistory was formalized this Tuesday. The mayor, Pilar Díaz, explained that the city has attracted international tourism "in a discreet way" but that they aspire to more thanks to the Casa dels Cecs. "Also throughout the historic center", she has pointed out.

And near there are the old Pujol i Bausis factory, converted into the museum of La Rajoleta, or the unique convent of Santa María de Montsió, the one that was moved stone by stone. The mayor commented that the international press had called them to be interested in the operation of Espai Corberó. Even a Japanese media outlet has gotten in touch.

Although it has already been confirmed that guided tours will be carried out by appointment and some municipal events will be organized, the truth is that the City Council is preparing a use plan for the enclave.

It will be open to the public, although that does not mean that it will always be available. "It must be accessible, but it is a very unique space. It is in a fantastic state of conservation," Díaz described. It is also intended that the purchase by the City Council ensures that the space continues in good condition.

"We couldn't take it all as it deserves, but we didn't want to sell it to just anyone," acknowledged Corberó's widow, Midu Rica. "The City Council will preserve the space as it is", she has congratulated herself. "When I want to evoke good memories, I look at photos from here," she said with emotion.

"It is a joy that this space belongs to the town where I was born and that I love", proclaimed Anna Corberó, the artist's daughter. His father was one of the most unique Catalan sculptors of the 20th century. Now part of his legacy is already public.