Espanyol stars in a horror show in San Sebastián

San Sebastián woke up sunny, inspiring an end to the summer that seems to be lengthening. 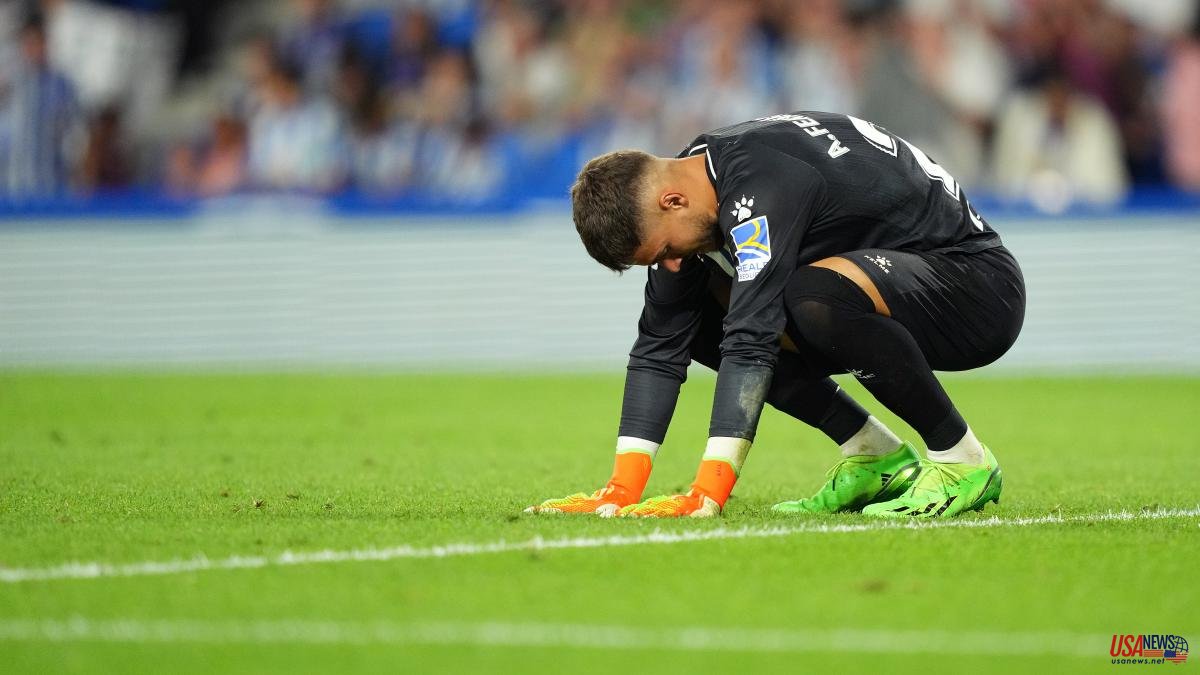 San Sebastián woke up sunny, inspiring an end to the summer that seems to be lengthening. This is how the stately Bella Easo received the most glamorous film festival in the country, which yesterday raised the curtain. And to start with its billboard, it offered a drama in which the catastrophe was guessed almost from the labels. That was what Espanyol experienced at the Reale Arena at the hands of Real Sociedad. The sinking was similar to that of the Titanic, with a sinkhole through which the water entered that multiplied until it made its survival impossible. Álvaro Fernández gave a goal to Sorloth, and Vini Souza another to Brais Méndez. The strategy and the heroic in the end was the only thing that Espanyol proposed one more day. Too little when you have an army with several vituosos in front of you.

La Real de Alguacil knows how to make pil-pil cod very well. So much so that every time you visit his house he makes one for you, and every year he improves it a little more, almost imperceptibly. Possibly if he tried to do something else it would not be as extraordinary, but when the recipe is the one he has been practicing for several courses, he goes one step further each time. The secret of this Real, like that of the delicious cod sauce, is slow cooking that makes all the elements emulsify with each other so that, in addition to being favorable, the result is eye-catching.

Faced with this menu, Espanyol offered the only thing they can, which is a Numantine defence. Transformed into Celtiberian girders, Diego Martínez's men brought passion and sacrifice to try to get out of the feeling of constant provisionality that they transmit in this turbulent start to the season. As had been intuited for weeks, Martínez put aside the usual daily menu and ordered the letter. In this case he demanded more defense after the outbursts of his defense in recent weeks. Thus, he lined up a line of five to protect himself and sacrificed Puado.

But there was no way. When he is not Cabrera he is Álvaro Fernández, and when he is not Vini Souza. It doesn't matter who, because the water leaks are constant and grotesque. As if it were a Berlanga movie, the parakeet goalkeeper starred in one of those surreal blunders that will appear in the summary of absurd plays at the end of the season. He was overconfident to clear a ball in his area and Kubo gave the goal away to Sorloth, a box terminator more for his difficulties in short spaces than for his ability to finish. Espanyol responded quickly thanks to a strategic play from a corner in which Edu Expósito was able to shoot without a mark from the edge of the area. Espanyol's most expensive signing this year scored his second goal.

The draw did not change the locals, who applied the same touch and touch formula to disfigure Espanyol's defensive wall. And among so much repetition, the pianist of this Real, Brais Méndez, appeared. A virtuoso who has found in Donosti the perfect orchestra to shine more than he had done in Vigo. Merino assisted the Galician inside the area and he, with exquisite control and touch, scored the second.

With the ball, Espanyol scored one of terror. But of the bad. One of those in which the victims seek their bad luck. The parakeet team hardly put together three passes, more to look for the ball from above than to combine to progress with patience. Diego Martínez has given up the ball. His proposal is physical. Look for second plays with the pressure after loss, which greatly reduces their chances in the opposite field. Only at the end, when he changed the system, did he manage to bother a Real that was not very forceful.

Because the chances of the locals were a constant, like torture. Sorloth had several, but her spikes were never accurate. Aritz was close with a header and Silva's shot went wide. He forgave the San Sebastian team, but did not pay because first Joselu and then Puado did not succeed in the typical and final parakeet rush to try to avoid the inevitable.

Incidents: 31,511 spectators at the Reale Arena. The players of both teams made a pass for the Orio t-shirts, winners of the women's competition of the La Concha Flag.